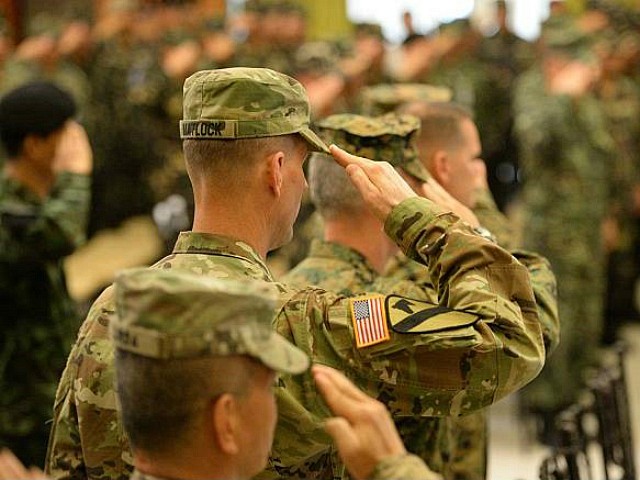 Army Chief of Staff Gen. James McConville admitted Thursday during a Senate hearing that the Army’s recruiting difficulties and its plan to reduce numbers accordingly would leave the force too small.

The Army is reducing its total active-duty force numbers over the next several years due to recruiting difficulties — an unprecedented step, according to some military experts.

The Army announced in March that the end strength, or total number of forces, would go from 485,000 active-duty soldiers currently to 476,000 in fiscal year 2022, which ends in September, and further down to 473,000 in fiscal year 2023. It is the lowest it has been since World War II, according to the Military Times.

Inhofe noted that in 2018, then Army Chief of Staff Gen. Mark Milley testified that the Army was aiming to get north of 500,000 and that McConville himself, last year, said he thought the number should be somewhere around 540,000 to 550,000.

He asked McConville, “Is it still your best military judgement that we require an Army greater than 500,000?”

McConville responded, “Well, Senator, I think we need a bigger Army. I stand by the comments I made before.”

However, he suggested that he did not want to reduce standards to keep end-strength higher.

“I also think quality is more important than quantity,” he said. “Right now, 83 percent of the young men and women that are coming into the Army are coming from military family members and, you know, it’s nice that it’s the military family business. We need this to be an American family business. We need to attract others. We need to expose others to the benefits of serving their country,” he said.

The recruiting difficulties are occurring despite the Army launching a recruitment campaign targeted to Generation Z that featured cartoons of real soldiers who were either females or racial minorities.

Retired Army Lt. Gen. Thomas Spoehr, director of the Heritage Foundation’s Center for National Defense, told Breitbart News in an interview in March, “There is a sense among the American public that the military is becoming increasingly political and that topics such as race and gender equity, critical race theory, and wokeism in general are commanding more attention, at the cost of readiness.”

At the same time the Army is facing recruiting difficulties, it is set to discharge potentially thousands of soldiers for not complying with the Biden administration’s vaccine mandate. Many of those soldiers have requested religious accommodation to the mandate in order to stay in, but very few have been granted across the military — mostly to those service members who are already on terminal leave.