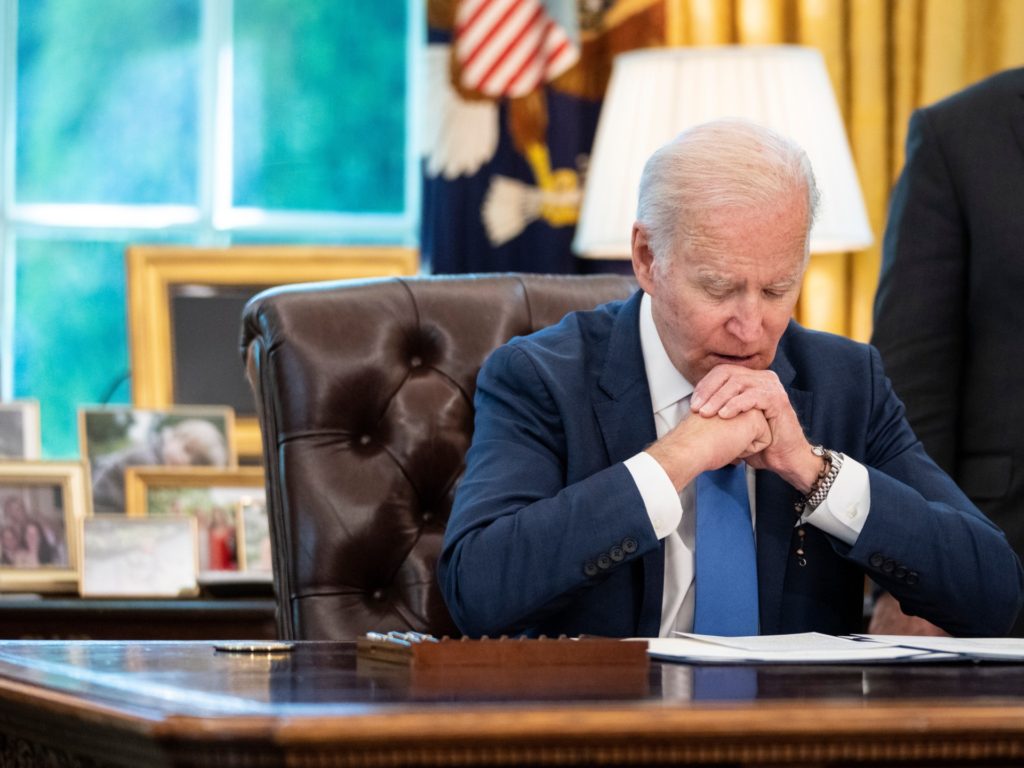 President Joe Biden announced in an op-ed Tuesday evening that he has decided to send advanced rocket systems to Ukraine, marking an increased capacity for Ukrainian forces to hit Russian targets as well as deeper U.S. support in the war.

President Joe Biden announced in an op-ed Tuesday evening that he has decided to send advanced rocket systems to Ukraine, marking an increased capacity for Ukrainian forces to hit Russian targets as well as deeper U.S. support in the war.

He argued that the war will end with negotiations and Ukraine should be in the “strongest possible position” at the negotiating table. He said, “I’ve decided that we will provide the Ukrainians with more advanced rocket systems and munitions that will enable them to more precisely strike key targets on the battlefield in Ukraine.”

The systems reportedly are the mobile artillery launchers known as Multiple Launch Rocket Systems (MLRS), which have a farther range than the systems Ukraine has now and can move on tracks, as well as light multiple rocket launchers known as High Mobility Artillery Rocket Systems (HIMARS), which have wheels. Both systems would enable Ukraine to strike Russian forces from a farther distance.

Biden denied that his administration wanted to see war between NATO and Russia, or Russian President Vladimir Putin’s ouster, or U.S. forces directly involved in the conflict.

U.S. President Joe Biden speaks to reporters before signing the Ukraine Democracy Defense Lend-Lease Act of 2022 in the Oval Office of the White House May 9, 2022, in Washington, DC. (Photo by Drew Angerer/Getty Images)

He added, “We are not encouraging or enabling Ukraine to strike beyond its borders.”

Prior to Biden’s announcement, his administration had equivocated for weeks on whether it would send the advanced rocket systems, reportedly out of concern that Ukrainian forces could use them to strike targets inside Russia and broaden the war and NATO’s involvement in it.

In fact, Biden on Memorial Day suggested the U.S. would not be sending the systems, which could be used to hit targets inside Russia.

But the administration reportedly secured an assurance from Kyiv that the systems will not be used to strike targets on Russian soil, officials said in a background briefing before Biden’s announcement.

The support comes at a critical time in the war, as Russian forces are regrouping and focusing on gaining territory in eastern Ukraine. Pentagon assessments of the war have turned less optimistic since the beginning of the war on February 24, when Ukrainian forces fended off the seizure of Kyiv.