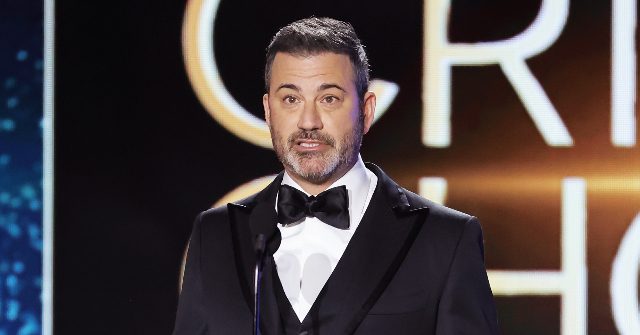 CLAIM: During Wednesday's opening dialogue Jimmy Kimmel said, "There was an armed guard in Uvalde."

CLAIM: During Wednesday’s opening dialogue, Jimmy Kimmel said, “There was an armed guard in Uvalde.”

MOSTLY FALSE: On Wednesday authorities tentatively indicated there was an officer at the school, but on Thursday they said there was not.

Kimmel did not wait for the facts.

Breitbart News noted that the Texas Department of Public Safety (DPS) reported there was no armed school resource officer at the Uvalde school when a gunman entered.

DPS Regional Director Victor Escalon indicated that at 11:28 a.m., after the gunman crashed a pickup truck near the school and began his attack, the gunman climbed a four-foot-high chain link fence around the school and fired at the school as he approached. He also fired at two eyewitnesses at a funeral home nearby. By 11:40 a.m., he had approached the west side of the school. He “was not confronted by anybody” outside the school, armed or otherwise.

Escalon stressed that was no school resource officer on campus, and that the first report came to police at 11:30 a.m.

During his Wednesday night dialogue, Jimmy Kimmel joined the chorus of gun controllers who rejected the role of a good guy with gun based on the false belief that there had been an armed guard at Uvalde.

Kimmel said, “If your solution to children being massacred is armed guards, you haven’t been paying attention to what’s going on.” He then noted that an armed guard was present in Buffalo and mentioned there was an officer in Parkland, although he did not mention the Parkland school officer did not go into the building to confront the gunman.

Then Kimmel said, “There was an armed guard in Uvalde.”

The Texas DPS tells a different story. There was no armed guard at Uvalde.

Kimmel did not wait for the facts.