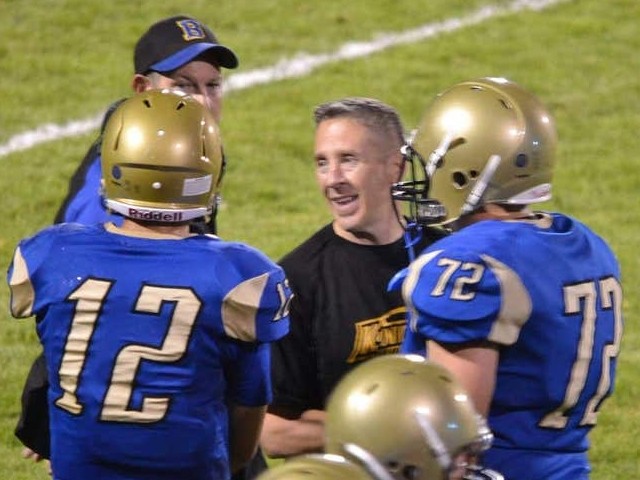 The Supreme Court on Monday sided 6-3 with a football coach who was fired for praying on the field after games, marking another win for religious liberty delivered by the conservative-leaning court.

The Supreme Court on Monday sided 6-3 with a football coach who was fired for praying on the field after games, marking another win for religious liberty delivered by the conservative-leaning court.

The case surrounds high school football coach Joseph Kennedy and Bremerton School District in the state of Washington. Kennedy, a devout Christian who began working at Bremerton High School in 2008, was fired from his role as varsity assistant coach and as the junior varsity head coach after he refused to quit praying on the 50 yard line in full view of the public following games.

Kennedy asserted that the school district violated the Free Speech and Free Exercise Clauses of the First Amendment of the U.S. Constitution. The district also used the First Amendment to justify its argument, claiming that Kennedy’s prayers in view of the public and students following a school-sanctioned event violate the Establishment Clause because his actions could be perceived as a district endorsement of religion.

Justice Neil Gorsuch delivered the majority opinion, ruling that the Bremerton School District violated the Free Exercise Clause and the Free Speech Clause of the First Amendment by firing coach Joseph Kennedy for praying after games. Gorsuch further ruled that the district failed to prove that Kennedy violated the Establishment Clause and overruled the “Lemon test,” a measure of government coercion of religion which some justices have previously called outdated and misused.

“Respect for religious expressions is indispensable to life in a free and diverse Republic—whether those expressions take place in a sanctuary or on a field, and whether they manifest through the spoken word or a bowed head. Here, a government entity sought to punish an individual for engaging in a brief, quiet, personal religious observance doubly protected by the Free Exercise and Free Speech Clauses of the First Amendment,” Gorsuch wrote.

Christian high school football coach Joseph Kennedy was fired in 2015 for refusing to stop kneeling and praying on the field after games. (Screenshot)

“And the only meaningful justification the government offered for its reprisal rested on a mistaken view that it had a duty to ferret out and suppress religious observances even as it allows comparable secular speech. The Constitution neither mandates nor tolerates that kind of discrimination,” he continued.

Gorsuch spoke against both the district court and the U.S. Court of Appeals for the Ninth Circuit, which sided against Kennedy, writing that the lower courts’ interpretation of the Establishment Clause would make all school employee speech “subject to government control.”

“On this understanding, a school could fire a Muslim teacher for wearing a headscarf in the classroom or prohibit a Christian aide from praying quietly over her lunch in the cafeteria,” he wrote.

Gorsuch also clarified that the Establishment Clause, the Free Exercise Clause, and the Free Speech Clause have complementary purposes, “not warring ones where one Clause is always sure to prevail over the others.”

“In this way, the District effectively created its own vise between the Establishment Clause on one side and the Free Speech and Free Exercise Clauses on the other, placed itself in the middle, and then chose its preferred way out of its self-imposed trap,” he continued. “To defend its approach, the District relied on Lemon and its progeny. In upholding the District’s actions, the Ninth Circuit followed the same course.”

Gorsuch proceeded to eviscerate Lemon, noting the the district’s claim that Kennedy “coerced” students to pray with him were unfounded. The justice explained that the Lemon Test “invited chaos” into lower courts and “created a minefield for legislators.”

“This Court has since made plain, too, that the Establishment Clause does not include anything like a modified heckler’s veto, in which . . . religious activity can be proscribed based on ‘perceptions’ or ‘discomfort,’  he wrote.

“In place of Lemon and the endorsement test, this Court has instructed that the Establishment Clause must be interpreted by ‘reference to historical practices and understandings,’” he continued.

Both Justices Clarence Thomas and Samuel Alito wrote concurring opinions; Justice Sonia Sotomayor, joined by Justices Elena Kagan and Stephen Breyer, dissented. Sotomayor argued that the majority decision is a “disservice” to the separation of church and state, and is “no victory for religious liberty.”

First Liberty Institute, which represented Coach Kennedy, disagreed with Sotomayor’s assessment, calling the decision a “tremendous victory” for Kennedy, “and religious liberty for all Americans.”

“Our Constitution protects the right of every American to engage in private religious expression, including praying in public, without fear of getting fired. We are grateful that the Supreme Court recognized what the Constitution and law have always said – Americans are free to live out their faith in public,” Kelly Shackelford, president, CEO, and chief counsel for First Liberty said.

Together, we WON for Coach Kennedy at the Supreme Court! Stay tuned as we unfold the victory! pic.twitter.com/HavmkzzexX

“This is another tremendous victory for the Constitution and rule of law,” agreed former Ambassador Ken Blackwell, senior adviser at both the Family Research Council and the America First Policy Institute. “This highlights yet again the incredible contribution that President Trump made to our nation’s highest court, which in the same week it upheld the Second Amendment and returned abortion to the states has now also upheld the original public meaning of both free speech and religious liberty in the First Amendment.”

“After seven long years, Coach Kennedy can finally return to the place he belongs – coaching football and quietly praying by himself after the game. This is a great victory for Coach Kennedy and the First Amendment,” Clement said.

Coach Kennedy released a statement too, saying, “This is just so awesome.”

“All I’ve ever wanted was to be back on the field with my guys. I am incredibly grateful to the Supreme Court, my fantastic legal team, and everyone who has supported us. I thank God for answering our prayers and sustaining my family through this long battle,” he said.

The case is Kennedy v. Bremerton School District, No. 21-418 in the Supreme Court of the United States.