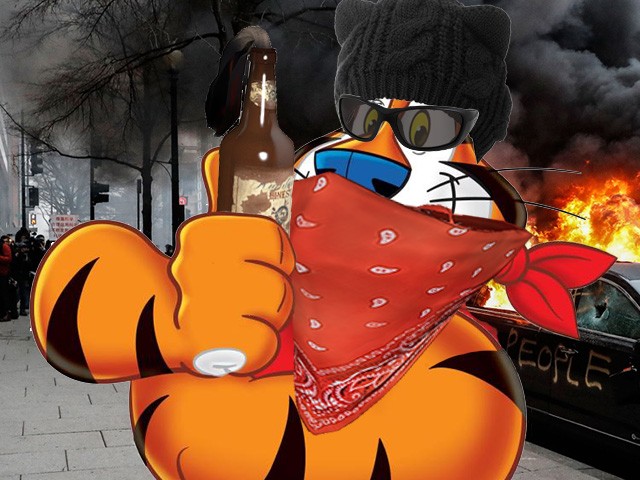 The Kellogg Company, one of the original perpetrators of Woke Capitalism, said Tuesday that it is breaking itself up into three independent companies.

The company will split into three publicly-traded companies whose names will be determined later, Kellogg said. The break-up, which is expected to be a tax-free transaction, has been approved by its board of directors.

“Kellogg has been on a successful journey of transformation to enhance performance and increase long-term shareholder value,” said Steve Cahilane, the company’s chief executive and board chairman.

Every time an American family picks up a box of Kellogg’s cereal at the grocery store, it is contributing to the wealthy radical leftwing foundation that agitates for open borders, supports George Soros’s Open Society Insitute, and pushes a host of leftwing causes.

The W.K. Kellogg Foundation is the largest shareholder of the Kellogg Company. According to its 2016 tax filing, the Kellogg Foundation’s trust owns approximately $5.2 billion of stock in the company, about 20 percent of the company’s equity. The other large holders are mostly passive investors such as mutual funds and their ownership is a fraction of the foundation’s. That means that the foundation effectively controls the famous cereal company.

Back in 2016, the Kellogg Company called for a blacklist of Breitbart, saying that the news organization did not reflect its values. This prompted a #dumpkellogg’s boycott in response that AdWeek described as inflicting huge damage to the company’s reputation.

Kellogg shares have been volatile over the past five years but have failed to gain value. Five years ago, the stock traded at around $70 a share. On Monday, shares were around $67.50. Year-to-date, however, the stock has gained around four percent, outperforming the major indexes which recently entered into bear market territory. Shares were trading around $73 at the time Kellogg announced its blacklisting of Breitbart. The all-time high was around $81 a share in the spring of 2016.

The new businesses will be divided into a global snacking company, a North American cereal company, and a plant-based food company.