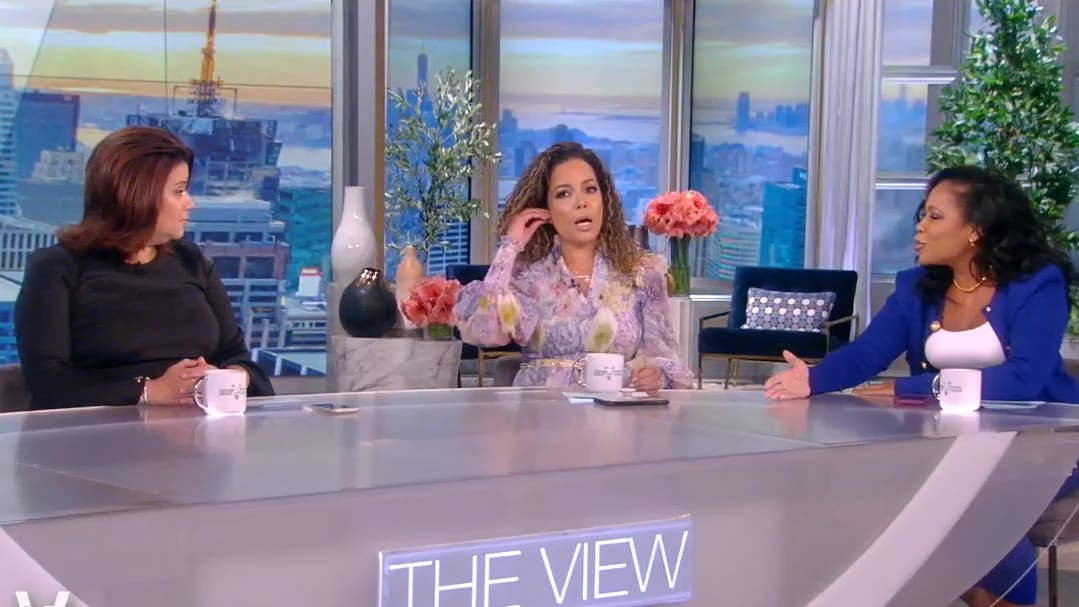 The Harpies of ABC’s The View were having paroxysms over White House Press Secretary Jen Psaki’s replacement Karine Jean-Pierre. Jean-Pierre was Deputy Press Secretary, and covered for Psaki when she was out because of COVID—double vaxxed and boosted, yet Psaki still contracted the virus twice within a 140-day period. Jean-Pierre will pick up the mantle […]

The Harpies of ABC’s The View were having paroxysms over White House Press Secretary Jen Psaki’s replacement Karine Jean-Pierre. Jean-Pierre was Deputy Press Secretary, and covered for Psaki when she was out because of COVID—double vaxxed and boosted, yet Psaki still contracted the virus twice within a 140-day period.

Jean-Pierre will pick up the mantle on May 13, after Psaki leaves the Oval Office for her lucrative MSNBC gig.

Jean-Pierre is the first Black White House Press Secretary, and also the first LGBTQ Triple Plus one—that we know of. I fail to see why this is a big deal. Press Secretaries are merely mouthpieces of their administration, and they turn over faster than a pancake. A press secretary’s job is to disseminate and explain the administration’s policies and stance, as well as set the tone. Otherwise, there is nothing special about most of them. A few have been standouts either because of their blatant chicanery and manipulation or because of their actual ability to articulate policy, set the tone, and work the room of reporters. Barack Obama’s spox Jay Carney would be in the former category; George W. Bush spox Tony Snow would be in the latter.

Because no conservative woman with sense will take up Meghan McCain’s mantle, The View has had a revolving door of “Republican” female guests to add to the regular host’s commentary. Today it was news correspondent Lindsey Granger, who brought up a potential conflict of interest issue (shocker) with Jean-Pierre being the White House Press Secretary while being married to CNN anchor Suzanne Malveaux. Remember the Cuomo brothers? Yeah, you get the picture.

It’s a legitimate concern, but Fauxpublican Ana Navarro tried to diminish Granger’s point, calling her a “supporter of Trump,” which Granger quickly countered. Granger went on to say that she was a “Black woman first” and there were many things she did not like about Trump, but she wasn’t afraid to talk about her “conservative values.”

“Are you a Republican?”

Granger responded, “Yes, Sunny,” and tried to continue her point. Hostin then interrupted,

“I feel like that’s an oxymoron, a Black Republican.”

Granger then pointed to Ana Navarro as an example of a Latina Republican Fauxpublican. Hostin responded,

“I don’t understand either of you,” as she rolled her eyes.

“You don’t understand yourself.”

A speck of truth in the grain bin. Then Granger interjected this zinger:

“Why? You say you feel it’s an oxymoron, but you’re a Catholic, yet you aren’t pro-life.”

Hostin ignored that, and interjected again,

“I don’t understand either of you,” as she either adjusted her earring or played with her earpiece.

Navarro quickly ended the segment by sending up another cheer “celebrating” the appointment of Karine Jean-Pierre.

If Narvarro was actually anything but a shill, she would have articulated why as a LatinX, she chooses to be a Republican. Had Granger been given the time, she would have been able to expound upon those “conservative values,” she claims she holds.

Hostin is simply a product of her environment. The legacy media bubble that perpetuates the caricature of Black Republicans rather than actually being curious about why we choose this party over the Democrat Party, and what that means for many of us.

Hostin is a lawyer and the legal analyst for ABC News on top of her hosting duties at The View. The legal background gives one pause, since she vociferously made excuses for Jussie Smollett when he was supposedly assaulted by MAGA supporters in 2019, then when the so-called hate crime was proven to be a hoax and Smollett was charged, Hostin made excuses for him. Smollett is apparently the kind of Black that Hostin understands. So is Colin Kaepernick, who she slathers over. Hostin’s interview with the failed NFL quarterback is front and center on her website, and she retweets news articles and videos about him like she’s giving out candy.

Her heroes are not like Granger and those icky Black and Latino Republicans that she doesn’t understand, and probably doesn’t care to.

As a legal analyst, she made truly boneheaded comments during the Kyle Rittenhouse trial, spouting the blatant falsehood that Rittenhouse had killed two victims, when that was never in evidence. Hostin has also weighed in on the 2nd Amendment and how it was designed to protect slavery.

A Notre Dame Law degree isn’t worth as much as it used to, I guess.

Hostin’s husband is a sports medicine doctor and an orthopedic surgeon. I doubt if either one of them has lived among any real Blacks or Latinos in decades. Hostin just penned a book about The Oak Bluffs on Martha’s Vineyard. If you regularly frequent The Vineyard it means you’re in rarified company that only certain kinds of Blacks and Latinos will ever frequent.

So, for her to derisively dismiss Black and Latino Republicans as something she doesn’t understand is less a reflection on these groups and more a reflection on the self-loathing she has for herself. Her given name is “Asunción,” yet she goes by “Sunny.” At least Navarro sticks to her dark hair, while Hostin dyes hers blonde.

Granger is correct: Hostin doesn’t know herself, and probably doesn’t want to, since her goal is to be worlds removed from that Latina-Black girl from the Bronx. Like AOC, Hostin spouts about her race in order to give herself supposed street cred, while living her life of privilege—a privilege she rails against for everyone else. Hostin cloaks herself in her progressive, social justice, WOKE mantle while pretending to be “in touch” with what Blacks and Latinos are really about; playing the progressive champion of the marginalized and underprivileged.

And therein lies the rub. Blacks and Latinos become Republicans because we are not looking for saviors or champions, we are looking to be left alone to pursue our Constitutional liberties. Not all Republicans stand for this, but we know every Democrat stands against it. The freedom to raise and educate our children as we see fit without government interference. The freedom to pursue the American Dream through entrepreneurism, land ownership, and the right to safeguard those things through the 2nd Amendment. After decades of voting Democrat, many have seen the damage that has been wrought through this government savior mentality, and we prefer to go a different road.

Conservative values and Republican tenets are diametrically opposed to the destructive, tone deaf, and paternalistic policies and practices of Democrats. But when you swim in the progressive stew that Sunny Hostin regularly frequents, you can only roll your eyes and claim to not understand.

And you never will.