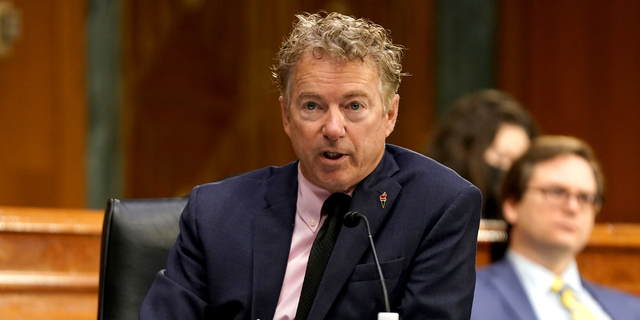 All-American swimmer Riley ,Gaines is supporting Senator Rand Paul’s re-election bid, stating he is “not afraid to fight for fairness” in a new campaign ad. Gaines says she thinks the Biden administration is “absolutely not pro-women” and have “regressive” policies.

EXCLUSIVE: The All-American swimmer who became an outspoken advocate for women’s athletics after competing against transgender swimmer Lia Thomas is supporting Sen. Rand Paul’s re-election bid, and says Paul is “not afraid to fight for fairness” in a new campaign ad.

“I trained from an early age, giving it my all to achieve my dream,” Riley Gaines says in the 30-second ad. “And I accomplished it, becoming a 12-time All-American swimmer at the University of Kentucky. But for girls across America that dream is being taken away by men competing in women’s sports. Sadly, few stood up for me.”

“But Rand Paul is not afraid to fight for fairness for women and girls, and that’s why I’m supporting him,” she says.

The Kentucky Senator has been an outspoken critic of transgender athletes competing in sports corresponding with their gender identity. “I will always fight for fairness,” Paul says in the ad.

Gaines competed against Lia Thomas, the transgender swimmer for the University of Pennsylvania, in her senior year at the 200-meter race at the NCAA Championships, one of the most competitive events in swimming. After tying with Thomas down to the hundredth of a second, Gaines said Thomas was given the trophy for “photo purposes” while Gaines had to wait for hers to be sent to her in the mail.

Gaines told Fox News Digital in an interview she thinks the Biden administration is “absolutely not pro-women” and is pursing “regressive” policies.

“No one wants their daughter in the situation that myself and other female athletes have been in,” Gaines said. “So to have someone willing to fight for that, it really means a lot.” 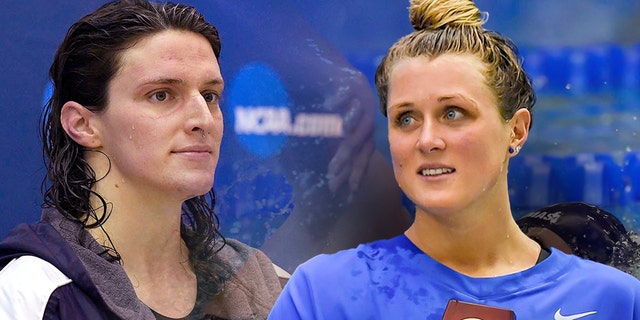 University of Pennsylvania swimmer Lia Thomas and Kentucky swimmer Riley Gaines react after finishing tied for 5th in the 200 Freestyle finals at the NCAA Swimming and Diving Championships on March 18, 2022 at the McAuley Aquatic Center in Atlanta. (Rich von Biberstein/Icon Sportswire via Getty Images)

Gains said she took “for granted” Title IX, the 1972 civil rights law that prohibits sex discrimination. She said it was not until her senior year of college that she realized “sacrifice and the fight these women put in to get to the point that we were at. And now that it’s kind of unfolding before my eyes to what it looked like before… it is so heartbreaking.”

While Gaines believes the Biden administrations’ policies are “absolutely not pro-women,” both Paul and Gaines said the issue of fairness in women’s sports transcends politics.

“I hate that this is even political. I don’t even think it should be,” Gaines said.

“Most people in this country don’t think this is right. But I will say the people who do think it is right are typically on the left. And so, I think they’re looking at this as progressive,” she said. “But this is so far from progressive. This is totally regressive. It’s a 180 to what people fought the last 50 years for.”

“It’s not really a Republican or Democrat issue – no one thinks this is fair,” said Paul, who also spoke with Fox News Digital. “It just defies all common sense for anybody to believe that men should compete with women.” 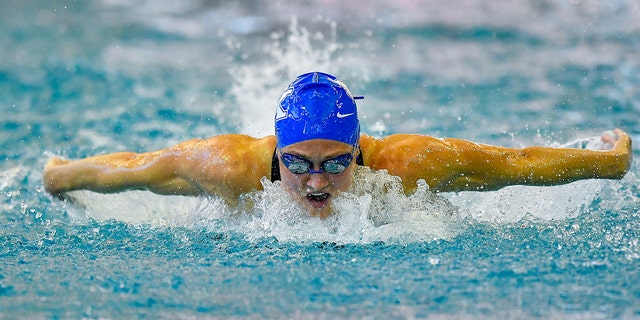 The junior GOP Kentucky senator is up for re-election on Nov. 4.