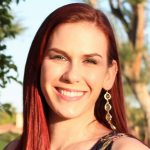 A construction crew working on a site near Oracle Park in San Francisco heard strange noises coming from some of the materials on Friday night. They traced the noise to...

A construction crew working on a site near Oracle Park in San Francisco heard strange noises coming from some of the materials on Friday night. They traced the noise to a collection of pipes that hadn’t yet been installed and spotted the furry gray head of a young fox poking through an opening in one pipe.

Thinking the fox was just cautious, the crew tried to lure it out, but it wouldn’t budge. A security guard even left a French fry close by to try to coax the critter out, but they soon realized it was stuck.

San Francisco Animal Care and Control was contacted in the morning, and Officer Meagan Clarke knew more help would be needed to free the creature.

They then contacted the San Francisco Fire Department, which arrived on the scene and started helping at about 1:30 pm on Saturday. In all, it took power saws, cooling water, baby oil and multiple rescuers to remove the baby fox — but they did it.

Once the fox was free, it was handed over to the Yggdrasil Urban Wildlife Rescue, where director Lila Travis gave it three baths to remove all the gunk from its coat.

“She is emaciated and dehydrated but doing surprisingly well considering,” Travis told SFGATE. “Our job is to get her stabilized, hydrated and eating on her own, which she is making easy.”

As the young fox enjoyed her meals of thawed mice that previously had been frozen, along with berries and boiled eggs, the rescue team tried to discern where the fox had come from.

“California has several species of foxes that are endangered, and we want to make sure that she is returned to an area that has her species of fox,” Travis explained.

“We are in the process of trying to get that information from the company.”

On Tuesday, the rescue shared on Facebook that they had figured out where the kit had come from and that they plan to take her back once she is a little older and has recovered fully from her ordeal.

Locals Work Together to Save Suicidal Woman: Officer Dives to Grab Her Leg as She Jumps Off Bridge

“We have pinpointed the grey fox colony that this little six-week-old girl likely originated from, by the address where the pipe was located before being shipped to SF,” the post stated. “When she is ready, the kit will be returned to her colony. This is just great news!

“We look forward to reuniting her once she is old enough. We thank you all for your wonderful support and interest. We would love to have you join us and support our work with all the little ones.”