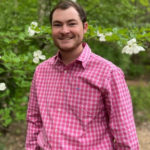 The Walt Disney Company has moved sharply to the left in recent years, and a new plan suggests they will not change course despite negative responses from customers. According to...

The Walt Disney Company has moved sharply to the left in recent years, and a new plan suggests they will not change course despite negative responses from customers.

According to the New York Post, Disney sent an internal memo to employees on Friday following the Supreme Court’s landmark decision to overturn the Roe v. Wade decision.

In the memo, Disney said it would pay for employees to travel to other states if necessary to have an abortion.

In the eyes of Jose Castillo, a Disney employee who is running for Congress in Florida, Disney had a clear motive for sending the memo.

“Disney knew full well that this memo would be leaked and make national news,” Castillo told the Post.

“They sent it anyway because Disney wants to make a political statement and attempt, once more, to influence our country’s political process.”

Disney recently came under fire for including a same-sex kiss in its new “Toy Story” spinoff, “Lightyear.” The company originally pulled the scene from the movie, but it chose to reinstate following the passage of an anti-grooming bill in Florida, Variety reported.

While leftists incorrectly dubbed it the “Don’t Say Gay Bill,” the new law is actually based on parents’ rights. It prohibited teaching about “sexual orientation” and “gender identity” for children in third grade or younger, Fox News reported.

These regulations should not be controversial, because children at this age are clearly not old enough to learn about sexuality or sexual behavior.

Will Disney regret its shift to the left?

Nonetheless, leftists became outraged over the law, and Disney re-instated the same-sex kiss to virtue signal to progressives.

The memo on Friday was yet another example that Disney, which markets its products to children, does not truly care about the safety and well-being of children in America.

“This is yet another attempt by Disney to take a political stance that will inevitably alienate potential customers,” Castillo said.

“As we have seen in recent months Disney’s political activism has hurt the company financially and it is my belief that the Board of Directors is violating it’s fiduciary duty to shareholders by continuing to comment on divisive political matters.”

According to a Thursday report from Yahoo! Finance, the share price for the Walt Disney Company has fallen 47 percent in the last year. The share price has fallen 33 percent over the last three years, which indicates a longer-term issue.

Woke Companies Having Grotesque Reaction to Fall of Roe: Report

This decline is consistent with approval ratings for the company. In May, a Hart Research Associates/Public Opinion Strategies poll found just 33 percent of adults had a favorable view of Disney, Not the Bee reported.

The finding was a 44 percent decrease from 2021, when Disney enjoyed a 77 percent approval rating. Manhattan Institute senior fellow Christopher Rufo said the drop was “a warning to other companies about the cost of going woke.”

The share of Americans with a favorable impression of Disney has collapsed from 77% last year to just 33% today. This is catastrophic reputational damage—and a warning to other companies about the cost of going woke.

Even as customers seemingly fight back, Disney has continued its radical shift to the left. If the numbers are any indication, this decision may come back to bite the company.