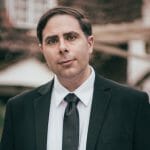 It's not that you should need a sign to know that God doesn't endorse a nation that proclaims a constitutional right to kill the unborn. However, if you need to...

It’s not that you should need a sign to know that God doesn’t endorse a nation that proclaims a constitutional right to kill the unborn. However, if you need to look for one, here you go.

On Friday, in the aftermath of the Supreme Court’s ruling in Dobbs v. Jackson Women’s Health, the stock market rallied and all three of the major Wall Street indexes broke a monthlong losing streak, according to The Washington Free Beacon.

(Here at The Western Journal, we’ll be keeping readers abreast of the developments in the race to preserve the sanctity of human life now that Roe v. Wade has been overturned — all from a Christian, conservative perspective. If you support our work, please consider subscribing.)

“It remained strong and rallied into the close up more than 800 points, capping off the first week of gains this month. Both the S&P 500 and Nasdaq posted gains on Friday of about 3 percent.”

This was the first weekly gain for the markets in three weeks.

U.S. stocks rallied into the close on Friday with all three benchmarks finishing near their highs of the session. Stocks posted their first weekly gain in three weeks.

Of course, President Joe Biden called Friday “a sad day for the country.”

Do you believe God approves of the Supreme Court’s ruling?

“We need to restore the protections of Roe as law of the land. We need to elect officials who will do that,” Biden said, according to CNBC.

And remember, we were reliably informed by the American left that overturning Roe v. Wade would have horrible implications for the economy.

Why? Because women need to be able to work and be productive, of course. If a woman is raising a child, she can’t put in 40 hours a week (well, more like 50 or 60) at the office or on Zoom calls.

Watch as Biden Shakes and Screams During AFL-CIO Speech

Take this representative piece of drivel from Kate Bahn, one of MSNBC’s opinion columnists:

“Bodily autonomy interacts with self-determination across society, including the economy. When workers of any gender don’t have a voice or control over their lives, they are disempowered in the labor market, too — and this can have a negative effect on the American economy writ-large,” she wrote.

“The link between bodily autonomy and economic opportunity is likely intuitive to anyone who can get pregnant. In the 49 years that women have had a legal right to an abortion, they have had greater assurance and control over when and whether to start a family, allowing them to better share in economic growth,” Bahn continued.

“This is because planning one’s family shapes one’s deployment of their skills and interests, and research shows how abortion access expansion in the 1970s was directly linked to increased educational attainment, greater labor force participation, and higher earnings.”

Forget that this argument doesn’t even touch upon whether an unborn child is a human life or whether Roe was correctly decided.

If people really bought the line that economic attainment was tied to the right to an abortion, obviously, the first reaction to Dobbs would have been a market plunge. Instead, well — the results speak for themselves.

Of course, there’s no way to know whether this was a blessing and a sign from God. Maybe it was, maybe it wasn’t. It does, however, act as a rejoinder to people with hot takes on abortion like this:

Jesus is, in fact, not pro-choice when it comes to killing the unborn. God blesses those who protect life and punish evil. The Supreme Court did the first of those things on Friday, and its decision paved the way for states to do the second.

Psalm 128:4 says, “Behold, thus shall the man be blessed who fears the Lord.” Proverbs 14:34 reads, “Righteousness exalts a nation, but sin is a reproach to any people..”

It’s impossible to say whether this was divine providence. However, there’s only one way to open the door for those blessings. On Friday, the Supreme Court took it.