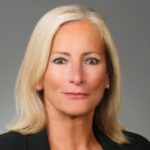 A September 2018 letter from the Obama Foundation to then-Archivist of the United States David S. Ferriero has some of us scratching our heads over the FBI's unprecedented Aug. 8...

A September 2018 letter from the Obama Foundation to then-Archivist of the United States David S. Ferriero has some of us scratching our heads over the FBI’s unprecedented Aug. 8 raid on former President Donald Trump’s home in South Florida.

In the letter, the executive director of the Obama Foundation, Robbin Cohen, discusses the terms under which the foundation would work with the National Archives and Records Administration to safeguard presidential materials while it digitized the records.

Meanwhile, the facility housing the material has been described in published reports as a “warehouse” and “former furniture store.” It also sounds none too secure.

In the letter, Cohen stated that the material contains classified records and artifacts and that they were currently being stored at a facility in Hoffman Estates, a municipality outside Chicago. He explained the material would be moved to facilities that “conform to the agency’s archival storage standards,” which certainly sounds like an admission that the Hoffman Estates site did not conform to NARA’s storage standards.

Cohen wrote, “The Obama Foundation agrees to transfer up to three million three hundred thousand dollars ($3,300,000) to the National Archives Trust Fund (NATF) to support the move of classified and unclassified Obama Presidential records and artifacts from Hoffman Estates to NARA-controlled facilities that conform to the agency’s archival storage standards for such records and artifacts, and for the modification of such spaces. The first transfer of $300,000 was already made on August 9, 2018. An additional interim transfer will be made within 180 days of that date. Subsequent payments are subject to the negotiation of terms of the digitization process and museum operations.” (Emphasis added.)

Yet, five years later, the records are still being stored at a location that apparently does not “conform to the agency’s archival storage standards.”

On Aug. 8 of this year, just days before the FBI’s raid on Trump’s home in Palm Beach County’s Mar-a-Lago Club, The Daily Herald, a suburban Chicago newspaper that covers the village of Hoffman Estates, reported:

“While no firm date has been announced for the completion and opening of the Barack Obama Presidential Library near the University of Chicago, its future contents will stay in Hoffman Estates for four more years. Village board members unanimously approved an extension to the special-use permit that enables landlord Hoffman Estates Medical Development LLC to lease the 74,200-square-foot former Plunkett Furniture store at 2500 W. Golf Road to the National Archives and Records Administration through Dec. 31, 2026.” (Emphasis added.)

Does this proveTrump is being judged by a double standard?

The Herald reached out to NARA about the extension to the lease. However, it reported that, “As in 2016, representatives of the National Archives and Records Administration did not immediately respond to a request for comment.”

Apparently, the storage of former President Barack Obama’s classified and unclassified documents at this facility has been common knowledge among area residents for years.

A March 2019 article on the website of WBEZ-FM, a Chicago public radio station, website was casually titled, “What’s That Building? Why This Hoffman Estates Warehouse Stores Barack Obama’s Presidential Papers.”

It begins by telling readers, “If you drove past this suburban building, you likely wouldn’t suspect it houses the classified and non-classified documents from Barack Obama’s eight years as president. … More than 20 truckloads of papers were brought from Washington, D.C., to this shuttered Plunkett furniture store in Hoffman Estates in early 2017.”

It goes on to say that digitizing the documents will allow the Obama Foundation to save “quite a bit of money.”

Adoring Fans Shower Obama as He Leaves Sushi Restaurant, But It Doesn’t Look Like They Noticed Where His Ride Was Parked

And the article explains how it will save money.

It concludes with both a confirmation that the material includes classified documents and a description of how light security at the facility apparently is:

“The documents won’t stay in Hoffman Estates forever. Under the digitizing plan, the National Archives will get custody of all the physical papers once they’ve been put online. The unclassified documents will go to a National Archives storage facility near Kansas City, Mo. and the classified ones will go back to Washington, D.C.

“Until the digitizing work begins, the documents will stay in Hoffman Estates behind the small security gate installed at the parking lot entrance.”

OK, so classified records from the Obama administration are being stored in a former furniture warehouse, which is secured by a “small security gate installed at the parking lot entrance.” This arrangement has been in place for six years and will continue for at least another four years.

In the meantime, Trump administration documents were being stored in a secured room in Trump’s Mar-a-Lago Club home, which is protected by the Secret Service.

NARA is fully cooperating Obama Foundation officials, while Trump is the target of a Department of Justice investigation for possible violations of the Espionage Act.

Can you say weaponization of government agencies against political opponents?