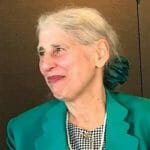 The Supreme Court’s imminent reappraisal of Roe v. Wade’s faulty legalization of abortion has been a long time coming. Roe v. Wade’s author, Justice Harry Blackmun, at the end of his separate...

The Supreme Court’s imminent reappraisal of Roe v. Wade’s faulty legalization of abortion has been a long time coming.

Roe v. Wade’s author, Justice Harry Blackmun, at the end of his separate opinion in Planned Parenthood v. Casey (1992), wrote gravely of “two approaches” to abortion that were “worlds apart.” He predicted that it would be in the confirmation process of Supreme Court justices that the choice between the two worlds would be made.

Now, three decades later, this war of worlds has reached an irrevocable conclusion.

It has been, ultimately, a war between conflicting legal paradigms — legal positivism and natural law.

The transience and instability of positivist law

In the world of Roe v. Wade, positivist law was based on utilitarianism, which endorsed an expansive personal autonomy for women. All was fueled by an exaggerated individualism that rendered all moral truths elastic.

Back in 1973, positivist law insisted that unborn children were not persons; they had no personal right to go on living. Their mothers were awarded hastily improvised women’s “rights” that included ownership and eviction rights over these smallest of children in their wombs.

The counterfeit right for us mothers to choose to consign our own children to lethal treatment could be exercised in a privacy that is not to be “invaded” by the laws of any state.

Do you think Roe v. Wade should be overturned?

The stabilizing permanence of natural law

The world of natural law, on the other hand, is stable and enduring. It upholds universal recognition of all children as members of the human family entitled to “legal protection before as well as after birth.”

As early as 1823, in the first volume of “Elements of Medical Jurisprudence,” Theodric and John Beck asserted:

“Neither movement, nor completeness of anatomic development, nor full organic function is a necessary condition of genuine life. …

The foetus enjoys life long before the sensation of quickening is felt by the mother.

Indeed, no other doctrine appears to be consonant with reason or physiology, but that which admits the embryo to possess vitality from the very moment of conception.

Op-Ed: Liberals May Threaten a ‘Summer of Rage’ Over Roe v. Wade, But They Will Never Win

If physiology and reason justify the position just laid down, we must consider those laws which treat with less severity the crime of producing abortion at an early period of gestation, as immoral and unjust.” [Emphases added.]

Francis Wharton’s scholarly work, “A treatise on the criminal law of the United States” (1861), also affirms the legal status of an infant in the mother’s womb:

“It has been said that it is not an indictable offense to administer a drug to a woman, and thereby procure an abortion, unless the mother is quick with child, though such a distinction … is neither in accordance with the result of medical experience, nor with the principles of common law. The civil rights of an infant in ventre sa mere are equally respected at every period of gestation.” [Emphasis added.]

Roe v. Wade rejected these truths and fashioned an unhinged new world where the privately decided killing of infants was promoted as a defensible good.

Two worldviews — logically and legally irreconcilable — can’t both be right.

Such is the divided world of the United States today. There are two worldviews representing two conflicting valuations of children in their mothers’ wombs. They are logically and legally irreconcilable; they can’t both be right.

When Roe v. Wade was decided in 1973, professor Robert Byrn called it “An American Tragedy,” and he was right.

In the Declaration of Independence, unalienable rights were promised to all of us. In our Constitution, the blessings of liberty were guaranteed to our posterity. Yet they were dismissed as relatively unimportant when new rights — women’s “abortion rights” — were “found” in the Constitution.

From the beginning, constitutional law was based on universal law as taught in Sir William Blackstone’s “Commentaries” to the lawyers who framed the Constitution:

“This law of nature, being coeval with mankind, and dictated by God himself, is of course superior in obligation to any other. It is binding over all the globe in all countries, and at all times: no human laws are of any validity, if contrary to this; and such of them as are valid derive all their force and all their authority, mediately or immediately, from this original.”

The constitutional validity of positive laws depends directly on whether or not they are in conformity with those principles of natural law recognized in the foundational documents of the republic.

The Supreme Court majority returns to the original constitutional principles.

There can be no real surprises in the coming reappraisal of Roe v. Wade. Correction had to come.

The Supreme Court majority justices had only to focus on Roe’s egregious contradiction of the Constitution’s founding principles. Under the rule of law set out in the Constitution, the same equal and unalienable right to life must be secured for our posterity as well as for ourselves.

To this end, a majority of justices have simply returned to honoring the words of the Constitution’s text “according to their clear, plain, and natural signification” (Justice Benjamin Robbins Curtis in his Dred Scott dissent) rather than according to the baseless ideology that produced Roe, Doe and Casey.

In the brash utilitarian world of those decisions, unborn children were disparaged as generic fetuses only; their worth and dignity were subjectively assigned or dismissed as a private matter, a choice.

The majority Supreme Court justices at the time, like Pontius Pilate nearly 2,000 years before, washed their hands of the rule of law and gave the noisiest sector of the people what they wanted.

But truth is not determined by mobs.

The natural law principles that underpin Christian morality are enduring. They have survived the cataclysms of Nazism, communism and a score of other false ideologies.

In the altruistic and civilized world of natural law principles recognized by the Founders at the nation’s beginning, unborn children are to be accorded, under the rule of law, the same inherent and unalienable dignity and equality as every other human being.

Time once more for “the better angels of our nature” to emerge.

In Blackmun’s war of worlds, it is surely the better world that has won.

The war is over.

We must all come together to protect and help every mother and every child before as well as after birth. We must all reconfigure our lives to live without abortion.

Just so did Americans learn to live without slavery after the Civil War.

We would all do well right now to really think about President Abraham Lincoln’s words in his First Inaugural Address as he tried to avert that terrible conflict:

“We are not enemies, but friends. We must not be enemies. Though passion may have strained it must not break our bonds of affection. The mystic chords of memory, stretching from every battlefield and patriot grave to every living heart and hearthstone all over this broad land, will yet swell the chorus of the Union, when again touched, as surely they will be, by the better angels of our nature.”

May the better angels of our nature prevail as America learns again to honor and protect every human being in our care.