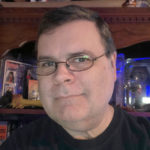 One of transgender swimmer Lia Thomas' opponents revealed the disgraceful way college swimming tournament judges treated her this year after she tied Thomas in the NCAA championships. Appearing remotely on...

One of transgender swimmer Lia Thomas’ opponents revealed the disgraceful way college swimming tournament judges treated her this year after she tied Thomas in the NCAA championships.

Appearing remotely on the “Louder with Crowder” podcast on Thursday, former University of Kentucky swimmer Riley Gaines spoke out about the unfairness of allowing more powerful men who identify as female to compete against women.

But the four-time Southeastern Conference champ also revealed that college officials have gone all-in on the transgender issue and are completely unconcerned when women are slighted in favor of men who claim to be women.

Gaines tied for fifth place with Thomas — with identical times of 1:43.40 — in the 200-yard freestyle at the NCAA championships in March, but the experience wasn’t all smiles for the senior swimmer.

She told host Steven Crowder that she was not given the proper trophy for her fifth-place finish because the judges gave it to Thomas.

Oops, You’re Not Allowed to Talk About That! Press Secretary Cuts Off Reporter for Bringing Up Sensitive Topic

Gaines said that when she went up to the judges’ table, a judge handed her the sixth-place trophy and told her to just stand next to Thomas holding that for the publicity photos. She would be sent the trophy she earned in the mail.

“I questioned him. I said, ‘OK, can I ask you, you know, why you’re adamant on Thomas having the trophy rather than me,’” Gaines said. “And he said, ‘Well, we’re just basing it off chronological order.’

“So at this point, I’m like, ‘OK, well, what are we being chronological about, because maybe I’m missing something, but we tied.’ And he just looked at me and said, ‘Good swim. Carry on.’

“And so that’s when I kind of realized that not only are we forced to compete against men, but we are put on the back burner for men.”

Gaines also told her story to Fox News in April.

“Me and Lia just recently tied at the NCAA championships,” Gaines said on “Tucker Carlson Tonight.” “And honestly, I think the NCAA handled everything extremely poorly, starting from when we finished, and I went behind the podium to collect my fifth-place trophy, and you know, they kind of blatantly told me that Lia would hold the fifth-place trophy and that I could pose with the sixth-place trophy for photos and would be mailed a fifth-place trophy in the mail.”

She went on to say, “And when I kind of questioned it, you know, I asked them, ‘Is there a reason why you’re giving Lia the trophy?’ He just explained to me that, ‘We’re giving it in chronological order.’ And I questioned him again, you know, what does that mean? We tied. What are we being chronological about?

“He kind of blatantly said, ‘We’re just going to give the trophy to Lia. We respect and admire your swim, but Lia needs to hold the trophy.’ I was baffled really.”

Rapinoe Finally Says Out Loud What the Trans Agenda Won’t Admit About Sports, Demands American Parents ‘Get a Grip’

Gaines said she and many other swimmers believe the situation with Thomas competing against women is unfair.

“But just speaking for them, it’s just totally wrong. And I know I can’t speak for everyone, but I am almost certain I’m speaking for a large majority of female athletes, that this is just not OK, and it’s not fair. And, you know, we’re dealing with something that’s completely out of our control when we’re racing, you know, biological males,” she said.

“Whether that be they have, you know, different lung capacities, their high, obviously, testosterone levels, whether you be on testosterone blockers or not, it doesn’t suppress, you know, going through puberty as a male, especially, you know, the one in question who swam three years as a male on UPenn.

“So it’s just completely unfair. And it’s a matter of equity, really.”

Last month, in an interview on Fox News‘ “America’s Newsroom,” Gaines said there is a “‘night and day difference between male and female” athletes.

“Obviously in a sport like swimming, where it is, you know, based on your individual performance, and it requires things like your power and your stamina and your strength and endurance, all these things that women are just typically disadvantaged at over men,” she said.

Gaines added that to pretend the biological differences do not exist “defies logic, reason, science and common sense.”

Should Lia Thomas’ times be erased from the NCAA record books?

It appears that the world of sports is struggling to respond to the unfairness intrinsic to allowing stronger, faster and more powerful men who identify as female to compete against women.

For instance, swimming’s international body, Fina, recently voted to ban any “trans woman” from competing as a woman unless he has “transitioned” before the age of puberty. It is a rule that would eliminate Thomas from women’s competition.

The battle still rages among sports authorities, but it turns out that most Americans agree that athletes such as Lia Thomas are taking opportunities away from female athletes.

A recent Washington Post-University of Maryland poll found that 55 percent are opposed to transgender athletes competing against girls in high school sports and 58 percent oppose it in college sports.