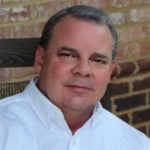 With a number of states having trouble getting enough police officers to patrol the streets, it’s frustrating when those in office can’t do their job. But what’s worse is when...

With a number of states having trouble getting enough police officers to patrol the streets, it’s frustrating when those in office can’t do their job. But what’s worse is when someone takes advantage of her office for political gain.

I’m speaking about Democrat Kim Gardner, who currently serves as circuit attorney for St. Louis. However, that may soon change, considering she’s under investigation for ethics violations.

According to the St. Louis Post-Dispatch, Gardner is under investigation for misconduct surrounding a 2018 criminal case against former GOP Missouri Gov. Eric Greitens. It’s a very messy case, but Gardner is basically accused of failing to provide or omitting witness statements that would’ve been favorable to Greitens’ defense. For good measure, she also allegedly collaborated with former FBI agent William Don Tisaby, who made several false statements about Greitens. Under oath, mind you.

Tisaby is already facing justice in the matter, having pleaded guilty to evidence tampering as well as lying in a state court back in March. But the real question is what will happen to Gardner, who, according to Greitens, is “the worst type of public official, corrupt and crooked.”

This month, a panel in the case recommended that Gardner be reprimanded, though a final decision has not been revealed just yet. However, considering the level of her misconduct, there’s no reason whatsoever she should be let off the hook.

When you take an oath in public office, you are there to serve the public. Period. Not your own personal needs, not the needs of those around you. Your job is to fulfill your role to take care of those in your community.

Instead, Gardner was simply looking out for herself. Failing to address Tisaby about telling the truth is incredibly questionable — not to mention, according to the panel, “one of the most basic responsibilities of a prosecutor.”

The only thing that would allow Gardner to get off the hook is the fact that Greitens was not convicted in the case. He was accused of taking a semi-nude photo of a woman without her permission, but the charges were eventually dropped. With that, Gardner may use the defense that because the evidence used against Greitens was dismissed, there’s nothing to hold against her. I can assure you this is far from the case.

There have been several recommendations for Gardner to be reprimanded and, with a further decision from the panel, charged. She even admitted herself that she “should have been more vigilant in ensuring the prosecution’s discovery obligations.” She admitted it. That leaves me wondering just what the panel, as well as the Missouri Supreme Court, is waiting on when it comes to a decision such as this.

Should Gardner be charged?

And here it is: the fact that Gardner does not have a criminal history. The panel claimed that Gardner’s failure to produce relevant information was “more an issue of negligence than intentional non-disclosure.”

But, again, she admitted that what happened was a significant error. If she’s let off with a slap on the wrist (in this case, a $750 fine), what’s to stop her from making such an error again? One that could affect a public official or, worse yet, a citizen she swore to protect when she took office?

With Tisaby’s conviction, one can hope that the panel won’t just blindly brush this aside. This is an abuse of office, plain and simple. Gardner was simply trying to take down Greitens — without reasonable evidence, no less.

Here’s hoping that justice prevails and the panel holds Gardner accountable for her actions instead of just dinging her wallet.