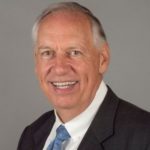 We like to believe that our political leaders are moral men and women who aspire to guide our nation in righteousness. But politics can be a dirty game and capitols...

We like to believe that our political leaders are moral men and women who aspire to guide our nation in righteousness.

But politics can be a dirty game and capitols are places of many temptations. On a regular basis, newspaper headlines expose the deeds of those who have fallen.

Corruption in office is a serious matter that results in severe consequences, not only for officeholders and their associates, but also for political parties and even for nations. Since this dishonesty is so costly a matter in government, what can we do proactively to prevent it? Since corruption does not happen overnight, what lies at its headwaters?

The best place to look for insights is the Bible. The Old Testament psalmist speaks to the progression of corruption in his first psalm.

The first psalm serves as an apt introduction to all the psalms, and in a real sense, it is a sound-bite summary of the whole Bible. What follows is a description of two possible paths that all people choose on the road to their final destiny.

The psalm consists of two contrasting cycles of descriptors. Verses 1-3 depict the godly in contrast to verse 4, which depicts the ungodly. The ends of these two paths are compared in the final two verses. Take note of these contrasting descriptors as you read through the passage:

“How blessed is the man who does not walk in the counsel of the wicked, nor stand in the path of sinners, nor sit in the seat of scoffers! But his delight is in the law of the Lord, and in His law he meditates day and night. He will be like a tree firmly planted by streams of water, which yields its fruit in its season and its leaf does not wither; and in whatever he does, he prospers. The wicked are not so, but they are like chaff which the wind drives away. Therefore the wicked will not stand in the judgment, nor sinners in the assembly of the righteous. For the Lord knows the way of the righteous, but the way of the wicked will perish.”

The parallelism of this psalm represents finely crafted poetic expression in its highest form.

In many verses in Proverbs there is a direct relationship between the righteousness of governing authorities and God’s blessing of a nation. Among them is Proverbs 11:11: “By the blessing of the upright a city is exalted, but by the mouth of the wicked it is torn down.”

Indeed, from the viewpoint of a nation’s citizens, how blessed is the man or woman who provides righteous leadership! Given this relationship between righteous public servants and national blessedness, is it not critically important that one of the highest priorities of the church should be the evangelism and discipleship of present and future governing authorities? (cf. 1 Timothy 2:1-4, Acts 9:15)

What does it mean to walk with God in righteousness, especially when it pertains to governance? How can a believer not be seduced by the corrupt temptations of the world and not become complicit in the ways of the wicked?

In this week’s Bible study, “The Cascade Toward Corruption in Office,” we take a closer look at Scripture to glean God’s wisdom about this serious matter. Click here to read the full study.