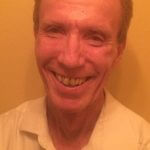 With the Supreme Court poised to begin handing down decisions on cases from the current term, there’s almost no doubt that a new era in abortion law is coming to...

With the Supreme Court poised to begin handing down decisions on cases from the current term, there’s almost no doubt that a new era in abortion law is coming to the United States.

A Mississippi case concerning a law that prohibits abortion after 15 weeks gestation set the stage for an opinion that was leaked to the Washington news outlet Politico earlier this month.

And now, the country could find out as early as Monday if that opinion will stand.

As Fox News reported, the high court is scheduled to begin releasing rulings this week, and the court normally holds off issuing rulings on its highest profile cases until the very end of the term, usually in June.

However, the case of Dobbs v. Jackson Women’s Health Center, which has the potential to overturn the 1973 Roe v. Wade decision that legalized abortion throughout the country, could be an exception.

Already, a fence has been constructed around the Supreme Court building in Washington in preparation for expected large, unruly demonstrations if a pro-life decision is released.

And given the contents of the leaked ruling, written by Justice Samuel Alito with the speculated support of Justices Clarence Thomas, Neil Gorsuch, Brett Kavanaugh and Amy Coney Barrett, the decision could completely restructure the abortion debate — sending it back to individual state legislatures for regulation, rather than keeping it a federal issue.

With that kind of unprecedented advance word already having leaked, and the huge ramifications it could have, the Dobbs’ decision could well be announced early.

The anticipation comes amid heightened concern for the security of high court justices after the homes of the five reported to be supporting an overturn of Roe and the home of Chief Justice John Roberts have been targeted by protesters since the May 2 leak.

Such protests are against federal law, though the Biden administration and Attorney General Merrick Garland have not seen fit to treat them that way.

Ever since the leak, the Department of Homeland security has been gearing up for huge, potentially violent protests against the decision.

Do you think Roe v. Wade will be overturned?

That possibility has to have hung over the Supreme Court itself, as much as it has the rest of the country, so the justices could decide there is little to be gained from withholding the decision for a week or two more simply to continue a traditional practice.

A revolution in American law — one that could reshape the legal and cultural landscape of the past half-century — could be less than a day away.