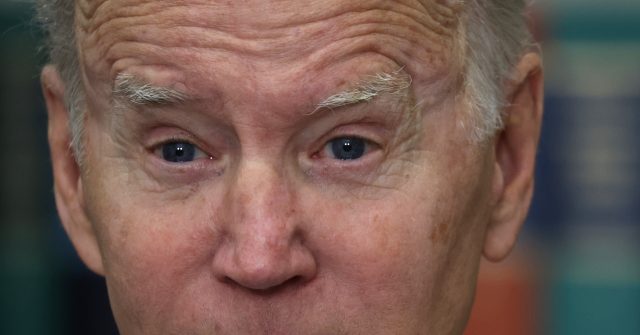 Sixth month in a row of double-digit inflation.

Prices charged by U.S. businesses were up 10.8 percent in May compared with a year ago, the sixth straight month of the government’s producer price inflation gauge running at or above 10 percent.

The Department of Labor said Thursday that its Producer Price Index for final demand rose 0.8 percent in May compared with a month earlier. That represents an acceleration of monthly price gains from April, when prices rose a downwardly revised 0.4 percent month over month.

Economists had expected an annual rise of 11 percent and a monthly increase of 0.8 percent.

The government said index was up 10.9 percent year over year in April, downwardly revised from the initial report of 11 percent. Last month, the March figure was revised up from an initial reading of 11.2 percent to 11.5 percent, the worst pace of PPI inflation in decades.

Excluding food, energy, and trade services, which measure selling margins of retailers and wholesalers rather than prices, PPI rose 0.5 percent for the month and 6.8 percent for the year. The April figure’s annual gains were revised down from 6.9 percent down from 6.8 percent. The month-over-month figure was revised down to 0.4 percent from the previous report of 0.5 percent. So core PPI accelerated on a monthly basis but held steady on a year-over-year basis.

The Producer Price Index (PPI) is sometimes inaccurately described as an inflation index for wholesale prices. Although it was once called the wholesale price index, it has never been focused on wholesale prices. Instead, it is constructed by looking at what businesses that produce goods and services in the U.S. were paid for goods and services, while the better-known Consumer Price Index measures what consumers paid and includes both imports and a stand-in for home ownership called owners-equivalent of rent that isn’t counted in PPI.

“The Wholesale Price Index (WPI) was the name of the program from its inception in 1902 until 1978, when it was renamed the Producer Price Index,” the Bureau of Labor Statistics explains on its website. It explains that: “the term Wholesale Price Index was misleading in that the index never measured price change in the wholesale market.”

The PPI measures prices both for various stages of intermediate demand, businesses selling to other businesses, and final demand, which measures domestic producers selling goods and services to domestic end-users, typically government agencies, consumers, or businesses. The widely reported headline number for PPI is the final demand figure.

The PPI excludes imports and doesn’t count sales taxes, since those are paid to foreign producers and governments. It also includes export prices, which are excluded from CPI because they are paid by non-U.S. consumers.

The target set of goods and services included in the PPI is the entire marketed output of U.S. producers. This includes goods, services, and construction products purchased by other producers as inputs to their operations or as capital investment, goods and services purchased by consumers either directly from the service producer or indirectly from a retailer, and products sold as export and to government.

The CPI looks at the set of goods and services purchased for consumption purposes by urban U.S. households, excluding business purchases for capital investment or as inputs to products, government purchases, and exports. The CPI also excludes prices not paid directly by consumers, such as medical bills paid for by government programs or insurers, that are included in PPI.

[Correction: An earlier version of this story misstated some of the prior month’s revisions.]