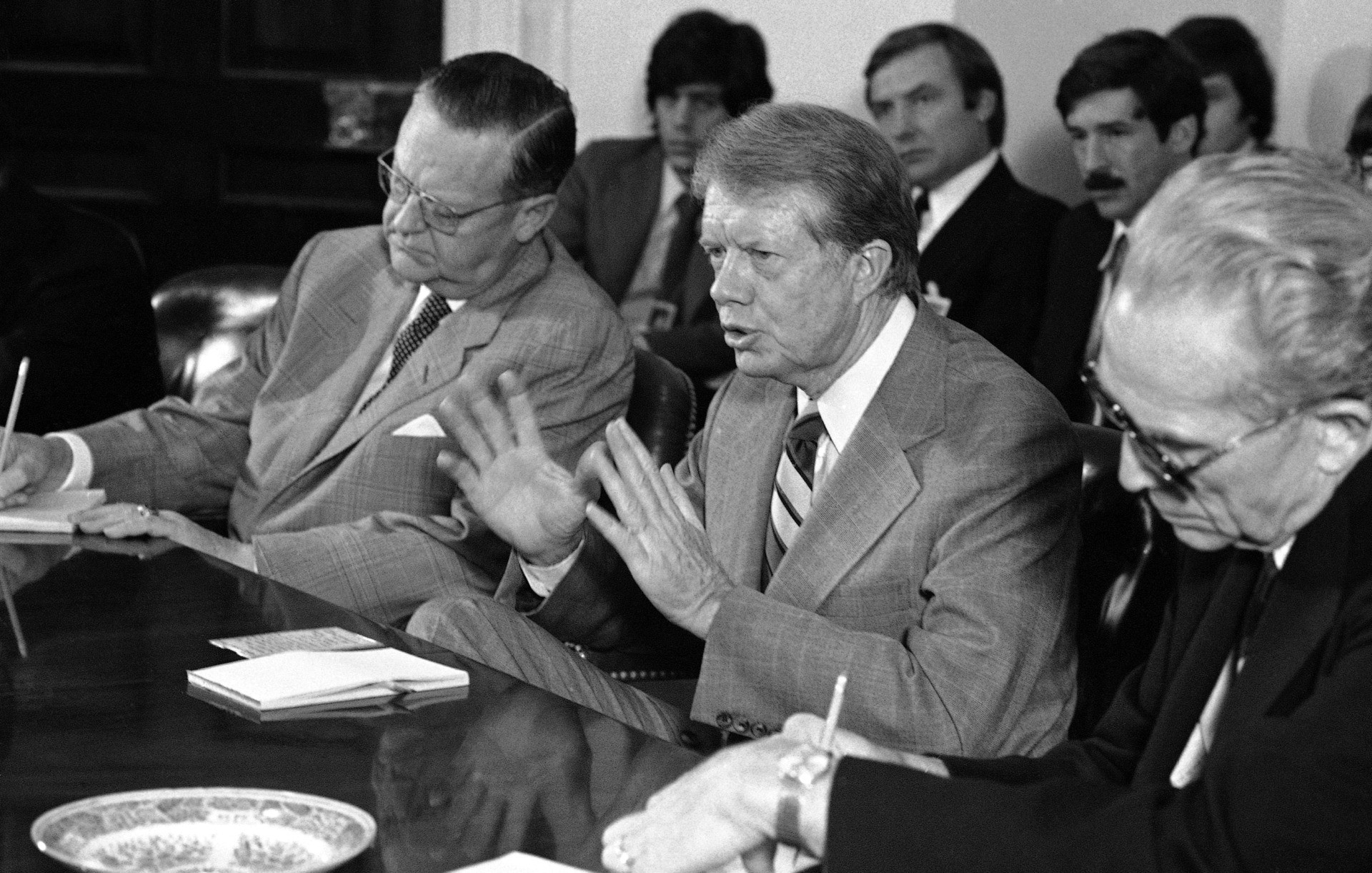 Inflation does not look like the result of "Putin's price hike" or even supply-chain disruptions. It is being driven by consumer demand pumped up by a legacy of stimulus--monetary and fiscal--and fueled by a red hot labor market.

Please do not shoot the messenger.

Yesterday we warned that there was a good chance analysts were underestimating how much inflation and high gas prices were dragging down consumer sentiment, creating the potential for a downside surprise to today’s consumer sentiment number. Combine that with a worse-than-expected inflation print, and you will set the stage for renewed fears of stagflation.

This is exactly what happened. Consumer sentiment crashed to its worst level ever, falling below the previous low-water mark hit way back in the spring of 1980. The Consumer Price Index (CPI) came in much hotter than expected, with prices rising at the fastest annual rate since 1981. Stocks sold off, with the Dow Jones Industrial Average falling by 880 points, the Nasdaq Composite tanking 3.5 percent, and all 11 sectors of the S&P 500 declining. Walmart, whose shares are down more than 15 percent year-to-date, was the only Dow component to rise for the day, squeezing out a half a point gain.

This no doubt has the Democrats in a state of panic. The last time consumer sentiment was close to this low, voters threw Jimmy Carter out of office. In the 1980 election, Carter won just 40.1 percent of the popular vote, the worst performance for an incumbent president since Herbert Hoover lost to Franklin D. Roosevelt in 1932. Republicans took control of the Senate for the first time since 1955. The Democrats managed to hold on to the House but only thanks to so many of their members running as conservative “Boll weevil” candidates.

President Jimmy Carter dropped by a meeting of business leaders in Washington on March 29, 1979, asking their help in controlling inflation. From left to right: Willis Alexander of the American Bankers Association, Carter, and Tom Murphy of General Motors. (AP Photo/Dennis Cook)

The setup in 1980 was pretty similar. The Federal Reserve, led by chairman Paul Volcker, was attempting to bring inflation under control by tightening financial conditions. This pushed the U.S. economy into a six-month recession in 1980 and a longer one in the summer of 1981 that stretched nearly to the end of 1982.

The CPI report out today effectively extinguished an that idea we’ve been warning against for months — namely, that inflation had peaked in March. Headline CPI jumped one percent month-over-month in May, well above the consensus expectation of a 0.7 percent increase. Food prices were up 1.2 percent from April. Energy prices were up 3.9 percent on record gasoline prices. The CPI year-over-year figure of 8.6 was the highest in over four decades.

President Biden said on Friday that there were signs that inflation was moderating once you look past food and energy. Economists refer to inflation excluding food and energy as “core inflation,” which is odd since it excludes two of the core expenses of most American households. In any case, there was actually very little sign of moderation. On a month-over-month basis, core inflation rose 0.6 percent—exactly as it had in the prior month. This was higher than the 0.5 percent penciled in. Core inflation was down year-over-year but only because of “base effects.” That is, we’re now comparing prices against the high inflation prices of last year.

There were really no signs of inflation fading or peaking in the report. While prices of appliances declined for the second consecutive month—which is what you would expect given the crash in consumer sentiment—core services prices surged 0.6 percent. Rent jumped 0.6 percent month-over-month and is up 5.5 percent from a year ago. Rent tends to both be a lagging inflation indicator and a particularly sticky one, so there’s probably more rent increases coming. Recreational services prices jumped 0.5 percent. Medical services were up 0.4 percent. Airfares soared 12.6 percent.

In short, the May inflation does not look like the result of “Putin’s price hike” or even supply-chain disruptions. Inflation is being driven by consumer demand pumped up by a legacy of stimulus–monetary and fiscal–and fueled by a red hot labor market. This means that the Fed will likely have to push harder to bring down prices. So prepare yourself for a lot of talk about whether the Fed will need to hike 75 basis points in September. The idea of a pause after two 50-point hikes is dead.