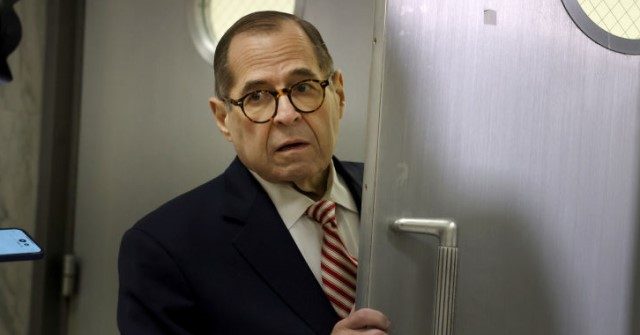 Democrats in the House Judiciary Committee will hold a vote on a gun control package Thursday which contains a ban on "high capacity" magazines and requires a background check for "ghost guns."

Democrats in the House Judiciary Committee will hold a vote on a gun control package Thursday which includes six gun control measures that would not have prevented the Uvalde attack.

The package is titled the “Protecting Our Kids Act.”

Punchbowl News reports that the package contains eight gun controls. Six of those gun controls would not have prevented the Uvalde attack.

Those six include background checks for “ghost guns,” gun storage requirements for homes with minors present, additional penalties for gun trafficking and straw purchases, a bump stock ban, and a requirement that existing bump stocks be registered under the auspices of the National Firearms Act.

The measures change the definition of “ghost guns,” so that a background check on such guns would be required going forward.

The “Protecting Our Kids Act” contains a ban on bump stocks, although a bump stock ban was put in place by the Department of Justice in 2019.

The language of the bump stock ban was announced by the DOJ in December 2018, and owners of those firearm accessories were given 90 days to turn them in. The ban became effective on March 26, 2019, and remains in effect today.

In addition to the six gun controls that would not have prevented Uvalde, the Democrats are pushing a “high capacity” magazine ban. This ban would not prevent attacks either.

On December 30, 2012, a review board that studied the April 16, 2007, Virginia Tech shooting found that a ban on “high capacity” magazines would have had a negligible impact on the outcome of the attack. The review panel said making the attacker use ten-round magazines instead of mags that hold 15 rounds “would have not made that much difference in the incident.”