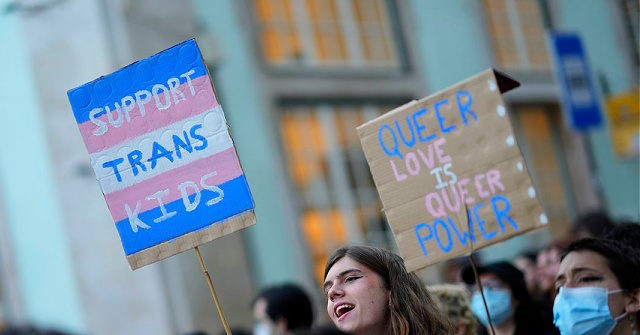 Florida is set to issue a formal report questioning the science behind "gender-affirming" care for people who believe they are transgender.

The State of Florida is set to issue a formal report questioning the science behind “gender-affirming” care for people who believe they are transgender.

Breitbart News exclusively obtained a 45-page report on Thursday completed by Florida Medicaid and requested by the Secretary of the Agency for Health Care Administration (AHCA), which oversees Florida’s Medicaid program.

In consultation with several experts, the report concludes that sex reassignment surgeries, puberty blockers, and cross sex hormone treatments for people with gender dysphoria are not proven as “safe or effective” treatments and are “experimental and investigational.”

“Studies presenting the benefits to mental health, including those claiming that the services prevent suicide, are either low or very low quality and rely on unreliable methods such as surveys and retrospective analyses, both of which are cross-sectional and highly biased,” according to the document.

Experts in the fields of health care research, clinical psychology, plastic surgery, pediatric endocrinology, and bioethics, reviewed available research about these treatments for both adults and children through the lens of Medicaid’s standard of coverage. The report sifts through existing studies about gender dysphoria treatments and provides notes about the validity of them based on the conclusions of the studies, the ways in which they were conducted, and the questions left unanswered. According to the report, Medicaid has a rule which mandates that sex reassignment treatments, as a condition of coverage, must be “consistent with generally accepted professional medical standards (GAPMS) and not experimental or investigational.” Overall, the document concludes that existing studies do not provide enough solid research to substantiate these treatments,  despite endorsements from large clinical organizations.

“While clinical organizations like the AAP endorse the above treatments, none of those organizations relies on high quality evidence. Their eminence in the medical community alone does not validate views in the absence of quality, supporting, evidence,” the report reads. “To the contrary, the evidence shows that the above treatments pose irreversible consequences, exacerbate or fail to alleviate existing mental conditions, and cause infertility or sterility. Given the current state of the evidence, the above treatments do not conform to GAPMS and are experimental and investigational.”

“Gender-affirming care” — a euphemism intended to make the mutilation of the human body sound like a compassionate course of action — has been endorsed by far-left activists and Democrats, including the Biden administration. Advocates for transgender medical procedures also cite favorable reports by the World Professional Association for Transgender Health. The Biden administration has additionally been pushing for wide availability of gender dysphoria treatments for children, even though the treatments can result in irreversible health consequences, and went as far as releasing a chart of recommendations for treatments.

The most heinous option on the chart, involves transforming children’s bodies via irreversible surgeries with the goal of “aligning their outward physical traits with their gender identity.” The procedures listed include “top surgery — to create male typical chest shape or enhance breasts,” and “bottom surgery — surgery on the genitals or reproductive organs.” The Office of Population Affairs (OPA) also listed “facial feminizations,” and “other procedures.” The document does not include more grotesque aspects of these surgeries, such as where young girls’ breasts are cut off and fake penises built from the tissue of another body part.

Some states, led by Republicans, have begun to push back against the agenda, which is largely being put forth by radical transgender activists. Alabama, for example, recently passed a law making it a felony to conduct sex transition surgeries or provide puberty blockers and other hormone treatments to children under the age of 19 — a violation carries a sentence of up to ten years in prison.

The study, which was signed by  Deputy Secretary for Medicaid Tom Wallace on June 2, could have major implications for the future of gender dysphoria treatments in Florida because these types of reports often inform the rule-making process for what types of procedures and treatments state health care agencies will be able to cover through programs like Medicaid. 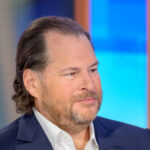