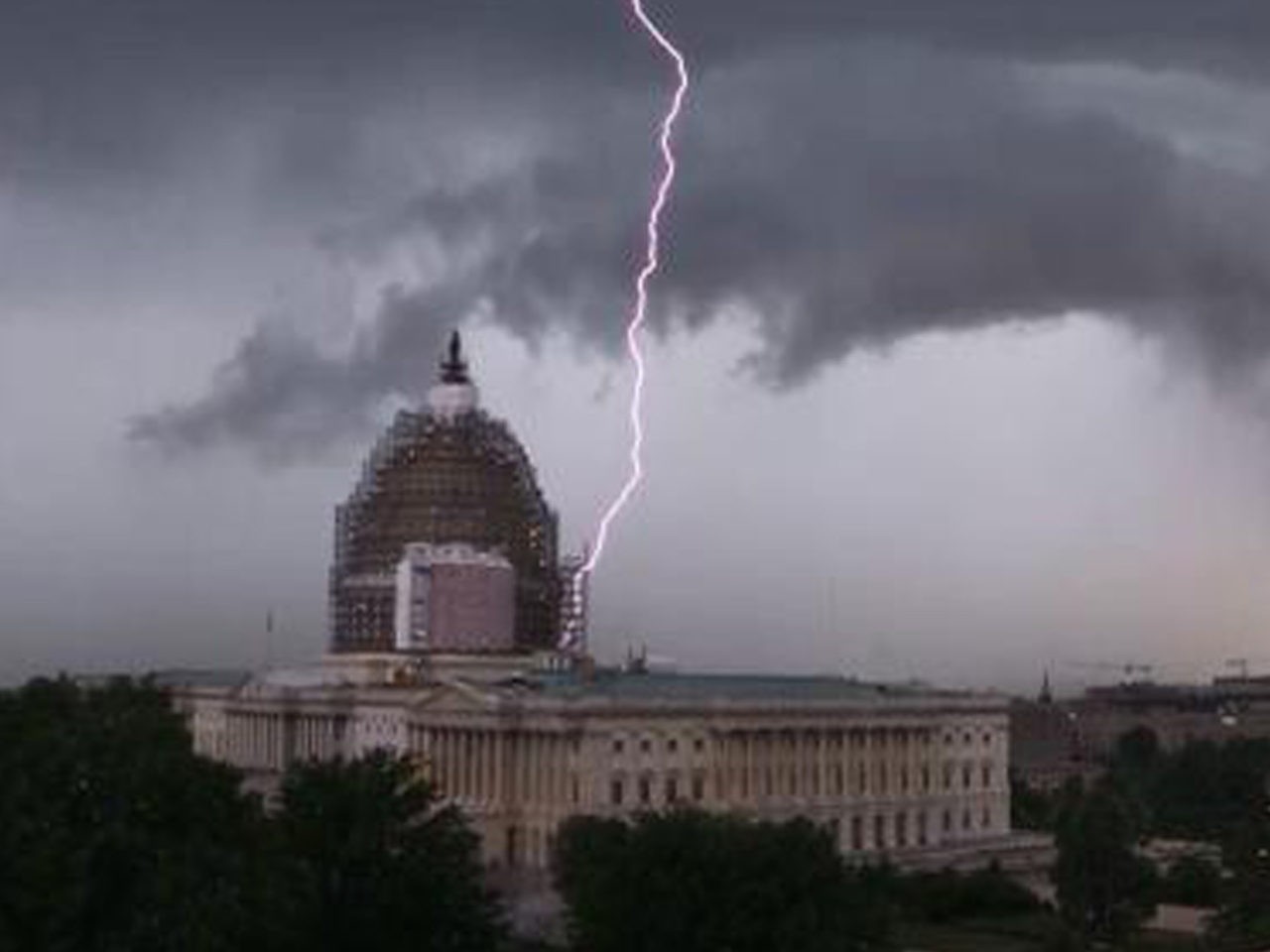 The U.S. House Select Committee to Investigate the January 6th Attack on the United States Capitol has yielded little new information, on the eve of its first public hearing, beyond what was already known when Democrats put former President Donald Trump on trial.

The U.S. House Select Committee to Investigate the January 6th Attack on the United States Capitol has yielded little new information, on the eve of its first public hearing, beyond what was already known when Democrats put former President Donald Trump on trial.

Trump acted provocatively when he called for tens of thousands to protest the certification of the 2020 presidential election. But he did not “incite” the riot at the Capitol — not within the legal definition of the term, or even the common one.

As the impeachment trial — which was arguably unconstitutional, and which the Chief Justice of the Supreme Court avoided — showed, the Capitol riot began long before Trump had finished speaking at his rally roughly a mile away.

Moreover, Trump told the crowd to “peacefully and patriotically make your voices heard.” There was no evidence he knew that a small minority of protesters would break into the building, attack Capitol Police, and rush the legislative chambers.

After more than 1,000 interviews with witnesses, and dozens of leaks to the media, no new evidence has emerged to link Trump to the riot. The most that can be said is that when he told rioters to leave, he did so too late, and too sympathetically.

Aside from leaked hints about a “war room” — a term invented by the Clintons — run by Trump supporters to coordinate the protests, there has been little suggestion of any new information about the riot.

The Capitol riot was not an “insurrection” except for a few — a minority, even among the rioters. But the Committee arguably revealed a real, ongoing “insurrection” against the Constitution’s separation of powers, the Bill of Rights, and national unity.

There has never been an investigation in American history in which one party usurped the other and investigated the political opposition, intruding into the private lives of individuals, with outside help from deeply politicized, discredited prosecutors.

Unless the Committee is holding some “smoking gun” in reserve — which itself would be deeply problematic — all it has revealed is the extent to which Congress, unchecked, can use the pretext of “defending democracy” to abuse its powers.

Here is what we have learned, thus far, about that.

1. Double standard on “riots.” Congress devoted an impeachment trial, and a year and-a-half of investigation, to one riot that involved one directly related death (of a rioter) as well as injuries to police officers and some damage to the building.

In contrast, Congress ignored the left-wing riots that swept 48 out of 50 major cities in the preceding months, causing dozens of deaths, injuries to hundreds of police, and billions of dollars in damage in the largest manmade disaster in U.S. history.

The context of the Capitol riot was different: it was aimed at the legislature as it performed its duty of managing the peaceful transfer of power. But it was not an effort to overthrow the government; many protesters even thought they were saving it.

2. No serious investigation of Capitol security lapses. The Capitol riot happened, in part, because the building was not secured. President Trump wanted the National Guard to assist, but Speaker of the House Nancy Pelosi (D-CA) refused.

She did so because Democrats had spent the previous summer accusing Trump of having militarized the nation’s capital by sending National Guard troops to help calm riots that had even threatened the White House itself (a real “insurrection”).

Having the Guard at the Capitol would have embarrassed Pelosi and robbed Democrats of a talking point. Hence requests for help were resisted. Overwhelmed police even opened doors for rioters, hoping they would soon leave, which most did.

The January 6 Committee did not subpoena Pelosi to testify — nor then-Senate Majority Leader Mitch McConnell (R-KY), for that matter. Nor did it demand documents or emails from her office. Instead, it gave Pelosi a way to dodge accountability.

3. No equal treatment of Democrat doubters. Trump and his aides made clear, publicly, that they hoped to use the protest to urge Vice President Mike Pence to send some states back to reconsider their Electoral College vote in their legislatures.

In so doing, they were pursuing a constitutionally dubious and politically divisive strategy — but it was no different from what some Democrats have done in Congress in recent decades, any time a Republican happened to win the presidency.

One who objected to the certification of Electoral College votes in 2004 was January 6 Committee chair Rep. Bennie Thompson (D-MS) himself. Yet Republicans in Congress who hoped to do the same have been called insurrectionists.

Earlier this year, President Biden himself suggested that the 2022 midterm elections might not be “legitimate” — a claim that the Committee has described as a form of “insurrection” when applied to the 2020 elections. Yet he has gone unpunished.

4. Little punishment for “Russia collusion” hoax. The January 6 Committee has held its hearings in secret while the public has seen the first prosecutions by Special Counsel John H. Durham over the false “Russia collusion” conspiracy theory.

That hoax, cooked up by losing 2016 presidential candidate Hillary Clinton, her lawyers, and her aides, provided the basis for attempting to undermine and oust a democratically-elected president, using the media and law enforcement.

One FBI lawyer, Kevin Clinesmith, admitted to altering an email so the FBI could spy on an innocent man. He received a slap on the wrist. Last week, former Clinton lawyer Michael Sussmann was acquitted by a jury stacked with Clinton donors.

The “Russia collusion” hoax was no less an “insurrection” against democracy than the Capitol riot. Yet its authors have neither been investigated by Congress, nor apologized: some, like National Security Adviser Jake Sullivan, were rewarded.

They did so after a draft opinion overturning Roe v. Wade was leaked — itself a challenge to the functioning of the judiciary  — and after years of threats against Justices by senior Democrats, including Senate Majority Leader Chuck Schumer (D-NY).

On Wednesday, that toxic rhetoric appeared to culminate in the arrest of a man who wanted to kill Supreme Court Justice Brett Kavanaugh — a murderous act that, had it succeeded, would have led to the appointment of a liberal replacement.

The supposedly apolitical Department of Justice continued Wednesday to allow an illegal protest outside Kavanaugh’s home. Elsewhere, pregnancy centers have been firebombed by pro-choice terrorists, without much objection from Democrats.

6. An illegitimate process. The January 6 Committee has repeated many of the procedural flaws that doomed both of the Trump impeachments — unsurprisingly, since the leaders of those failed impeachments are both members of the Committee.

The enabling resolution created a lopsided committee of eight Democrats and five Republicans. But Speaker Pelosi, in an unprecedented violation of decorum, rejected to nominees chosen by House Minority Leader Kevin McCarthy (R-CA).

That led McCarthy to boycott the committee, leaving it without an official ranking member. Pelosi hand-picked two anti-Trump Republicans for the panel. The result was that there was never an opposing voice during hearings or investigations.

Witnesses were interviewed in secret, just as Rep. Adam Schiff (D-CA) did during his “basement” depositions in the first impeachment. And those who challenged the committee’s authority in court were subject to prosecution for contempt.

7. Violation of the separation of powers. The Constitution does not allow Congress to act as a law enforcement body. Its committees and investigations must be related to some legitimate legislative purpose, except in cases of impeachment.

The January 6 Committee has no legitimate legislative purpose. Instead, throughout its proceedings, Democrats have hoped publicly that it would produce some pretext for Attorney General Merrick Garland to prosecute Trump and his supporters.

Garland obliged, prosecuting Stephen K. Bannon and Peter Navarro for contempt of Congress — after his department declined to do the same to Democrats, such as former IRS official Lois Lerner and Attorney General Eric Holder.

The Department of Justice is now reportedly using transcripts of the secret depositions in other prosecutions — depositions at which witnesses had none of the constitutional protections they would have had in an ordinary criminal investigation.

Moreover, witnesses have raised legitimate questions about the scope of executive privilege, when asked to produce documents or to testify about conversations they  had with President Trump. The Committee has ignored these issues.

In so doing, the Committee has undermined the executive, usurped the judiciary, and set the precedent that a subsequent president may revoke the executive privilege of a former one, making it harder for future presidents to work with their aides.

8. Destruction of civil liberties. In addition to abusing the investigation as a way to evade constitutional protections that witnesses have in ordinary criminal proceedings, the January 6 Committee violated civil liberties in a number of other ways.

One was to subpoena the private telephone records or bank records of witnesses without any legitimate reason to do so. The subpoenas, issued to private companies rather than to individual witnesses, often far exceeded the scope of the investigation.

In many cases, witnesses were barely informed of the subpoenas before they happened, leaving them little time to exercise whatever legal options they had to protect their privacy — and threatening them, as always, with being held in contempt.

And the Department of Justice has carried out those threats, wasting resources on arresting Democrats’ political opponents instead of protecting the public from mass shooters or the crime wave that has rocked American cities across the nation.

9. Persecution of the opposition. The January 6 Committee has taken the unusual and shocking step of issuing a subpoena to House Minority Leader McCarthy himself, threatening him with criminal penalties of contempt if he refuses to comply.

Never before, outside of a formal impeachment proceeding, has one party ever put the leader of the opposing party on trial — and never in a process where the outcome could actually be imprisonment. It is a new low, and destroys any hope for unity.

10. Show trial. The January 6 Committee is set to hold its first public hearing on Thursday night, on prime time television, in a special broadcast planned by a former ABC News executive, to help the event achieve its full propagandistic potential.

The New York Times all but admitted Wednesday that the real goal is to affect the midterm elections, in which Democrats fear a crushing defeat, rather than to expose the truth, prevent future unrest, or reconcile the nation after years of division.

The opposition does not know what evidence will be presented, or who the witnesses will be. The hearing is simply a show trial.

Totalitarian regimes do that. Free countries do not. In so doing, the Committee may condemn itself. 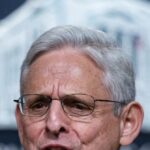 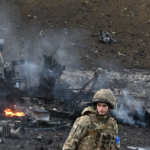