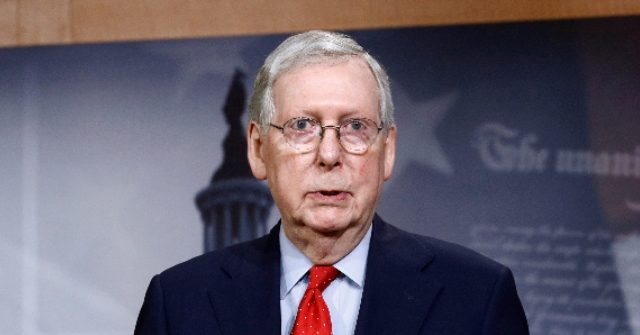 On June 12 a bipartisan Senate gun control agreement was announced.

Breitbart News reported that the agreement includes a requirement for an “investigative period” during background checks for gun purchases for persons under 21 years of age. The agreement does not indicate any stipulation for how long this “investigative period” may last or how long it could stretch the time it takes to complete a background check.

MacFarlane further indicated McConnell’s position, partially quoting him: “the bipartisan group has done the best they can” to reach a gun control agreement.