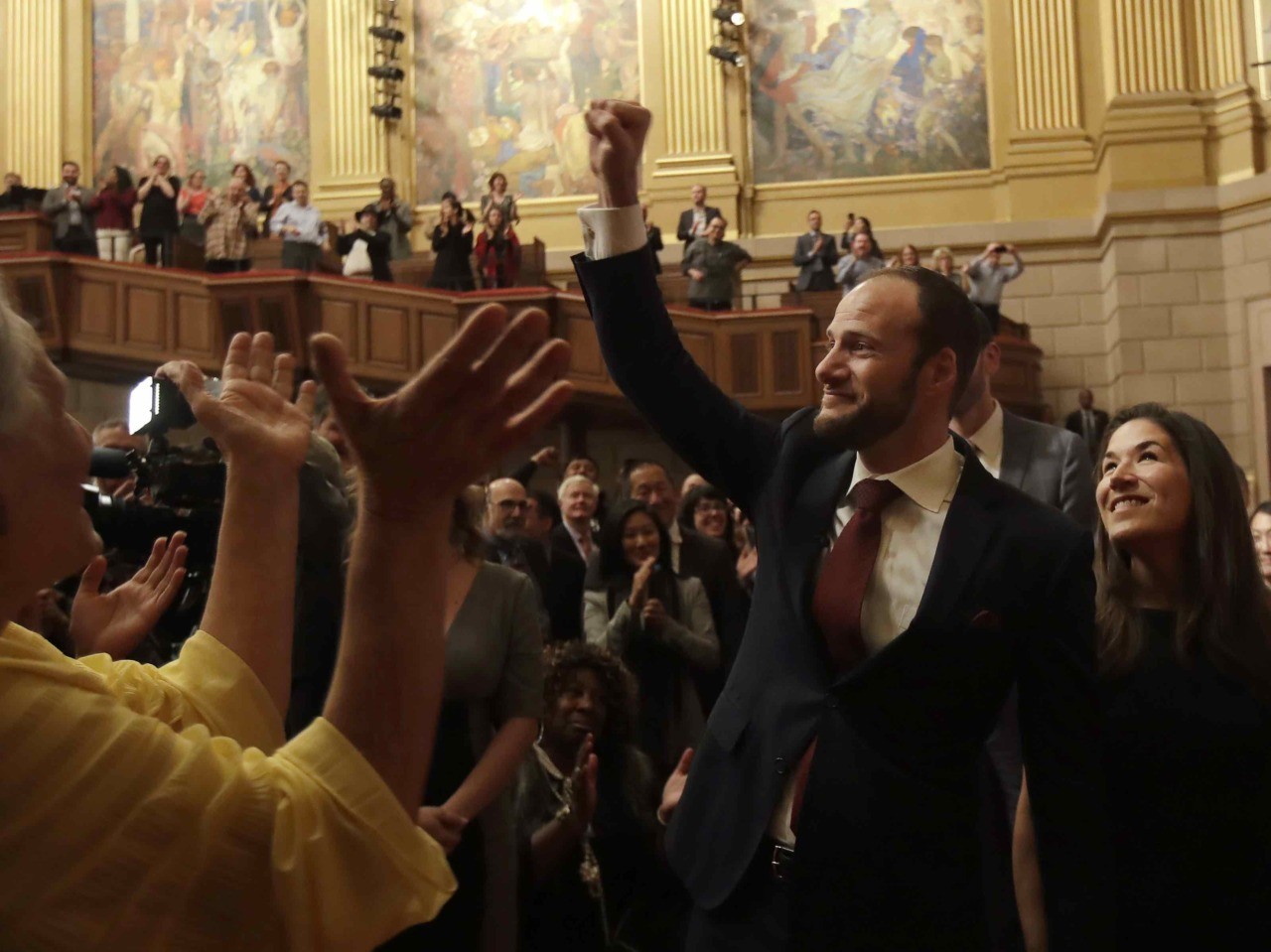 San Francisco voters have recalled radical District Attorney Chesa Boudin, according to the Associated Press, NBC News, and the San Francisco Chronicle, with the "yes" vote running in excess of 60% as early results were counted Tuesday night.

San Francisco voters have recalled radical District Attorney Chesa Boudin, according to the Associated Press, NBC News, and the San Francisco Chronicle, with the “yes” vote running in excess of 60% as early results were counted Tuesday night.

Boudin, the son of convicted Weather Underground militant David Gilbert, was among the first of a cohort of left-wing prosecutors elected on to pursue “criminal justice reform,” vowing to stop prosecuting “quality of life” crimes.

His recall — in the country’s most left-wing city — sends a warning to left-wing prosecutors nationwide, dozens of whom have been elected in the past few years with the help of millions of dollars in spending by left-wing billionaire George Soros.

BREAKING: First batch of results are in from San Francisco with the DA Chesa Boudin recall.

Not a good early return for Boudin.

This first batch is all mail in ballots received before today. @FoxNews

The @AP has called it:

According to the Chronicle, Boudin was losing in most of the city’s voting precincts, though the “no” vote opposing recall was strong in the Haight-Ashbury neighborhood, famous as the home of the hippie movement and the “flower children.”

Thanks to Boudin’s policies — and to those of his predecessor, George Gascón, who now serves as District Attorney of Los Angeles and faces a recall petition drive of his own — San Francisco has slid into the mire of crime, drugs, and homelessness.

Boudin was a hero to the left, who saw him as an important ally, in the words of MSNBC host Chris Hayes, against “mass incarceration” and “broken windows policing.” (The latter has been hailed for decades by experts for lowering urban crime, on the argument that many petty misdemeanors are committed by criminals who also perpetrate more serious crimes; and that an image of neglect encourages criminal activity, whereas enforcement of even small ordinances discourages crime.)

Elected in 2019, Boudin was an early proponent of ending cash bail and prosecution for petty crimes like public urination.

As Breitbart News reported, Boudin immediately fired experienced gang prosecutors. He also “became the first prosecutor in the nation to eliminate cash bail, saying it discriminates against the poor,” according to the Chronicle. When Mayor London Breed tried to launch a crackdown on crime in the drug-infested Tenderloin district, Boudin publicly opposed her efforts.

Boudin clashed with police over prosecuting officers for alleged brutality. Yet while he was tough on cops, he was lenient toward casual shoplifters, whose antics resulted in looting sprees last November and prompted retail chains to leave the city.

More than 85% of San Francisco voters chose Joe Biden over Donald Trump in the 2020 election. Since then, the same electorate has recalled three school board members over “woke” education policies, and has now recalled their radical D.A.

Boudin’s defeat could foreshadow a similar fate for his predecessor, George Gascón, who was elected D.A. of Los Angeles County in 2020 — with the help of millions from Soros — and now faces a recall drive nearing its goal with weeks to go.