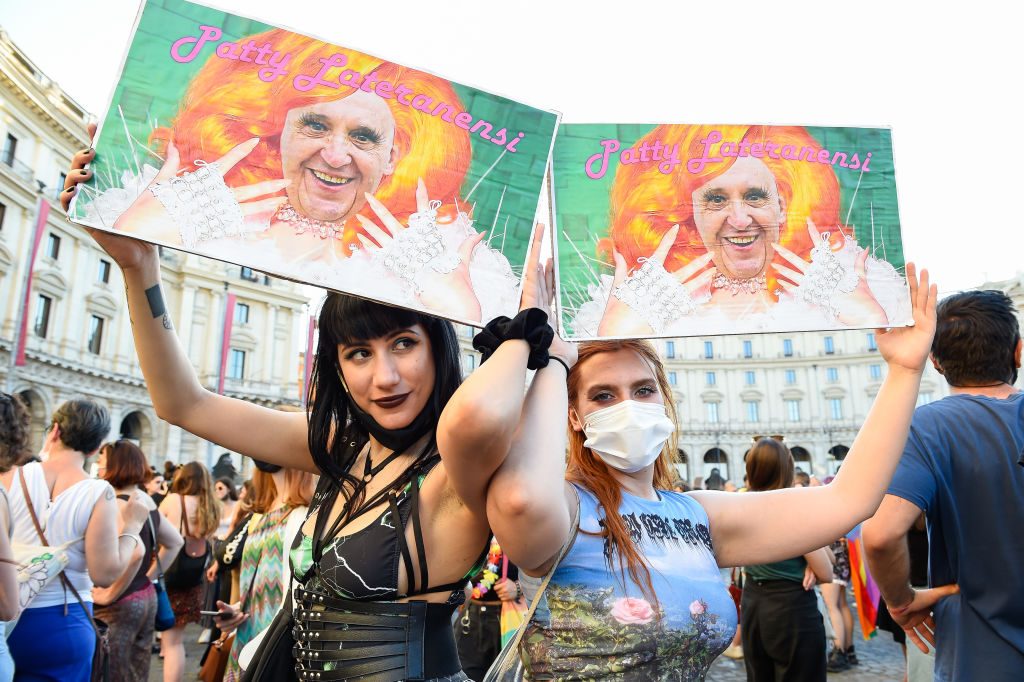 The U.S. Embassy to the Holy See began flying the LGBT rainbow flag Wednesday and tweeted in celebration of Pride Month, an innovation of the Biden administration.

ROME — The U.S. Embassy to the Holy See began flying the LGBT rainbow flag Wednesday and tweeted in celebration of Pride Month, an innovation of the Biden administration.

This is the second year running in which the U.S. Embassy to the Holy See celebrates Pride Month, after Secretary of State Antony Blinken issued a blanket authorization for U.S. diplomatic outposts around the globe to fly the rainbow flag on the same flagpole as the U.S. flag, underscoring support for LGBT rights.

“Today is the start of Pride Month,” the embassy stated in its tweet. “The United States respects and promotes the equality and human dignity of all people including the LGBTQIA+ community.”

Today is the start of #Pride Month. The United States respects and promotes the equality and human dignity of all people including the LGBTQIA+ community. #PrideMonth #AllInclusive #Pride2022 pic.twitter.com/6VgN9R8c3J

On June 1, 2021, the pope released a video announces his prayer intention for the Church for the month of June, with the title: The Beauty of Matrimony, publicized on the website of The Pope’s Worldwide Prayer Network.

“Let us pray for young people who are preparing for marriage with the support of a Christian community: may they grow in love, with generosity, faithfulness, and patience,” the pontiff said.

“Is it true what some people say, that young people do not want to get married, especially in these hard times?” he asked in the video. “Getting married and sharing life is a beautiful thing. It is a challenging, sometimes difficult, sometimes even confrontational journey, but it is worth the risk.”

“And on this journey of all life, the bride and groom are not alone: Jesus accompanies them,” Francis added.

The pope went on to assert that marriage is not about the “party” but about a calling to the commitment of a shared life project.

“Marriage is not only a ‘social’ act: it is a vocation that comes from the heart, it is a conscious decision for life, which requires specific preparation,” he asserted.

Pope Francis has championed traditional man-woman marriage since the beginning of his pontificate, insisting that marriage — founded on “the complementarity of man and woman” — is under attack in the modern world.

Traditional marriage between a man and a woman “is being questioned by the so-called gender ideology,” the pope said in June 2015, yet the differences between men and women do not suggest “opposition or subordination,” but are meant for “communion and procreation, always in the image and likeness of God.”

The most persuasive testimony of the blessing of Christian marriage is “the good life of Christian spouses and families,” Francis said on another occasion, since marriage consecrated by God “preserves the bond between man and woman that God has blessed since the creation of the world.”