California Gov. Gavin Newsom signed a bill into law Friday that will allow for physicians to be disciplined for “misinformation” and “disinformation” in relation to Covid, sparking a protest at the State Capitol. Newsom defended his approval of the bill, AB 2098, permitting the state medical board to punish doctors for infractions. “I am signing […]


California Gov. Gavin Newsom signed a bill into law Friday that will allow for physicians to be disciplined for “misinformation” and “disinformation” in relation to Covid, sparking a protest at the State Capitol.

Newsom defended his approval of the bill, AB 2098, permitting the state medical board to punish doctors for infractions.

“I am signing this bill because it is narrowly tailored to apply only to those egregious instances in which a licensee is acting with malicious intent or clearly deviating from the required standard of care while interacting directly with a patient under their care,” the progressive governor wrote in his signing message, reported Epoch Times.

Newsom acknowledged that while other similar bills may negatively impact doctors’ abilities to effectively communicate with their patience, this law is safe.

“I am concerned about the chilling effect other potential laws may have on physicians and surgeons who need to be able to effectively talk to their patients about the risks and benefits of treatments for a disease that appeared in just the last few years,” he wrote. “However, I am confident that discussing emerging ideas or treatments including the subsequent risks and benefits does not constitute misinformation or disinformation under this bill’s criteria.”

“If I say anything other than standard empty slogans as specified by the acadmeic and bureaucratic structure… that would qualify as misinformation,” he said, giving an example of what he might say to a younger patient who may benefit from natural immunity over vaccination.

https://twitter.com/P_McCulloughMD/status/1566960554899644417?ref_src=twsrc%5Etfw%7Ctwcamp%5EtweeteLeigh Dundas, a human rights attorney, was one of the protestors at the capitol building in Sacramento, reported California Globe.

“Censorship and criminalization are not the bulwarks of a free society,” she said during the rally of anti-censorship advocates. “The stark reality is if we are to remain a Constitutional Republic, then doctors must remain free to practice medicine.”

“Science and medicine are constantly evolving by challenging the status quo,” Dundas added.

According to the lawyer, if the law stands, “guess who is next on the chopping block – the press.”

When tech entrepreneur Steve Kirsch addressed the protesters, he called out Democratic state Sen. Richard Pan, who is also a practicing pediatrician, for supporting the bill.

“I’m labeled a misinformation superspreader, but Dr. Pan can’t silence me because I’m not a doctor,” he said.

“It’s unconstitutional and anti-science,” Kirsch continued. “Tenure was created in universities to allow people to speak out without retribution. This is a special law targeted at misinformation for Covid-19, and that’s not science.”

Dr. Len Saputo, president of the organization Physicians and Patients Reclaiming Medicine, also held a press conference at the Capitol, where he predicted that the law will fundamentally change how doctors practice medicine in the state.

“If [Newsom] doesn’t veto 2098, medicine will be changed forever… We will not have the right to counsel our patients in certain areas, because it will be prohibited by law,” he said to reporters.

According to Dr. Peter Mazolewski, a board-certified general surgeon, the policy will be “destructive” and “dangerous.”

“It’ll be dangerous to patient care, it’ll be destructive in the sense that there will be no scientific progression,” he said on Fox News’ “America’s Newsroom” show on Tuesday.

“We all know that there’s been contemporary scientific consensus regarding COVID that has been wrong. It has actually been refuted partially and fully,” he said.

“We can go back to many issues: One percent mortality, closing schools is healthy for our children, wearing masks helps prevent the dissemination, [if you get] vaccines you won’t get ill at all, vaccines won’t allow for transmission of disease. We know all of these have been refuted,” he added.

Another physician in attendance was Dr. Michael Huang, who is currently under investigation and could lose his medical license for alleged “unprofessional conduct” under an August 2021 guidance issued by the medical board, which disciplines physicians for inappropriately granting medical exemptions from masking or vaccination policies.

According to Huang’s speech to the group of protestors, one of his patients, a San Jose firefighter, lost 50 percent of his exercise capacity after receiving a Covid vaccination that was required by his job. After being put on unpaid leave, he was then told that he must get the booster vaccine, for which he saw Huang for a medical exemption.

“Please help me. I don’t want to get hurt again,” said the firefighter, according to the doctor.

Huang maintains that he did not act inappropriately, and that he was able to help thousands of similar patients with medical exemptions so that they could keep going to work or school.

“I’m here to protect your health,” said Huang. “I’m here to make sure that you will not be hurt.”

“There are very few medical professionals that are willing to give medical exemptions because they are afraid,” Huang said to Epoch Times in a December interview. 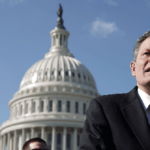 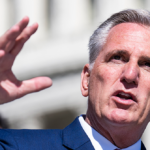