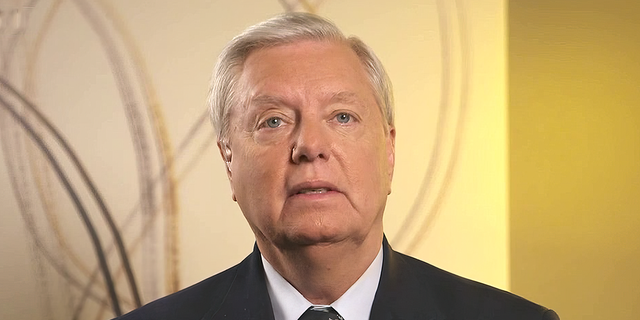 “So these constitutional anarchists, here’s my advice to you: Quit trying to burn down America and work like we did, in the fields, elect people who agree with you at the ballot box,” Graham said on “Fox News Sunday.”

“When Roe came out, we didn’t burn down the Capitol as conservatives. We didn’t go to liberal justices’ homes and try to intimidate them. The radical left are constitutional anarchists, they’re literally trying to change this country from top to bottom,” Graham added in his comments. “They want to pack the court because they don’t like this decision. They want to abolish the electoral college so California and New York can pick the president in perpetuity.”

Graham said he is also urging Attorney General Merrick Garland to arrest pro-abortion activists who target SCOTUS justices with protests outside their homes.

“I appreciate President Biden saying to the left, don’t use violence. What I worry about is this protest going unchecked at judges’ homes is giving a green light that there are no rules anymore. If we don’t watch it, somebody’s gonna get killed out here,” Graham warned.

“Now I’m urging Merrick Garland to start putting people in jail who show up at the justice’s home to try and intimidate them and their family. If we don’t reset here pretty soon, somebody’s going to get killed,” he said.

Protests swept the country Friday after the court released its opinion. Pro-life pregnancy centers have been targeted by vandals, while the Vermont State House was graffitied with a menacing message reading, “If abortions aren’t safe, you aren’t either.”

Conservative justices on the Supreme Court have also been the target of protests since the draft opinion leaked in May, with abortion supporters protesting outside the homes of Justices Amy Coney Barrett, Brett Kavanaugh, Neil Gorsuch, and others in recent weeks.

In Arizona, police had to use tear gas to help disperse a group of pro-abortion protesters outside the state’s Senate building on Friday.

“We are currently there being held hostage inside the Senate building due to members of the public trying to breach our security,” Republican Arizona State Sen. Kelly Townsend tweeted on Friday night. “We smell tear gas and the children of one of the members are in the office sobbing with fear.”