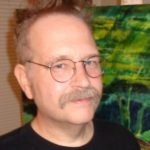 Progressives hate the idea of armed Americans. While the establishment media is quick to report on stories of gun violence committed by criminals, they underplay how often guns are used...

While the establishment media is quick to report on stories of gun violence committed by criminals, they underplay how often guns are used for personal protection.

On April 28, one mother in San Antonio, Texas, exercised her right to self-defense. She shot a home-invading criminal who broke in while her three children were sleeping. The wounded home invader sat in a chair in the woman’s back yard until the police came for him.

According to the New York Post, the woman heard the man trying to enter her house through the laundry room. The woman’s name was not reported.

She got a gun and opened fire, striking the man twice in the chest. Apparently, his injuries were too serious for him to escape the scene. No one else was hurt during the incident.

Police reported Roman Rodriguez, 41, died while en route to the hospital. It was not reported if Rodriguez was armed.

As reported by News 4 San Antonio, even though Rodriguez died, the woman will not face charges, as the castle doctrine applies. Because the man was forcibly and illegally trying to enter her habitation, the use of force was authorized.

If the mother had not been armed, this story could have had a much different ending. Having access to a weapon allowed the woman to defend her own life and the lives of her children against the unknown intruder. Mama bears are ruthless about protecting their kids.

It’s unfortunate she will need to live with causing this man’s death, but better that than any harm coming to her or her children from the home invader. Rodriguez put himself in danger by trying to go where he did not belong.

The left has an agenda to disarm citizens. The Biden administration is rolling out increased gun control measures. Joe Biden himself lies about gun rights and the Second Amendment.

In 2021, The New York Times ran a story trying to undermine the idea of guns for self-defense.

They led off with an unlikely anecdote about a reverend who became a gun-control nut because a fellow pastor gave a poor response about a hypothetical situation: What if he accidentally shot a child while trying to take out someone attacking his congregation?

The article quotes 40,000 annual gun deaths in America, before mentioning the majority are suicides. They do not report what actual percentage of the fatalities are self-inflected.

According to a study from the Centers for Disease Control, there is an estimated range of 60,000 to 2.5 million gun uses for self-defense each year, far exceeding the firearm death toll.

The article then goes on to conjecture, without evidence, that those numbers are inflated due to unreliable testimonies from those involved.

I would suggest the opposite. It’s possible that the estimated defensive use of guns is actually underreported, because those involved don’t go to the authorities afterward.

At least one study also showed that neighborhoods with more gun registrations had fewer burglaries. It’s harder to measure the crime prevention that gun ownership provides when the crimes never happen in the first place. 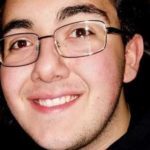