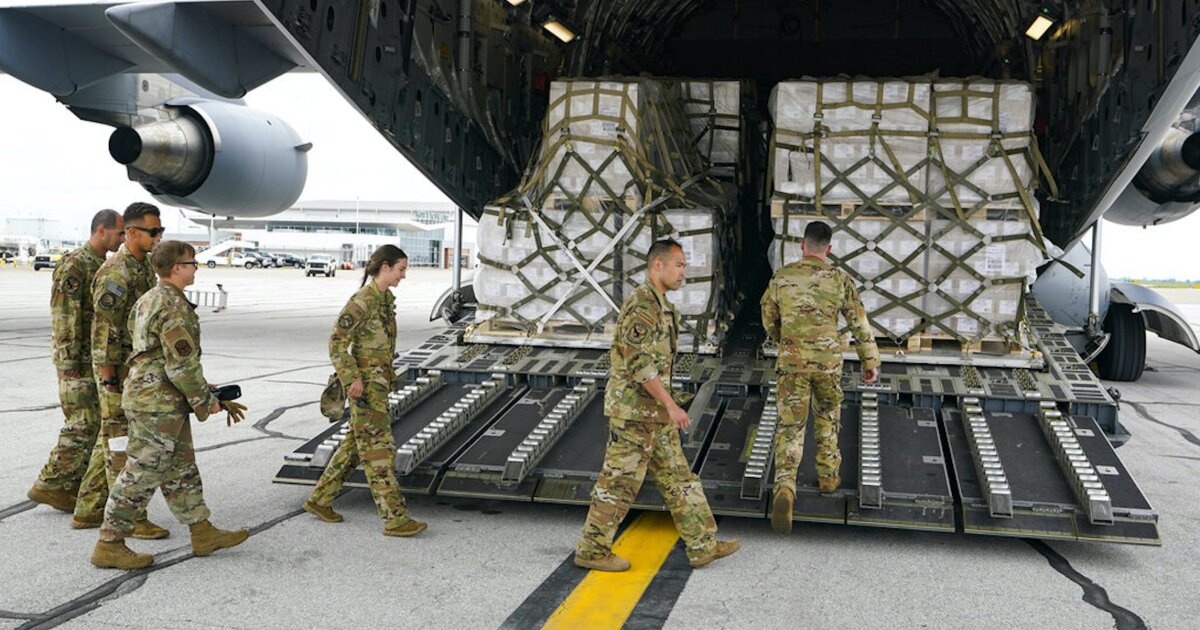 The first international shipment of infant formula has landed in the United States as the White House tries to address the baby formula shortage.

The first international shipment of infant formula has landed in the United States as the White House tries to address the baby formula shortage.

The first flight of “Operation Fly Formula” landed on Sunday in Indiana. The flight was part of an effort by the Department of Defense to use commercial air cargo to transport baby formula to those in need.

The 78,000 pounds of powdered baby formula are the equivalent of up to 1.5 million 8-ounce bottles of three particular formulas: Alfamino Infant, Alfamino Junior, and Gerber Good Start Extensive HA, according to WRTV. Additional flights are expected to be announced in the coming days.

BIDEN: EVERYONE ‘SHOULD BE CONCERNED’ ABOUT MONKEYPOX

National Economic Council Director Brian Deese said on Sunday that the flight has enough formula to fill 15% of the need for formula throughout the country.

The plane specifically landed in Indianapolis in order to use Nestle’s supply chain infrastructure to get the products across the states.

“DOD will use its contracts with commercial air cargo lines, as it did to move materials during the early months of the COVID pandemic, to transport products from manufacturing facilities abroad that have met Food and Drug Administration (FDA) safety standards,” the White House said in a statement. “Bypassing regular air freighting routes will speed up the importation and distribution of formula and serve as an immediate support as manufacturers continue to ramp up production.”

The administration also announced on Wednesday that it is invoking the Defense Production Act to force companies that provide essential ingredients to formula manufacturers to serve them before other clients. “Directing firms to prioritize and allocate the production of key baby formula inputs will help increase production and speed up in supply chains,” the White House said.

Folks, I’m excited to tell you that the first flight from Operation Fly Formula is loaded up with more than 70,000 pounds of infant formula and about to land in Indiana.

Our team is working around the clock to get safe formula to everyone who needs it. pic.twitter.com/cX4KU0eDtZ

The new measures were the latest in a series of actions from Washington to restock store shelves after the FDA caused a significant formula plant to shutter earlier this year, triggering the shortage. Four children who had ingested formula from an Abbott facility in Sturgis, Michigan, were hospitalized with Cronobacter sakazakii infections, and two have since died.

In February, the FDA said it had found the bacteria while inspecting the facility and warned parents against using some formulas produced there. Abbott, the largest formula manufacturer in the U.S., then voluntarily recalled some of its products, and the Michigan plant has been quiet since.

The closure of the facility and existing pandemic-related supply chain woes caused formula availability to dwindle nationwide, worsening the situation in the last few weeks. The out-of-stock rate for formula in the U.S. hit 43% in early May after surging in April, according to the most recent figures from analytics firm Datasembly.