Where does one go to alleviate the existential vacuum caused by the old Enlightenment thinking where one's own mind and reason are supposed to suffice but leave so much discontent?

The 18th century “enlightenment” changed the world. John Locke, Isaac Newton, Emmanuel Kant, and several others were largely responsible for the seismic humanist shift away from religion toward the complete sufficiency of science and intellectual thought. According to the Stanford Encyclopedia of Philosophy,

Kant identifies enlightenment with the process of undertaking to think for oneself, to employ and rely on one’s own intellectual capacities in determining what to believe and how to act… Enlightenment philosophy tends to stand in tension with established religion, insofar as the release from self-incurred immaturity in this age, daring to think for oneself, awakening one’s intellectual powers, generally requires opposing the role of established religion in directing thought and action. The faith of the Enlightenment — if one may call it that — is that the process of enlightenment, of becoming progressively self-directed in thought and action through the awakening of one’s intellectual powers, leads ultimately to a better, more fulfilled human existence.

Does it? Putting aside for the moment that miracles, religion, and tradition can be a part of cogent reality, the Enlightenment thinkers took a step away from religion, which until that time was the primary basis upon which mankind pursued knowledge and meaning. In its place came a strident self-directed philosophy by which many lived and still live.

Today we can see the distinct influence of Enlightenment thinking in American life: People are excessively self-absorbed to the point of being self-consumed. You can readily see this in TikTok, Instagram, and the Twittersphere where the singular aim is to get attention through “likes” and retweets. The dopamine hit has become the drug of choice.

Because this self-absorbed Enlightenment thinking has largely decimated decency and comity in our culture, the vacuum they have left paves the way for a new Enlightenment. This vacuum solicits meaning, not in the shallow Hallmark sense but with the deeper observation that little that the world provides is fundamentally meaningful.

Sadly, the science-based, anti-religious Enlightenment does not allow for ethics. Nowhere within can be found the methodology to determine right from wrong. Leaving ethics in individual hands seemed at the time (and still does for the non-religious) a perfectly reasonable thing to do because supposedly within each person lay the seeds of altruism and an innate striving to do what is right and good. But that is not the case. Human beings are too flawed to determine what is right and good without having a baseline in something or someone less flawed. Ethics can answer the question, “Is this effective?” It can never answer the question “Is this good?” God alone knows what is good. 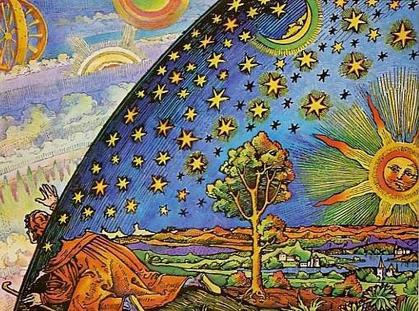 One can have everything the world says is good and yet lack that one thing, that unnamable thing that puts one to bed at night thinking, “If I die tomorrow, I am content, I will have missed nothing.” Today, there seems always to be a misdirected striving for what is not there and this striving seems to hit the non-religious hardest.

God alone provides the New Enlightenment. The contentment in an empty bed, happiness in the face of tragedy, assurance in the face of death cannot be found in a humanist worldview. The wealthy can be poor. The physically well can be sick. The confident can be insecure. Where does one go to alleviate the existential vacuum caused by the old Enlightenment thinking where one’s own mind and reason are supposed to suffice but leave so much discontent?

The Bible is a psychological treatise, a philosophical masterpiece, a metanarrative that contains answers to every question a person might have and remedies for what has gone wrong. It is the New Enlightenment. To give just one example of how the Bible says we should live our lives, Colossians 3:23 says, “Whatever you do, work heartily, as for the Lord and not for men.” If this one verse alone were taken seriously, people would be content and could avoid the pitfalls of attention-seeking, emotional insecurity, and self-absorption.

Turning away from the “I” provides Enlightenment for a new age. Rather than being retro and anachronistic, being other-directed is progressive and exactly what is needed to make our country and the world less bitter, more generous and fulfilling. It is good to have a better country filled with other-directed and God-directed people rather than me-directed people. Here is what could pass for New Enlightenment thinking:

Charles Darwin (of all people) said,

“Science without religion is lame, religion without science is blind.”

Mathematicians Dr. David Berlinski, Dr. William A. Dembski, and Dr. John Lennox, are all believers in God. David Russel Humphreys, a physicist, believes in God. So does physicist Alistar McGrath, geologist Emil Silvestru, astrophysicist and astronomer Sarah Salviander, and many other scientists. This does not even begin to address all the scientists and professionals who set out to prove that God does not exist but who were persuaded by their own research that God does indeed exist.

When people who find that nothing quenches the relentless thirst for recognition, when the thirst for approval and meaning fail, when the thing of the day peters out, there is one place to find real meaning: God. The Bible never suggests that one should believe without some good reason for believing, and that means evidence. The evidence of God’s presence is everywhere.

To quote Francis A. Schaeffer, American apologist and theologian,

“God is there and He is not silent.”