A Series Of Critical Failures Led To The Uvalde Tragedy – American Thinker<!—-> <!– –>

A Series Of Critical Failures Led To The Uvalde Tragedy – American Thinker<!—->

With all the noise about the massacre in Uvalde, Texas, it’s easy for the voice of reason to be lost. Gefühl über alles! Emotion above all! The only thing that matters is our anger. That’s how Hitler launched the Holocaust. He demonized non-Germans and non-Aryans, stirring massive hatred that led to the deaths of millions. And hatred is all that the Left is purveying in the wake of the evil manifested in Texas. However, a critical analysis reveals that a gun was only the last cause, not the only one.

This isn’t the place to recite statistics on gun ownership, gun crime, and defensive use of firearms. Those are well handled elsewhere. We have a classroom full of innocent children lying on slabs in the local morgue, not due to any actions by an AR-15, but by the actions of a demented eighteen-year-old, made possible by a chain of critical incidents. This is where we should look. But first, an illustration of the process.

On December 29, 1972, around midnight, Eastern Airlines flight 401 from New York crashed into the Everglades, killing 101 of the 176 people on board. The National Transportation Safety Board investigated the crash and slowly assembled the sequence of events that led to it.

As the plane descended into Miami, the crew noticed that the indicator light for the nose gear being “down and locked” was unlit. Landing without nose gear would be a major hazard, so the crew took manual measures to ensure that the gear was down. The light stayed dark, though, because it was burned out, not because the gear wasn’t down. So, the plane entered a holding pattern over the Everglades to sort out the problem. The crew engaged the autopilot to reduce workload.

While crew members were in the avionics bay below the cockpit, the autopilot changed modes when the pilot gently leaned on the yoke as he turned to discuss the gear difficulty with the copilot. The jet slowly drifted down toward the surface. No one noticed, partly because it was late at night and there were no lights on the ground. When the crew finally noticed a problem with the plane’s altitude, there was no time to correct it.

There were a number of steps in this daisy chain of disaster that, had any one of them been effectively interrupted, would have seen the plane land safely. Each error had to be in the critical incident chain, or nothing bad would have happened. Let’s put that in plain English: Any single change in the critical events would have saved 101 lives. And that includes having the senior, highly experienced pilot fly the plane instead of leaning on the yoke accidentally.

This process is “critical incident analysis.” It identifies every moment when someone can “put a finger in the dike” to prevent a bad event. So, let’s start with the screaming lefties. They want “common sense gun laws” and other pablum. Space prevents a full discussion but they don’t offer a single reason why any of their nostrums would change a single step in the chain. So, their approach must be discarded out of hand.

This leads us to the predictable Republicans. “He was mentally disturbed. We need more mental health services.” And so on. Perhaps the much-touted but unconstitutional Red Flag laws would have helped? Texas doesn’t have a Red Flag law but the Texas Health and Safety Code Chapter 573 allows a police officer to detain someone who appears to be mentally unstable and a likely danger to others. Any weapons can be put into lockup. But no one bothered to tell the cops that the future shooter was coco-loco. They saw his posts, and he was a known bad apple, but this link in the chain didn’t get broken.

By not breaking that link, the shooter was able to buy guns because he didn’t have any red flags in the NICS database. This isn’t the first time that’s happened. Dylann Roof bought his gun “legally” because a police department didn’t report his arrest on a drug charge. Nine people died at Mother Emanuel AME Church in Charleston, South Carolina, because that link was still intact.

Details remain unclear, but the shooter in Uvalde drove to the school and then crashed his vehicle. An eyewitness reports that he fired on nearby people as he left the truck. It was twelve minutes before he entered the school. It’s unclear why either the police or the school did not get the message that he was headed to the school. Had that message been passed on, the school could have locked down, preventing his entry. This isn’t new, since Uvalde schools get locked down almost every week due to violence related to illegal immigration. Another link in the chain remained intact.

Related to this link is the fact that the back door of the school was unlocked. Had entry been restricted to one or two monitored points, his gun would never have been pointed at defenseless children. And that brings us to the last link in this critical incident chain. 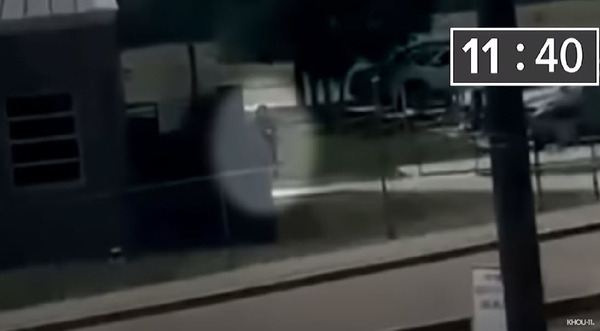 No one was armed inside the school. Uvalde is a high threat environment, as we see from all the lockdowns. It is criminally negligent not to prepare to meet the threats. But Texas law allows local school districts to declare themselves “Gun Free Zones,” thereby becoming the favorite target of mentally disturbed mass murderers. Sandy Hook, Marjorie Stoneman Douglass High School, and Umpqua Community College should make this abundantly clear. Someone intent on mayhem knows that no one will be able to stop him in a gun-free zone.

So now we have multiple links in the chain. First, no one dropped a dime on this kid when he was known to be trouble. Next, the message that a man was shooting a rifle and heading to the school got lost. That left the school wide open to invasion and, finally, no one inside the school had the means to protect the most vulnerable in our society.

These are four easily identified places where this tragedy could have been averted. Political “solutions” that only tackle one are doomed to fail. But there is an example we can emulate. Israel has armed guards at its schools and both staff (some of whom are also armed) and students are taught to be proactive to defend themselves. No students are ever harmed, even though Arab violence is an everyday problem. The final common path of evil is met with overwhelming force, so bad guys look elsewhere.

It’s obvious that steps will fail from time to time. So, it’s essential to have defense in depth. Schools can easily be hardened so that shooters have considerable difficulty entering. But that may fail, so shooters must know that they will suffer acute lead poisoning promptly administered should they enter. That requires a significant percentage of the staff to carry arms on their person at all times. Schools with such defense don’t get shot up, and their charges go home safely.

It’s time to shut off the noise and do serious after-action critical event analysis. Maybe there were even police failures that can be fixed. But remember, when seconds matter, the police are only minutes away.