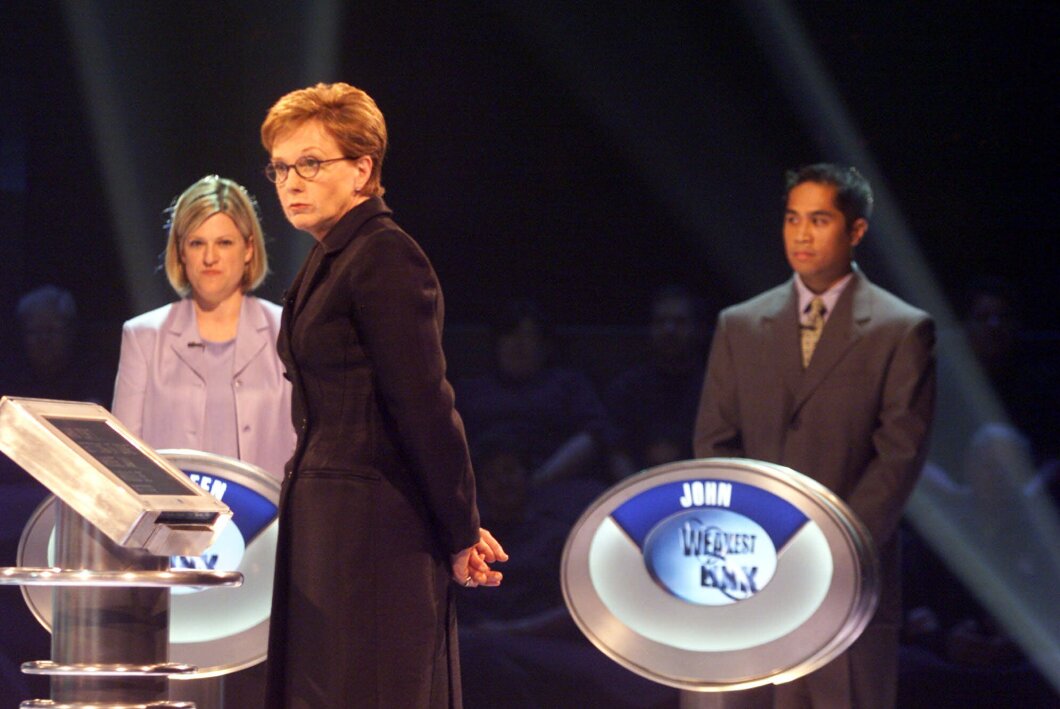 Robinson did not dance around how to answer the contentious question of “what is a woman?”

“A woman is someone with a vagina,” Robinson declared. “I’m horrified by the lack of safety in women’s changing rooms, in swimming pools and that sort of thing.”

“I think the most interesting statistic is that the amount of trans who actually surgically get altered is minuscule,” she added. “So you are talking about men in women’s changing rooms.”

The famous British TV host is known for her blunt comments, including her famed line, “You are the weakest link — goodbye!” while hosting Weakest Link on NBC between 2001 and 2003. The game show was an adaptation of the British version that aired between 2000 and 2012 on BBC.

“If you ever get me to do a job, there will be half the audience saying: ‘Oh, no; not her,’” Robinson said. “Because you can’t be as opinionated and pleased with yourself as I am and not have people, particularly women, saying: ‘God, she really gets up my nose.’”

Robinson shared her concern for parents who are taking their children to doctor appointments to discuss whether they were born into the wrong body.

“How do you know that’s what it is? That’s what your child is telling you it is. It’s that phrase: ‘Will that be what you want when you grow up?’” Robinson giggled. “That’s what I should have said to myself when I accepted Countdown.”

The TV presenter recently announced her departure from Countdown, the British teatime quiz show, after one year as its host.