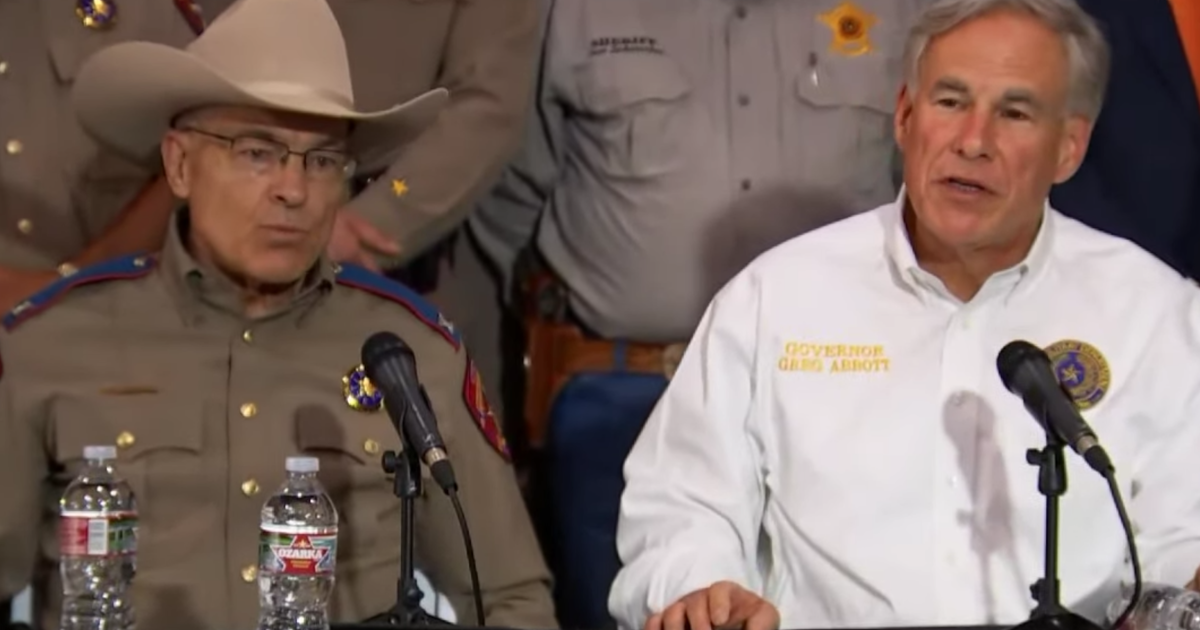 AUSTIN, Texas — Local and state officials in Texas are bracing for a humanitarian and security crisis as roughly 100,000 migrants wait in northern Mexico to cross the border illegally in the coming day.

AUSTIN, Texas — Local and state officials in Texas are bracing for a humanitarian and security crisis as roughly 100,000 migrants wait in northern Mexico to cross the border illegally in the coming day.

Gov. Greg Abbott, a Republican, warned that a federal judge’s decision to continue a pandemic policy for turning away migrants at the border has only delayed the rush of migrants that had been expected Monday, when the Title 42 policy was slated to be lifted. Abbott warned instead that those waiting in Mexico could choose to cross at any time and that the state was preparing for a number of situations.

“There are maybe as many as 100,000 migrants who are across the border waiting to cross into the state of Texas,” Abbott said during a press conference in Eagle Pass on Monday afternoon. “And we as a state — ‘we’ being the local communities that are represented here in this room today — they’re all dealing with the enormous challenge of having a tidal wave of people come into the communities.”

Abbott and top state law enforcement and military officials visited the town of 29,000 residents Monday to see how federal, state, and local authorities planned to respond if thousands of people were to cross at once. At present, Eagle Pass is seeing 1,000 people taken into custody for unlawful entry daily, Mayor Rolando Salinas told the Washington Examiner.

“Right now, we haven’t seen any major movements of those across the border as we were anticipating with the elimination of Title 42. But we’ll continue to monitor that and work with our federal partners or at least our local partners across the river,” Texas Department of Public Safety Col. Steve McCraw told reporters.

The migrants counted in the estimate are residing in Mexican shelters, hotels, and government housing, as well as on the street. Each has paperwork authorizing them to be present in Mexico, McCraw said. Abbott and McCraw did not explain how they calculated the 100,000 figure.

Salinas, also in attendance, invited President Joe Biden and Vice President Kamala Harris to visit Eagle Pass to see the impact that the 500 migrants being released per day has on his community, including on the nonprofit sector, transportation services, and first responders.