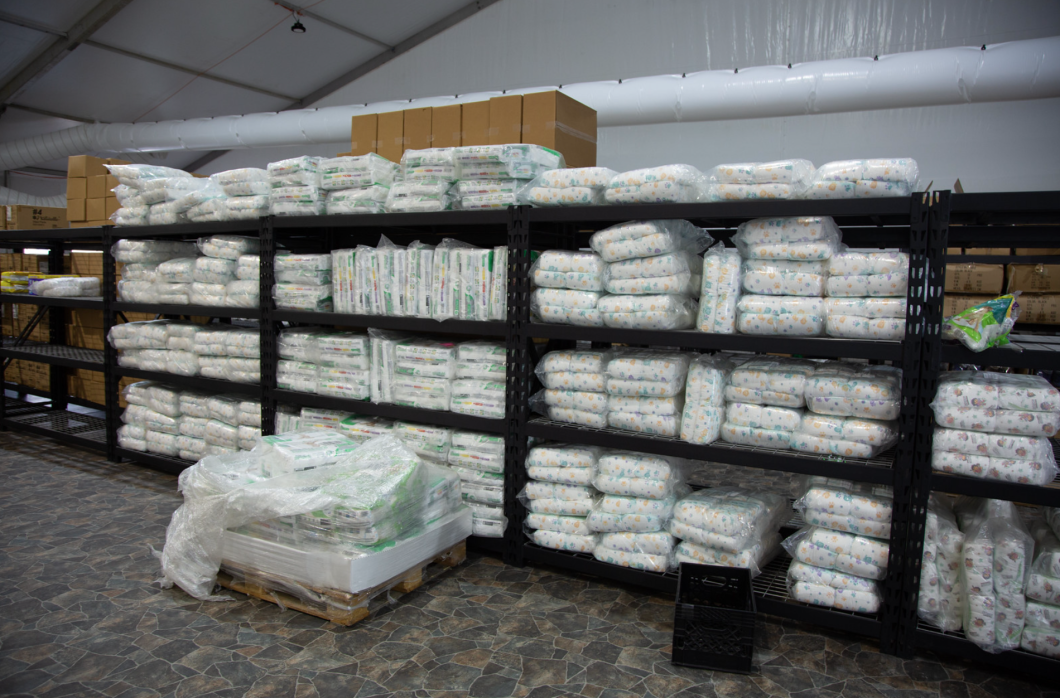 Abbott, the Republican incumbent running for a third term in November, issued a scathing statement with the head of the National Border Patrol Council on Thursday, stating that Texas children should “be put first” over migrant children when it comes to who should receive formula.

“While mothers and fathers stare at empty grocery store shelves in a panic, the Biden Administration is happy to provide baby formula to illegal immigrants coming across our southern border,” Abbott and National Border Patrol Council President Brandon Judd said in a joint statement. “Our children deserve a president who puts their needs and survival first — not one who gives critical supplies to illegal immigrants before the very people he took an oath to serve.”

“Let me be clear: the baby of an immigrant, undocumented or not, is just as precious as the baby of a US citizen & deserves baby formula, too. We are the wealthiest nation in the world. We shouldn’t have shortages of infant formula. This is outrageous. Take action now @JoeBiden,” Rose wrote on Twitter.

Let me be clear: the baby of an immigrant, undocumented or not, is just as precious as the baby of a US citizen & deserves baby formula, too.

We are the wealthiest nation in the world. We shouldn’t have shortages of infant formula. This is outrageous. Take action now @JoeBiden

“There is a nationwide baby formula shortage. Instead of working for a solution where ALL babies can be fed, Republicans like Greg Abbott are trying to divide us by creating dangerous and false narratives and demanding that formula be denied for immigrant children. It’s shameless,” United We Dream said in a statement posted to Twitter.

Rep. Colin Allred (D-TX) called Abbott’s statement “one of the most inhumane, barbaric statements I’ve ever seen. Matthew 25:40 must be uncomfortable reading for someone who could call for starving babies.”

The verse that Allred referenced is a quote in which Jesus Christ states, “Whatever you did for one of the least of these brothers and sisters of mine, you did for me.”

“As the father of a newborn, I’m struck by Greg Abbott’s callous inhumanity,” Rep. Joaquin Castro (D-TX) wrote. “Governor, the government provides baby formula because these babies are being held in government custody and unable to shop HEB or Walmart for formula. All you do is divide people with fear.”

The leader of a migrant advocacy organization in El Paso, Texas, called Abbott’s comment an attempt to use babies “as part of his distorted political platform.”

“He’s not only demonizing immigrants in Texas by calling them criminals and rapists but now to this extent that he is using immigrant children and babies as part of his political gain. That is shameful,” Fernando Garcia, founder of the Border Network for Human Rights, told Border Report.

U.S. Customs and Border Protection, the federal agency that oversees the Border Patrol, said in a statement to the Washington Examiner that it is legally required to provide food, shelter, and comfortable settings for people in its custody. The Border Patrol apprehends noncitizens who have illegally crossed into the United States.

“Ensuring migrants, including children and infants, in our custody have their basic needs met is in line with this Administration’s commitment to ensuring safe, orderly, and humane processes at our border. CBP complies with all applicable regulations for the purchase of products used in CBP facilities,” a CBP spokesman said in a statement.

Following the 1993 class-action lawsuit Flores v. Reno relating to the treatment of migrant children held in government custody, the court set guardrails for the care of migrant children in custody. The Flores settlement agreement requires that certain conditions be met, including that the government provides “safe and sanitary facilities, toilets and sinks, drinking water and food, medical assistance, temperature control, supervision, and contact with family members, among other requirements.”

CBP posted photos in February 2021 showing shelves in one soft-sided facility in Donna, Texas, that prepped more than 1,000 baby diapers, along with a variety of supplies, as more people were crossing the border. The government has contracts for supplies.

Border Patrol’s regional processing center in McAllen, Texas, known as the Centralized Processing Center, went under renovation at the end of the Trump administration, prompting the agency to erect a tent facility in Donna to hold migrant adults, families, and children. Rep. Kat Cammack (R-FL) referenced the center when claiming that Biden is shipping pallets of baby formula to this facility rather than U.S. retail shelves.

The first photo is from this morning at the Ursula Processing Center at the U.S. border. Shelves and pallets packed with baby formula.

The second is from a shelf right here at home. Formula is scarce.