The leak of a potential Roe v. Wade–reversing Supreme Court decision shines a light on leftists, and their ugliness is showing.

Abortion and the Evils of the Modern Left – American Thinker<!—->

For decades, the American left has furthered its agenda via leftists on U.S. courts.  Thus, in order to get their way on a wide array of issues — abortion, marriage, LGBT issues, immigration, and the like — Democrats have not had to win elections.  They merely needed control of the courts.  With right-minded originalists replacing authoritarian leftists on courts throughout America, the left’s hold on state and federal courts (much credit to President Trump!) has waned.  This is especially true with the Supreme Court of the United States (SCOTUS).

Given their obsession with sex, among leftists no issues are held in higher regard than abortion and anything related to the perverse LGBTQMYNAMEISLEGION agenda.  Sexual perversion has become a sacrament among the modern left , and tens of millions of the most helpless and defenseless among us have literally been sacrificed in the name of “Do as Thou Wilt” in the sexual realm.  Because they’ve been unable to get it done legislatively, much of the American left’s agenda accomplishments on these matters have happened via U.S. courts.

Thus, the American left’s vitriolic reaction upon the egregious leak of a supposed SCOTUS majority opinion in Dobbs v. Jackson — which would overturn Roe v. Wade — should surprise no one.  The leak was almost certainly a political stunt intended to intimidate pro-life justices, politicians, and citizens alike.  This is what those who have made a god of government do.  The left should take note: what the government giveth, the government can take away.

When one makes a god of government, virtually everything gets politicized.  When most everything is politicized, much gets perverted.  To keep their evil agenda alive, the left must constantly distort, deceive, and demonize.  This was on clear display after the Dobbs opinion leak.

After the leak was announced, Hillary Clinton tweeted that reversing Roe “will kill and subjugate women.”  President Biden wondered if the next move for conservatives (i.e., the “MAGA crowd”) would be to make laws that prevent “children who are LGBT” from being in “classrooms with other children.”

Vice President Kamala Harris used the tired argument that “opponents of Roe want to punish women and take away their rights to make decisions about their own bodies.”  Democrat representative Hakeem Jeffries added that the Dobbs opinion happened because the “radical right stole two seats on the Supreme Court.”  References to The Handmaid’s Tale and the Dark Ages were rampant (thanks, Libs of TikTok!).

The idea that reversing Roe would end “access to abortion” in the U.S. was a common refrain among the hyperbolic left.  As many on the right side of this issue have long pointed out, this is nowhere close to the truth.  Even if Roe is finally overturned — because such a decision would merely return the matter to individual states — tragically, throughout much of America, abortion will remain as legal as it is today.  Many Democrat-dominated states have been expanding their abortion laws in anticipation of the fall of Roe.

The anger on display by leftists after the Dobbs leak is revealing and scary.  A recent Mollie Hemingway encounter at the Supreme Court was sadly not that uncommon:

Keep thinking about an abortion supporter I encountered the other night at the Supreme Court who screamed — almost as if possessed — “KILL THOSE F-CKING BABIES!” Such hate-filled extremism — particularly compared to previous mantra of “safe, legal, RARE” https://t.co/H62fSM8hsY

As now often is the case with the LGBTQMYNAMEISLEGION apologists (e.g., “Drag Queen Story Hour” and the like), pro-abortionists haven become more brazen in their defense of their so-called “right” to kill the most helpless and defenseless among us.  Demonic anger is frequently on display when dealing with pro-abortionists.  Decades of silence by many Christians — most tellingly, even during church services — on these grave moral issues has emboldened those steeped in darkness. This must change!

The calls for violence after the Dobbs leak were not hard to find.  This was well chronicled by Jordan Boyd at The Federalist.  Shortly after the leak surfaced, Ian Millhiser, a senior correspondent at Vox, tweeted, “Seriously, shout out to whoever the hero was within the Supreme Court who said ‘f— it!  Let’s burn this place down.'”

Other blue checkmarks on Twitter called for the nation, its institutions, and the highest court in the land to literally and figuratively burn to the ground.

Journalists were among the greatest offenders who publicly endorsed violence against justices who vote in favor of returning the abortion lawmaking back to the states.

When conservative commentator Allie Beth Stuckey noted that “conservative justices will have their lives and the lives of their families threatened,” The Nation’s Washington D.C. Correspondent Aída Chávez replied “good.”

“OK, Alito, I’ll call your ‘enflamed debate’ & ‘deepened division’ and raise you with millions of angry women in the streets. You #GOP folks want to play poker? Show your hand and watch what happens,” she wrote.

Given the wicked Summer of Rage that we witnessed in 2020, none of this should be taken lightly.  Additionally, the left is now directly threatening conservative Supreme Court justices.  As Breitbart reports,

The website also asked protestors to “rise up May 8-15 and beyond[.] … At the homes of the six extremist justices, three in Virginia and three in Maryland.” The site says the main protest is scheduled for May 11.

Again, none of this should be taken lightly. We’ve seen the awful consequences of leftist policies on plain display for years now in the Democrat-dominated cities across America.  Arson, thefts, assaults, murders, and the like have exploded where leftism rules and leftists abound.  If given enough cover by their allies in the drive-by media and the Democrat party, I wouldn’t be a bit surprised to see violence visited upon conservative justices.

However — and let this be a lesson to you, John Roberts — this is not a time for weakness!  The left cannot be appeased.  It must be defeated — politically, spiritually, and so on.  The best defense against leftists’ rampant evil is the light of the truth, whatever consequences it brings.

Trevor Grant Thomas: At the Intersection of Politics, Science, Faith, and Reason.
www.trevorgrantthomas.com
Trevor is the author of the The Miracle and Magnificence of America.
[email protected] 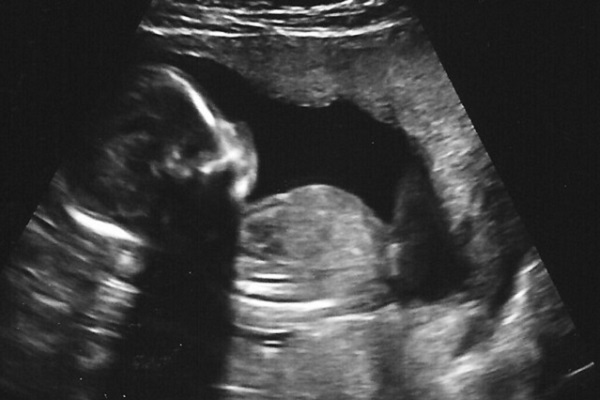