We may be watching the breakup of the United States if Roe v Wade is overturned as indicated by the leaked draft memo of a pending Supreme Court decision.

We may be watching the breakup of the United States if Roe v Wade is overturned as indicated by the leaked draft memo of a pending Supreme Court decision.

We have to go back to 1857, to the Dred Scott decision, to see how devastating a court decision could be. Prior to that decision, the Fugitive Slave Act of 1850 required every state, including Northern states, to assist in the return of runaway slaves. Of course, Northern States were loath to oblige, and the South was furious about this. Northern interference was cited as one of the reasons for the South’s secession, indicating two things:

1) The South, despite its claims, did not care about state’s rights, when it applied to Free States.

2) The real issue of the Civil War was slavery, as also indicated by Vice-President Alexander Stephen’s inaugural cornerstone speech.

The Dred Scott decision said that a slave was not freed when entering a free state, nor could he be. Couple that with the 1850 Fugitive Slave Act, and what that meant was that slaves, as slaves, could be brought to every state of the Union, without an alteration of status. Effectively, the Supreme Court had forced the institution of slavery upon the North. 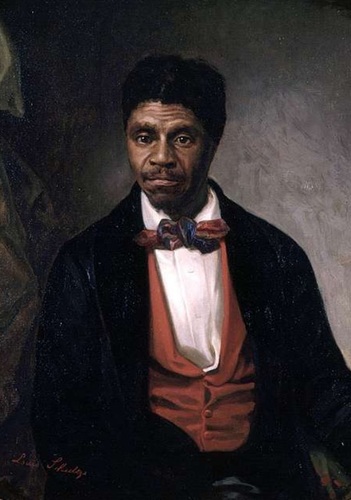 Realizing that, the full horror of the Dred Scott decision becomes clear. Free States were jurisprudentially declared null and void. One could bring his slaves to Massachusetts, so any pretense of a Free State was lost. The South had won in the courts. Again, so much for Southern appreciation of state’s rights.

And a similar situation is what America will soon face regarding Roe v. Wade.

Essentially, we are faced with a cultural crisis of biblical proportions.  As the prophet Amos declared;

Amos 3:3 Can two walk together, except they be agreed?

Even in democratic republics, there has to be a consensus about some fundamental principles; there has to be some bedrock ideas that are not up for debate, or else the society will fly apart from centrifugal opposing forces. And that is what we are facing now.

The right of women versus the rights of unborn babies: and neither side will yield one inch, but rather will assert their position to the utmost.

Currently, 21 US states have policies requiring that pregnant women who consume alcohol be reported to child services, 20 consider the women liable for child abuse, and five recommend civil commitment. – Quartz

Where do you draw the line? Obviously, no one wants a child born with fetal alcohol syndrome, but should taking one drink be criminal? The laws are not clear. As alcohol is most harmful during early pregnancy, how does one deal with cases where the woman is not aware of her early pregnancy?

So, America has conflicting laws. Northern (usually liberal) states make the woman’s right paramount to the exclusion of any baby’s rights. And conservative states often do the opposite.

And then there is California, which has liberal abortion laws and strict-substance-abuse-during pregnancy laws. Apparently, the baby is not a person, worthy of protection, when it comes to abortion, but is a protected person when it comes to the mother’s drug use. This introduces an odd problem: the law all but impels a drug-addicted woman to abort to avoid criminal charges.

Apparently, society cannot agree on the basics, and unless this is settled, the country will eventually break up.

Some anti-abortion states are considering making it illegal to drive out of state for an abortion.

A proposal that could be debated in the Legislature as soon as next week seeks to make it illegal to “aid or abet” abortions outlawed in Missouri, even if they are performed in other states. – PBS

Not only is the law unenforceable, but it has Missouri acting as an independent country, making illegal an activity that is allowed in another state, even if done within that other state. At that point, the interstate commerce law and the Constitution will be ripped to shreds. The union is dissolved.

And what will states do now that Amazon promises to fly employees to another state to have an abortion?

Amazon.com Inc … the second-largest U.S. private employer, told its staff on Monday it will pay up to $4,000 in travel expenses annually for non-life threatening medical treatments including abortions … – Reuters

What if a company incorporated in an Abortion State is required to provide such travel services to employees in its branches in Pro-Life States, by law (One could see New York passing such legislation.), while at the same time the Pro-Life State makes it illegal to tender such assistance (As Missouri seems to be considering)?

Consider that New York insurance companies (in what was then a Free State) sold property insurance policies for slaves to Southern slave owners. What if New York insurers are required to pay for travel expenses for Missourians seeking an abortion in Manhattan? Will Missouri prosecute the company?

There is no happy solution to any of this.

Why?  Because society cannot agree on the basics.

The country would unravel.

Mike Konrad is the pen name of a writer who wishes he had paid more attention in his Spanish class, lo those many decades ago.