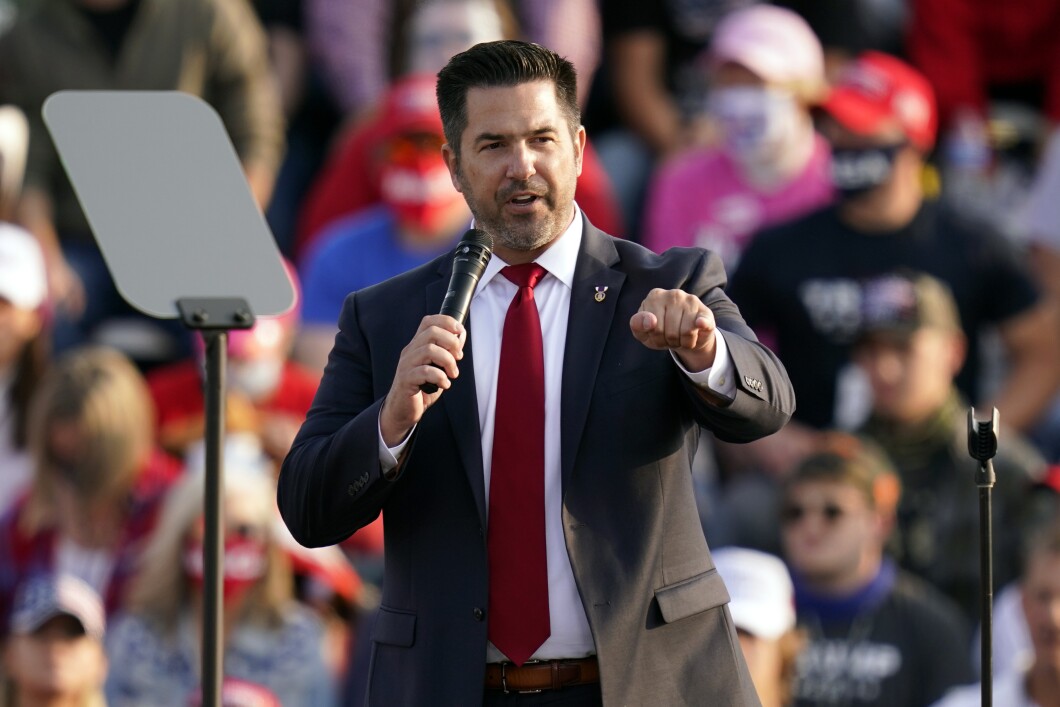 Sean Parnell, an Afghanistan war veteran and author, says Congress should carefully consider what fighting in a war overseas means to families in the United States before getting tangled in new conflicts.

Sean Parnell, an Afghanistan war veteran and author, says Congress should carefully consider what fighting in a war overseas means to families in the United States before getting tangled in new conflicts.

Lawmakers who have approved billions of dollars worth of military assistance to help Ukraine fend off Russia’s invasion or might want to get involved in a future fight between China and Taiwan, should reflect more on the wars in Afghanistan and Iraq before jumping into another foreign struggle that is not a direct attack on the United States, Parnell told journalist Lisa Boothe.

“It seems like you have members of Congress on both sides of the aisle in the House and in the Senate that are clamoring to go right back into the fight in Ukraine, which from a geopolitical standpoint is just … It’s far more complicated than Afghanistan,” Parnell said on an episode of the The Truth with Lisa Boothe podcast, set to premiere on Memorial Day.

“Without even taking a breath after the Afghan war and saying, ‘Wait, is this really worth it? Should we take time to hit the reset button as a country and figure out if this fight is worth Americans dying for? Because that’s the question that American moms and dads need to ask themselves, Lisa, ‘Is Ukraine so important that you are willing to sacrifice your son or daughter for that?’ If the answer to that question is, ‘no,’ then we shouldn’t be doing anything for Ukraine,” he added.

Part of the problem with politicians wanting to send troops overseas stemmed from the large culture gap between civilians and those who fought in a combat zone post-9/11, Parnell said.

“You only have 0.4% of the people in this country who served this country during Iraq and Afghanistan, so 20 years of war, longest period of war in American History, only 0.4% of the country actually experienced what it means to protect and defend freedom,” Parnell said. “And so I think as a result, you have most of America, 99% of America who enjoy freedom on a day-to-day basis in this country, and you have less than half of 1% who protect it, there’s a significant gap between those two groups and I think that’s part of the reason why you have politicians who’ve really never served anything but themselves for the majority of their lives talk so callously about sending American sons and daughters into the fight. The reality is they don’t have any real understanding of what that means for American families who are actually doing the fighting.”

Parnell decided to become an Army officer after the terrorist attacks on Sept. 11, 2001. He became a captain in the Army Rangers and was awarded two Bronze Stars, including one for valor, and a Purple Heart after getting shrapnel in his leg and a traumatic brain injury.

The psychological effects of war do not end for the soldiers when they leave the military, Parnell said.

“In my small unit, we’ve lost more people to suicide than we have to combat. What does that tell you about the way in which we take care of our soldiers or our men and women who serve this country here at home?” Parnell asked. “Not that the VA isn’t amazing, I’m grateful and glad that we have the VA, but the problems that we face here are far greater than maybe going to see a doctor or being given some drugs in a paper bag and, hey, sent on your way on behalf of a grateful nation. The problems that veterans face here at home are largely existential problems, cultural problems that I think America as a country needs to face.”

One solution Parnell suggested was inviting soldiers to talk about their war experiences to high school students so they could understand the negative effects of a war as well as the heroic.

Since returning from Afghanistan, Parnell has written four novels about serving in the military, and one non-fiction memoir called Outlaw Platoon which focused on his experience as a platoon leader on the Afghanistan-Pakistan border. Parnell, who has also focused on helping soldiers thrive in civilian life after fighting in a war, ran a brief 2022 GOP campaign for U.S. Senate in Pennsylvania before ending it last year amid a child custody dispute with his estranged wife.

Other topics discussed in the podcast, which was obtained early by the Washington Examiner, include Parnell’s time in Afghanistan, the current state of the U.S. military, former President Donald Trump’s relationship with the military, and the Biden administration’s withdrawal from Afghanistan. The full interview will be available Monday morning.