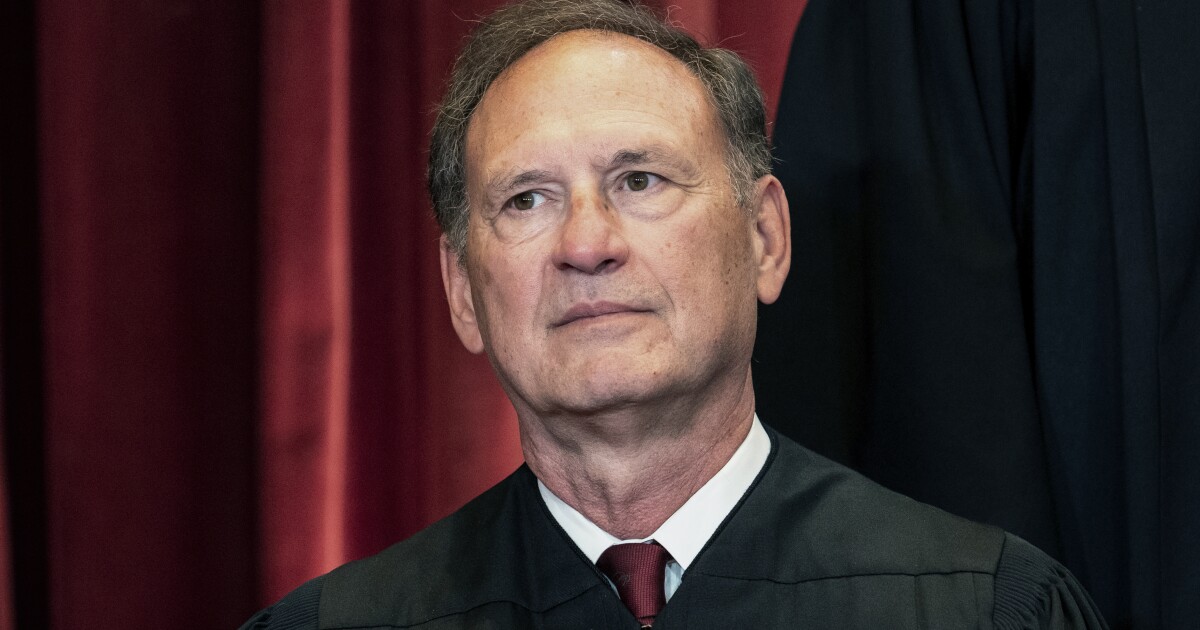 Justice Samuel Alito scrapped plans for an appearance at an event amid the fallout of his leaked Supreme Court draft opinion indicating that Roe v. Wade will be overturned.

Justice Samuel Alito scrapped plans for an appearance at an event amid the fallout of his leaked Supreme Court draft opinion indicating that Roe v. Wade will be overturned.

Alito was scheduled to participate in the 5th U.S. Circuit Court of Appeals’s judicial conference, which is slated to begin Thursday, but canceled for reasons that have not been disclosed, Reuters reported.

The gathering promises to include judges from the circuit court and the district courts of Louisiana, Mississippi, and Texas. In his role as a Supreme Court justice, Alito is tasked with reviewing emergency appeals from the 5th Circuit.

Alito’s colleagues, Chief Justice John Roberts and Justice Clarence Thomas, were scheduled to give remarks at a similar conference for the 11th Circuit on Thursday and Friday, per a program obtained by the outlet. However, it remains unclear if they will still appear.

A representative for the high court confirmed to Reuters that Alito canceled his appearance. The Washington Examiner reached out to the Supreme Court for further comment.

The draft majority opinion leaked to Politico and published Monday night indicates the Supreme Court, which has a conservative majority, is on the precipice of overturning Roe, a 1973 case whose ruling legalized abortions nationwide. The opinion is not final, and votes among the justices might change before a ruling is dealt sometime in the coming months. The leak prompted Roberts to order an investigation by the marshal of the court. In a statement, the court confirmed the draft that was leaked is “authentic” but stressed it does “not represent a decision by the Court.”

Still, the draft opinion sparked uproar and protests across the country. If his draft decision were to go into effect, the court would throw out nearly 50 years of precedent established under Roe that guarantees women a constitutional right to abortion. A tall security fence was erected around the Supreme Court amid security concerns regarding protesters Wednesday evening.

Alito took note of the public pressure the justices faced in his draft decision but argued the court could not allow that to influence its decisions.

“We cannot allow our decisions to be affected by any extraneous influences such as concern about the public’s reaction to our work,” he wrote in the leaked draft. “We do not pretend to know how our political system or society will respond to today’s decision overruling Roe and Casey.”