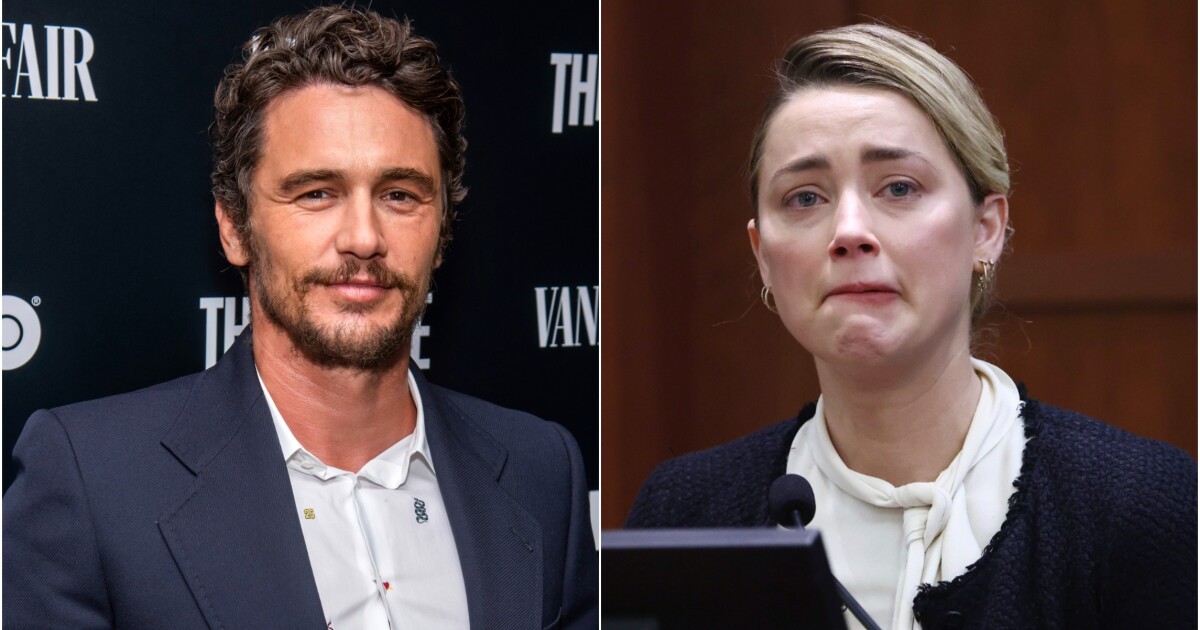 Actress Amber Heard claimed that a role she had alongside James Franco was the reason her then-boyfriend Johnny Depp once fought with her.

Actress Amber Heard claimed that a role she had alongside James Franco was the reason her then-boyfriend Johnny Depp once fought with her.

Depp allegedly kicked Heard after asking for details surrounding her relationship with Franco.

“He hated James Franco,” Heard said. The two had worked together on the films Pineapple Express in 2008 and The Adderall Diaries in 2015.

WATCH: PSYCHOLOGIST REVEALS HEARD ‘FELT NOTHING’ DURING RELATIONSHIP WITH MUSK

“Did he slip you the tongue?” Depp allegedly asked Heard after filming with Franco while on a plane in 2014. This was in reference to Depp and Heard’s first on-screen kiss, for which Heard claimed Depp used his tongue.

Heard testified that Depp went on to ask more questions and kick her to the ground when she attempted to walk away in the aisle of the plane. She claimed security guard Jerry Judge saw it happen. However, Judge died in 2019 while still working for Depp. The actress had also told psychologist Dr. Dawn Hughes about the incident years later.

Judge’s supposed voice was featured in an audio tape played several times throughout the trial, in which he is heard saying, “I’m going to stay with this f***ing idiot in case he gets sick,” following a recording of Depp moaning while on a plane.

Earlier in this trial, Depp testified he couldn’t remember if he’d ever fought with Heard over Franco. When his counsel asked him if he suspected Heard of cheating on him with Franco, Depp said he did.

Franco was initially named on Heard’s witness list. However, the actor is not confirmed to testify before the court.

Depp allegedly fought with Heard over the types of acting roles she auditioned for, even arguing about the wardrobe in some cases.

After being cast in London Fields, Heard said she asked her then-fiance Depp for permission to go to a cast party concert. She claimed Depp would not give her permission and she did not go. Depp was cast in the same movie for a small role, but it is unclear when he was cast.

“Every scene that involved sexuality and romance, every time I would see that on the script, my gut would tighten,” Heard said.

Heard went on to discuss Depp’s substance abuse, claiming she’d all but separated from him because of the drugs but only continued to be engaged to Depp when he was making strides to become sober.

“My dad was addicted to the same thing Johnny was,” Heard said after watching the two do drugs together. Heard submitted photos she took of Depp seemingly passed out in chairs, with one photo depicting him on a hotel floor with his head under the bedside table.

Throughout her testimony, Heard got into the same issues as her ex-husband, often leading Depp’s team to object on the grounds of “hearsay.” As a result, Heard’s lawyer often approached Judge Penney Azcarate.

Due to a judicial conference, Depp’s trial against Heard will be in recess next week and resume on May 16.

Missed any of the testimony? Catch up here.