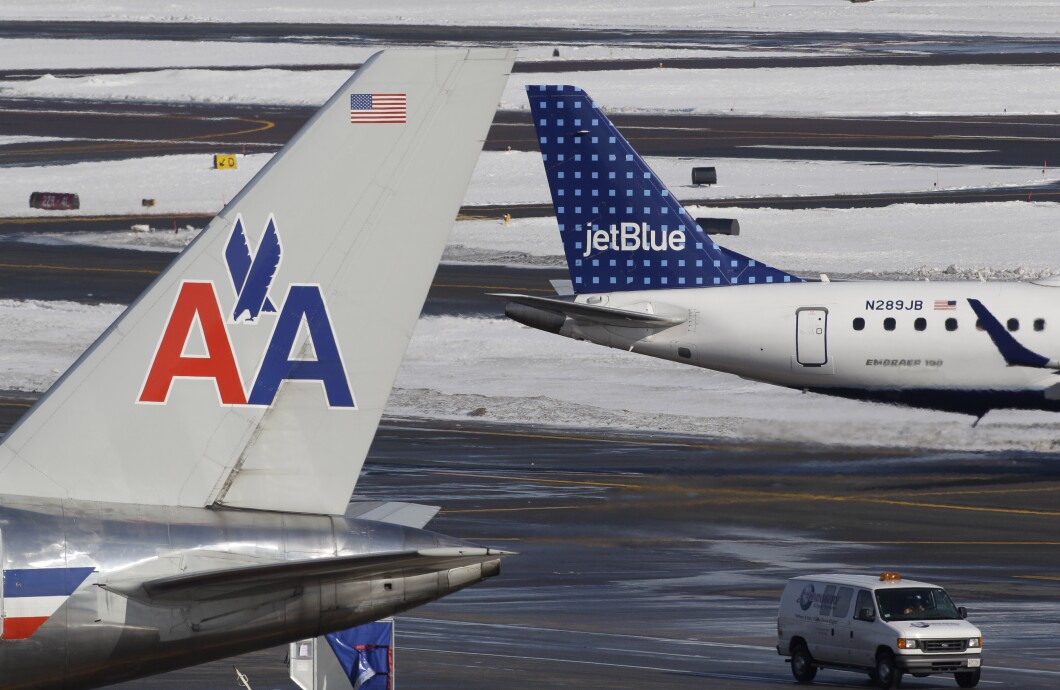 American Airlines CEO Robert Isom offered a vigorous defense of his company's alliance with JetBlue Airways as the company faces an antitrust trial.

American Airlines CEO Robert Isom offered a vigorous defense of his company’s alliance with JetBlue Airways as the company faces an antitrust trial.

Isom argued that the alliance is critical to providing consumers with affordable alternative flights amid fierce competition from Delta and United while insisting that his company would struggle to broaden its operations in the northeast without the JetBlue partnership.

“The opportunity to create the Northeast Alliance is absolutely an opportunity to make American stronger in a place that we have been historically weak,” he explained, per Reuters.

A slew of petitioners from the Justice Department, six states, and the District of Columbia are imploring a court to nix the partnership between the two airline companies, deriding it as a “de facto merger” of operations in Boston and New York, Reuters reported.

They argue that the Northeast Alliance between JetBlue and American Airlines has upped costs by about $700 million annually, according to the report. A DOJ attorney also contended that the alliance means that neither company had to fret about the other pursuing coveted customers in Boston — an assertion Isom disputed.

Isom was also pressed on an email he sent during the thick of the COVID-19 pandemic in which he argued that airline companies would have to “shed a tremendous amount of capacity,” per the report. The industry received some $54 billion in assistance during the pandemic.

“Consolidation has been good for us,” Raja admitted during testimony last week, per Bloomberg. “What consolidation looks like in the future, we don’t know.”