When the American government stops representing the American people, then neither will be bound together for long.

Americans and Their Government Have Become Divided by a Common Language – American Thinker<!—->

U.S. Government: “So you’re saying we should spend tens of billions more on a proxy war against Russia and ban oil and natural gas drilling here at home?”

American Voters: “No, listen: inflation is making it impossible to afford groceries.  Our businesses are dying.”

U.S. Government: “You want us to talk more about transgenderism and the legacies of slavery?  Maybe throw in some free sexual grooming advice for your children?”

American Voters: “Pay attention!  We’ll talk slowly for the remedial learners in Congress.  In every way possible, America is headed in the wrong direction right now!”

U.S. Government: “You think we need more illegal immigration right now?  That’s fine, we can do that.  No problem.”

Irish playwright George Bernard Shaw humorously remarked that “Britain and America are two nations divided by a common language.”  Now the same can be said about American citizens and their “public servants.”  There is what Americans want, and there is what those in power give them.  So much for representative government, eh?

Oh, pshaw!  We still have “representative” government; we’re just no longer the ones it represents.  If the security fencing surrounding much of D.C. weren’t a dead giveaway, the Leviathan’s merciless efforts to target half the country as “terrorists” and “insurrectionists” have drilled the point home.  Americans, you will behave, or you will lose your First Amendment “privileges” for good, and if you persist in your mischief, we will be forced to bump up gas prices and starve even more of your children!  From the swamp’s point of view, greed and power are the only constituents worth representing.  Citizens, in contrast, are just a bureaucratic hassle to be managed.

Now, that doesn’t sound like a “government of the people, by the people, for the people,” does it?  It sounds more like a government setting itself above those it governs, using force and coercion to bend its subjects to its will.  If that is how “democracy” is now defined, it’s little surprise that the New World Order crowd sings its praises.  I say, good sir, don’t those heavy-handed executive mandates reek of despotism?  Impossible — this is a democracy!  No wonder the Chinese Communist Party has the gall to praise a rigged Hong Kong election in which its handpicked candidate receives nearly one hundred percent of the vote as a “victory for democracy.”  The D-word has become the quintessential get-out-of-jail-free card for all the world’s tyrants.

When Nancy Pelosi and Xi Jinping both feign allegiance to “democracy” while threatening anyone who might weaken their power, then the word has lost all meaning.  Of course, an epidemic of words losing their meaning is now more contagious than the Chinese Flu.  When men are women, babies aren’t human, constitutional rights are ephemeral, equality requires treating all social groups differently, freedom is selfish, free speech is dangerous, and fighting racism demands elevating race over everything else, then Truth becomes nothing more than what those with power declare it to be.

Because Truth is the first casualty in any war, an important question arises: shouldn’t this explosion of government-sponsored falsehoods also force us to consider whether we are, in fact, under attack?  Shouldn’t the American government’s commitment to manipulate meaning and control “acceptable” information be seen as the opening salvos in a war against the people it also insists on controlling?  Right now, America feels chaotic and unmoored.  Yet this is how all wars begin — by first saturating the battlefields with waves of invasive propaganda meant to shape the thoughts and deeds of the combatants.  Perhaps the confusion in America today rests entirely with most Americans’ unwillingness to acknowledge that their government could possibly see them as the enemy.  It doesn’t matter how many times the FBI harasses parents at school board meetings or how egregiously unfair the Department of Justice’s treatment of January 6 political protesters remains; the idea that the American government is attacking the American people is too much for some to accept.  If the madness afflicting America today feels a little like Alice in Wonderland dodging the Queen of Hearts, though, it might just be because “off with their heads!” sounds like official government policy.

A pro-abortion, anti-family American ruling class financially and ideologically aligned with a Davos Death Cult obsessed with population control and climate apocalypse can be no cheerleader for life, liberty, or happiness.  Traditional notions of American individualism and self-determination have no home in a country whose government finds free will a threat to its legitimacy.  Unalienable rights are anathema to any power structure too brittle to survive dissent.

In other words, when the American government stops representing the American people and instead focuses exclusively on enriching itself, it stops speaking the common political language that has united the American people for two hundred fifty years and guided the United States through the bitter moments of its past to become stronger on the other side.  Without the language of liberty connecting disparate peoples across fifty states, without the bonds of celebrated history outweighing our differences, without the perseverance of our mottos, manners, and creeds, then America devolves into another fragile country destined to fracture and spoil.  When American citizens and the American government speak the same words yet disagree on their meaning, then neither those governing nor those governed can remain bound together for long. 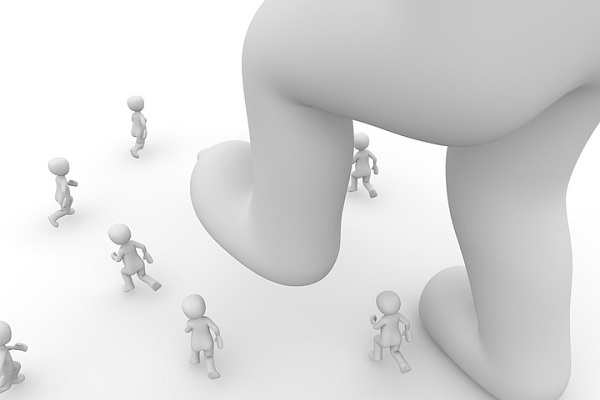