Lose the politics and get back to business.

Among the Wokerati – American Thinker<!—->

The “First Rule of Holes” states that when you’re in a hole, stop digging. American businesses have dug themselves a colossal hole by going woke and most have not stopped digging. They are paying for it in lost customer dollars and lost respect. The adage, “Go woke, go broke” applies even more lately than when the Wokeratti CEOs first decided, unfathomably, to jump on the bandwagon. At the time, our collective reaction was, “Are they crazy? I’m boycotting.” And we did, heartily and in great numbers.

The great majority of American consumers are not in favor of woke policies, yet those policies have taken hold of many organizations and corporations. It pays to find out why: One person can be made to look like thousands by use of bots, a digital way to exaggerate and multiply comments beyond their actual numbers. This happens everywhere online. Some businesses that went woke were duped into thinking that hundreds if not thousands of people were demanding it when in reality, it was one or two people using bots.

In recent days we are noticing that some businesses who once swaggered their social justice cred have perhaps lapsed into a fugue state wondering what hit them. The Subway fast food chain seems to be suffering for their support and near-canonization of a supremely ungrateful, unpatriotic sports star and kneeler.

Disney is suffering tremendous losses for their pervasive in-your-face Queer agenda. An Issues & Insights/TIPP Poll revealed that the Disney brand is now trusted by only 42% of independents, while 52% percent of the polled say they don’t trust Disney’s programming for their children any more. Didn’t Disney realize that such positions are surefire ways to lower their bottom line?

Gillette’s recent ad depicted a father teaching his transgender son (a daughter who is taking male hormones) how to shave. Gillette soon afterward lost $5.24 billion net and an $8 billion devaluation of stock. Can Gillette not put two and two together?

The Salvation Army, once a haven for conservative thought and action, made the mistake of allowing their CRT/DEI agenda to go public. Their racist anti-white HR indoctrination material demanded that white people apologize to people of color for sins they, the white folks, had allegedly committed. As a result, last Christmas saw Salvation Army’s largest decline in bell ringer volunteers and donations in their history. We walked. Our local supermarket, for the first time in decades, had no bell ringer. Did they not make the connection?

Coca-Cola, Lowe’s, and Bank of America’s CRT/DEI “training” materials depict whites as “oppressors” and call America a “racialized society.” They then berate white people for ostensibly using race to “establish and justify systems of power, privilege, disenfranchisement, and oppression.” My guess is these businesses have suffered from their wokeness as well, but will they connect the dots between their positions and our departure?

These are just a handful of cases of companies that opted for the decibel level of the few over the quiet demeanor of the non-woke many. It’s senseless.

As far back as July of last year, morose regret in Wokeback Mountain was setting in. Imagine how many chagrined business owners and 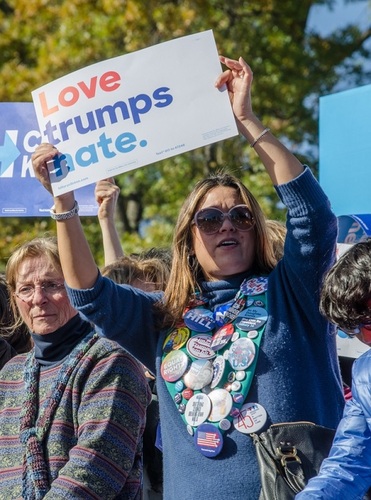 CEOs would just as soon avoid the distractions and get back solely to making a profit. Most American consumers would prefer that as well. We don’t need a side of woke with our purchases.

Since wokeness went national, I have stopped using at least half a dozen businesses I really liked because they offended my sensibilities with their hectoring and virtue-signaling. Their positions and endorsements are those with which I thoroughly disagree, but more to the point, it’s hard to ignore the notion that as a paying customer I must first be re-educated and in need of their opinions on politics and culture. The website Blue State Conservative, has six lists of businesses that went woke. People are reading these lists and acting on them. I did.

Do these companies not know that the numbers of non-woke customers far exceeds the small number of vocal obnoxious wokesters? Why are businesses cutting their own profits by kowtowing to an overblown, decibel-intensive and bot-savvy minority? Is it because they’re loud? If that is the corporate reasoning, can’t they see that non-wokesters speak louder and in greater numbers by walking away?

America will be better served if businesses lost their wokeness, which they can do easily if they are smart. They can simply issue a public statement to customers and stockholders reading something like: “The Acme Anvil and Widget Company (AcmeAnvilWidget.com) and all its subsidiaries will no longer take a political, historical, or cultural stance on any past or current matter. We value all our customers and are in business only to sell our products and to serve.” Period.

Everyone wins from such a public declaration. But if companies continue to embrace the woke, they can kiss large numbers of dollars and customers goodbye to placate a few loud voices. What could a business possibly lose by making this proposed statement public?  Backlash from the woke? Or backlash from the non-woke? Which is preferable? They need to know that the very loud voices of American Marxism are small in number — they’re just loud. But we are louder at the bottom line.

Woke corporations dug some gargantuan holes and now it appears they may want to backfill them. That would be wise, but at the very least, they need to first stop digging.

Americans don’t like being lectured to by anyone, especially by children and corporations, both of whom have overstepped their Peter Principles. These companies need to stop digging, fill in the holes they dug, clear away the debris, clean up their sidewalks, and throw away their shovels.

Americans should call upon businesses that went woke in the last few years to publicly and openly state that that their customer base is better served if said businesses take no stand on political and cultural matters, that they are in business only for business. Americans are a forgiving lot most of the time. We may come back, but only if they do first.