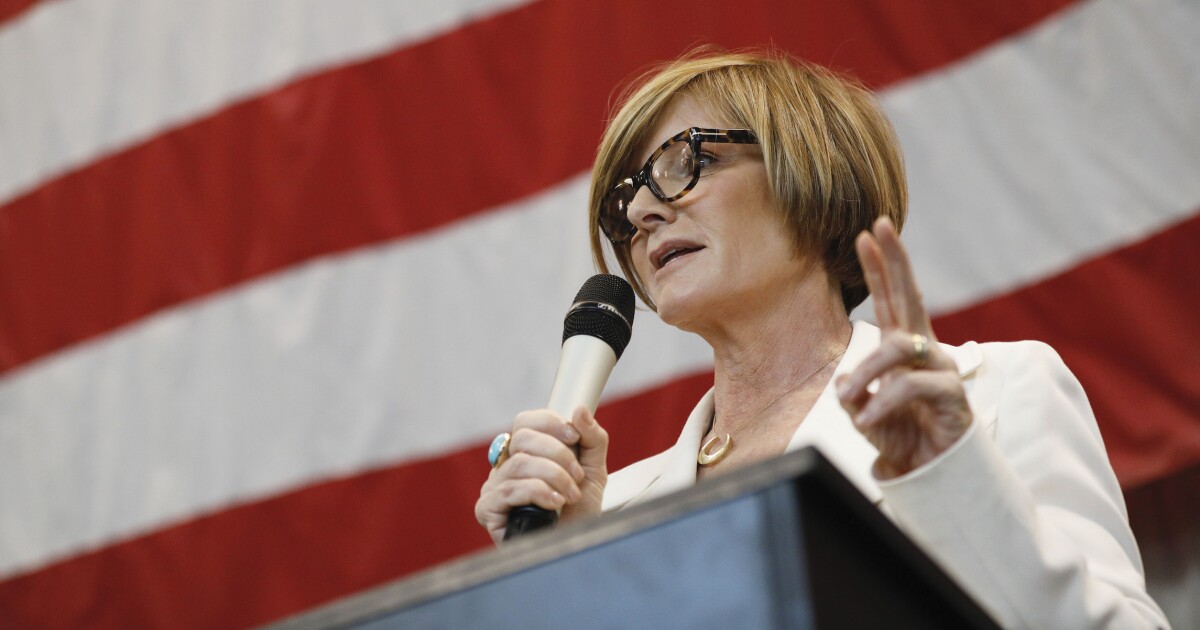 April Becker has won the Republican primary in Nevada’s 3rd Congressional District, emerging from a crowded field for a chance to flip the Democratic-held seat.

April Becker has won the Republican primary in Nevada’s 3rd Congressional District, emerging from a crowded field for a chance to flip the Democratic-held seat.

Becker listed election integrity, solving the homelessness crisis, securing the southern border, and creating jobs as some of her top priorities.

The race is considered a “toss-up” by the Cook Political Report, and the GOP has targeted it as a potential pickup opportunity in its quest to take back the majority in the House.

After redistricting, the district includes the western half of the Las Vegas metropolitan area as well as the southern tip of the state. Rep. Susie Lee, a Democrat, has represented the district since 2019, and the last Republican elected there retired in 2017.

The new map has endangered Democratic control of Nevada’s southern congressional districts, earning the ire of the current officeholders. Rep. Dina Titus in the neighboring 1st District exclaimed that she “totally got f***ed” by the state Democratic Party’s mapmaking.

The House district is among three in Nevada Republicans are trying to snag from Democrats. House Republicans need to net five seats in the 435-member chamber to win a majority for the first time in four years.