The news of Elon Musk buying Twitter not only illustrated that the anti-liberty left exploits the term liberal, but it also provided a stark political demarcation line.

Are You on the Side of Freedom or Authoritarianism? – American Thinker<!—->

The news of Elon Musk buying Twitter not only illustrated that the anti-liberty left exploits the term liberal, but it also provided a stark political demarcation line.

Have you ever noticed that some people tend to overcomplicate matters when it’s never really justified? People, who insist that things are ‘nuanced’ when they aren’t? Where you don’t have to look at every aspect of a situation and a general evaluation works quite nicely?

In the engineering field, we can get good results for the motion of everyday objects, by simply applying the principles of Newtonian physics while leaving out negligible relativistic effects or taking into account quantum theory. So you have to wonder why some insist on overcomplicating the world when it’s not necessary. Especially when it comes to political matters and the issues of freedom and basic human rights.

We’ve all witnessed the two disparate reactions to Elon Musk buying Twitter to restore free speech on the platform. Two very divergent responses to the same news story from the two sides of the political spectrum. Anti-liberty leftists losing the plot and what remains of their minds on the one side, while those of us on the pro-freedom right side of the spectrum cautiously hailed this as a step towards the restoration of liberty.

I don’t know about you, but it’s been pretty entertaining to see them lose their collective minds over this. If it didn’t seem like they were Hades-bent on destroying the country, it would be a lot of fun to just break out the popcorn and settle into an easy chair and watch them get upset over something they supposedly all support.

Consider this quick video test posed by Tucker Carlson the other night. Searing scenes covering the building and the initial escapes over the Berlin Wall (officially known as the “Antifascistischer Schutzwall” or “antifascist bulwark” Isn’t it interesting how the anti-liberty left always sticks to its roots?), along with the tearing down of the wall with the utter collapse of socialism, followed by images of the ‘Tank man’ from the day after the violent suppression of the Tiananmen Square protests.

He then asked the question: Who do you sympathize with? The people, including a Vopo escaping over the wall, or the authoritarian socialists who built it? The man or the tank? 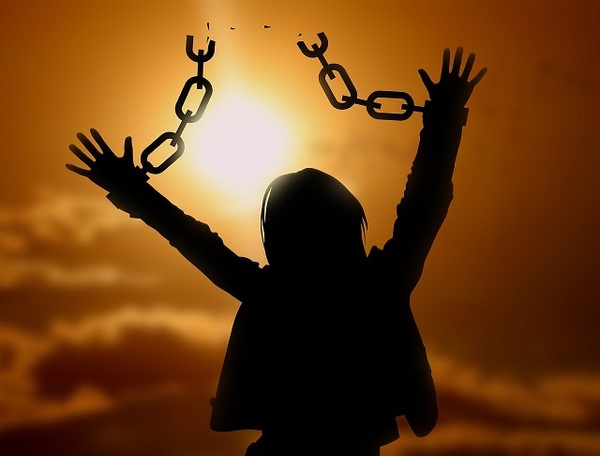 Remember there are times when the world distils down to a binary question, where you are on one side or the other. Sure, the anti-liberty left loves to play games by overcomplicating issues, and we will address that. But for now, which side are you on, freedom or authoritarianism? Because it is obvious the people who only pretend to be liberal and support democracy have no use for either concept once they’ve attained power.

You could assert that the situation is far more ‘nuanced’ than that, but what is the point? It only serves to protect the authoritarians of the liberticidal left. The world is entering a time of extreme danger and division, a time when we need the clarity of logical constructs instead of the fog of nuance and feeling. According to Robert A. Heinlein:

Political tags — such as royalist, communist, democrat, populist, fascist, liberal, conservative, and so forth — are never basic criteria. The human race divides politically into those who want people to be controlled and those who have no such desire.

“The human race divides politically into those who want people to be controlled and those who have no such desire…” Does anyone want to make a guess who we’re talking about in the first part of that?

The political grouping we’re talking about tends to have a serious power fetish. They also have a major PR problem in that people don’t like control freaks. So, they must hide their desire for authority as something for the ‘common good’ and overly complicate matters to hide what is going on. The anti-liberty left chooses to complicate the issue to avoid looking like the stark authoritarians that they are. Therefore, it’s to their advantage to insist that it’s more than an issue of liberty.

We are all too familiar with the fact that they have graciously bestowed a label on themselves that falsely implies they are supporters of liberty. It doesn’t matter that the term ‘liberal’ has negative connotations in some circles. All that matters is that it has that positive-sounding ring to it that is closely associated with the concept of liberty.

Those people constantly insist that they are supporters of liberty and democracy. Anti-liberty leftists are forever insisting they are ‘liberal’ and of course, their socialist national party is a permanent advert that they are for ‘democracy’. Except that you can’t have liberalism without liberty and you can’t have a constitutional republic if one side can arbitrarily silence the other. It’s almost a subliminal advertising campaign along with their being for ‘progress’ and ‘democracy’.

The problem for them is that they can’t actually come out against free speech. They had to scramble around to find other reasons when it came to the acquisition of Twitter by Elon Musk. They must overly complicate the issue to cover for their naked authoritarianism.