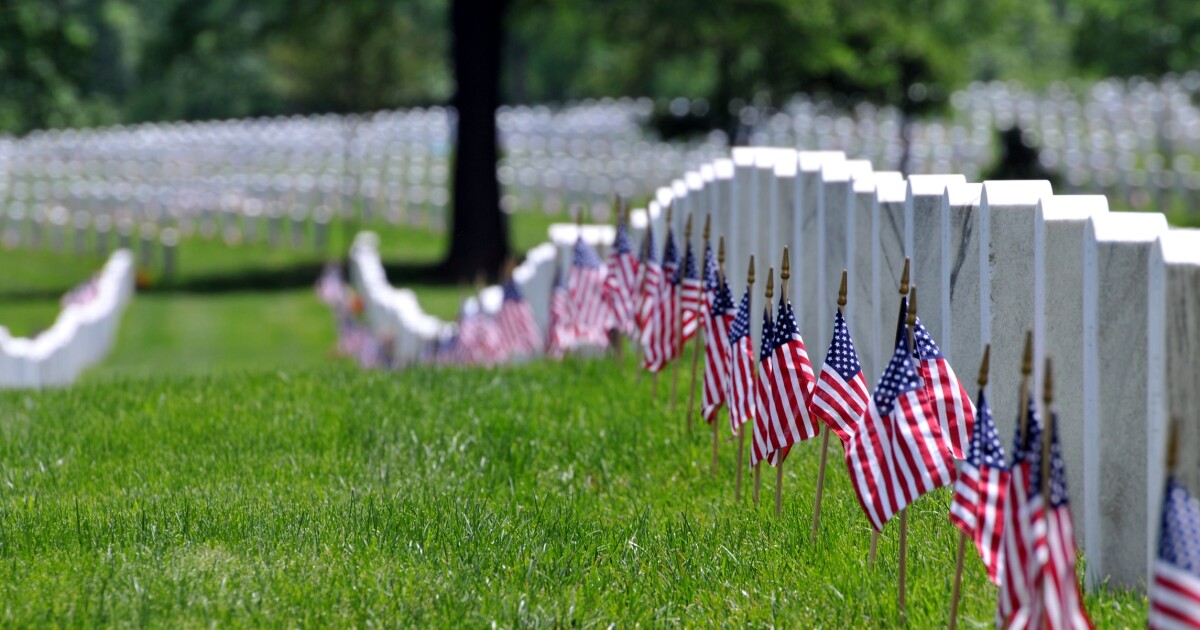 The U.S. Army Military District of Washington will participate in the ceremony at the Tomb of the Unknown Soldier, and the Department of Defense will then host an observance program.

President Joe Biden will lay the wreath at the ceremony, which Maj. Gen. Duane R. Miller, the provost marshal general of the Army, will host. The ceremony will also be streamed online.

The Tomb of the Unknown Soldier was proposed in December 1920 by New York Rep. Hamilton Fish Jr., a World War I veteran who suggested that the United States bury an unknown soldier at a special tomb to be built in Arlington National Cemetery.

“The Unknown Soldiers gave their lives and their identities in service to our nation. We had such an overwhelming response to the flower ceremony during the Centennial Commemoration of the Tomb of the Unknown Soldier in November 2021 that we will again allow our visitors to honor and respect their sacrifice by placing flowers at their graveside,” said Arlington National Cemetery Executive Director Karen Durham-Aguilera.

A handful of veterans groups spent their Memorial Day weekend rallying the Senate to pass the recently unveiled legislation on expanding healthcare access for veterans suffering from toxic burns, a common disease that soldiers who served in Afghanistan and Iraq were exposed to during those wars.