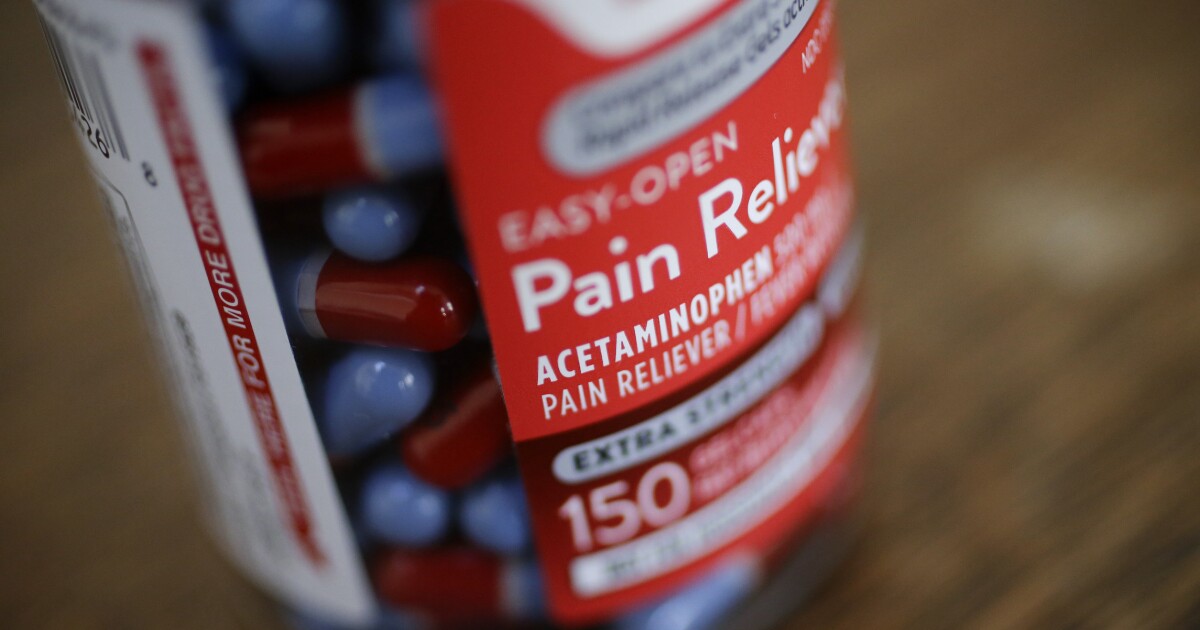 Pregnant women who took over-the-counter pain relievers such as ibuprofen and acetaminophen were at higher risk of experiencing stillbirth, miscarriage, and delivering their babies pre-term, according to a massive new U.K. study.

Pregnant women who took over-the-counter pain relievers such as ibuprofen and acetaminophen were at higher risk of experiencing stillbirth, miscarriage, and delivering their babies pre-term, according to a massive new U.K. study.

Researchers in the United Kingdom surveyed records of more than 151,000 women who gave birth in the Aberdeen Maternity and Neonatal Databank between 1985 and 2015. The vast majority of women, over 83%, who were pregnant reported using an over-the-counter analgesic to relieve common symptoms such as joint pain in the first trimester. They studied five common pain relievers — acetaminophen, ibuprofen, aspirin, diclofenac, and naproxen. Women who took at least one of five over-the-counter painkillers during pregnancy were at a 50% higher risk of premature delivery and 33% more likely to experience a stillbirth.

They also found that babies born to mothers who took at least one of the five over-the-counter analgesics were 64% more likely to have birth defects of the brain, spine, or spinal cord and 57% more likely to be transferred to the neonatal intensive care unit to receive specialized care.

Pregnant women are generally discouraged from taking nonsteroidal anti-inflammatory drugs such as aspirin, Advil, and Aleve due to the risk they pose of causing neonatal kidney damage and high blood pressure in the baby’s lungs, particularly in later stages of pregnancy. Acetaminophen was especially common, with 55% of the pregnant women the U.K. researchers studied reported using it.

The risk of severe birth defects was even higher when acetaminophen was combined with nonsteroidal anti-inflammatory drugs.

“Different compounds can affect the mother and the fetus in a different way, and their combined use might worsen the risk for offspring ill health,” the U.K. authors said. “This study demonstrates the need for additional research before the field can be confidently directed towards one direction or the other.”

Acetaminophen has been deemed generally safe for pregnant women, but the U.K. study’s findings suggest that pregnant women should be more cautious about taking it. While the American College of Obstetricians and Gynecologists said that acetaminophen is “one of the only safe pain relievers for pregnant individuals during pregnancy,” some scientists think otherwise. A consensus statement written by a group of medical experts in the journal Nature Reviews Endocrinology last year argued there was a link between prenatal exposure to acetaminophen and fetal development issues pertaining to the brain and reproductive system.

The findings in the U.K. study signal that additional research into the effects of over-the-counter medications will be necessary to determine whether alternative pain-relieving methods should be explored. The authors were concerned that rates of stillbirths, low birth weight, miscarriages, and poor neonatal health would increase as the use of pain relievers among pregnant women increases.

Overall, 29% of pregnant women reported using an analgesic, but that rate shot up to about 60% in the last seven years of the study.

“The increased risks of adverse neonatal outcomes associated with non-prescribed, over-the-counter, analgesics use during pregnancy indicate that healthcare guidance for pregnant women regarding analgesic use need urgent updating,” the researchers concluded.