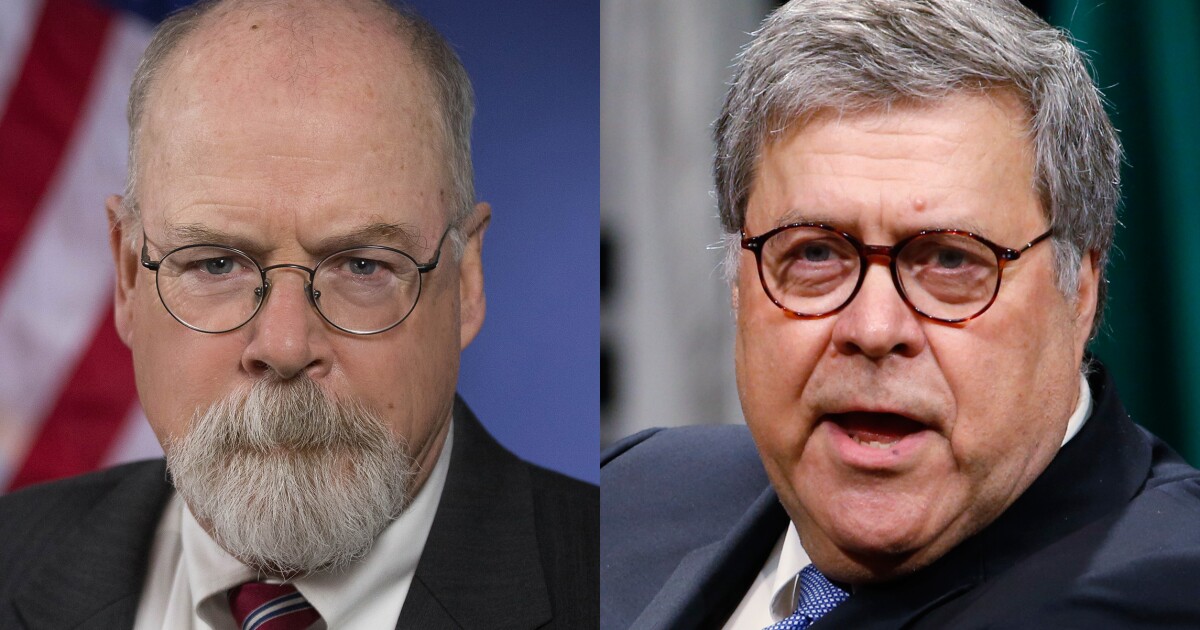 The trial of Democratic cybersecurity lawyer Michael Sussmann has shown how Hillary Clinton’s 2016 campaign and its allies spread theories tying rival Donald Trump to Russia in the final months of the election, providing evidence for those who have long argued there was a so-called Russiagate plot to undermine Trump’s candidacy and later his presidency.

This Alfa-Bank matter tied to the Clinton team may not have spurred the FBI’s investigation into Trump’s links to Russia, but Barr said he accepted the chance to become attorney general, his second stint, because he believed a “constitutional crisis” was afoot. Barr took charge of the Justice Department in February 2019, overseeing the roll-out of special counsel Robert Mueller’s Trump-Russia findings, and appointed Durham to investigate the origins and conduct of the Russia inquiry, dubbed a “witch hunt” by Trump.

“I think whatever you think of Trump, the fact is that the whole Russiagate thing was a grave injustice. It appears to be a dirty political trick that was used first to hobble him and then potentially to drive him from office,” Barr told BlazeTV host Glenn Beck in a recent episode of his podcast.

Barr also said, “I believe it is seditious,” but he stressed criminality would have to be determined in court.

Sussmann is charged with lying to the FBI about whom he was representing when, in September 2016, he presented internet data that suggested a now-discredited link between Trump and a Russian bank. In particular, Sussmann was indicted for allegedly concealing his clients — Hillary Clinton’s 2016 presidential campaign and “Tech Executive-1,” known to be former Neustar executive Rodney Joffe — from FBI general counsel James Baker. Sussmann denies lying to the FBI and has pleaded not guilty.

His trial took place over the last two weeks in Washington, D.C., and the jury has begun deliberations.

One revelation during the trial came from Robby Mook, the campaign manager for Clinton in 2016, who said the candidate personally signed off on sharing since-debunked Trump-Russia allegations related to Alfa-Bank with the media during the election. During the trial, Mook admitted he was not confident in the veracity of the Alfa-Bank claims when the decision was made to share them with the press but claimed the media would help vet the information. “We wanted the American people to know about it, yeah,” he said when asked if the campaign was pleased the allegations were published. No one involved with the Clinton campaign has been charged with any crimes in Durham’s investigation.

Barr said the lingering cloud of Russian collusion had wide-ranging consequences that stretch to this day with Russia’s war in Ukraine.

“It was a gross injustice, and it hurt the United States in many ways, including what we’re seeing in Ukraine these days. It distorted our foreign policy, and so forth,” he said.