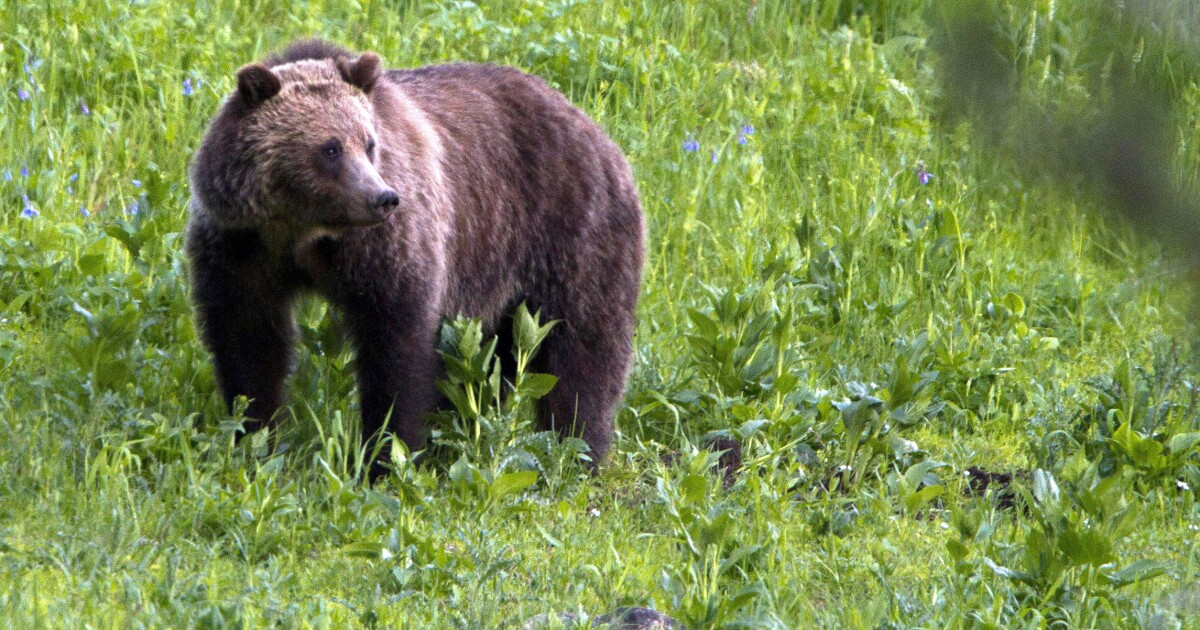 Concerns about a recession are on the rise as the stock market tumbles into some hairy territory.

Concerns about a recession are on the rise as the stock market tumbles into some hairy territory.

The S&P 500 on Friday briefly entered bear market territory, a term that means that an index has dropped by at least 20% from a recent high. After recovering slightly Friday afternoon, the S&P 500 has fallen just under 19% since the start of the year, its most recent peak.

The tech-heavy Nasdaq has already been in bear market territory for some time. It has been off by more than 20% from its most recent high in March and is down about 30% from the start of the year.

The Chicago Board Options Exchange Volatility Index, better known as the VIX, is intended to gauge fear in the markets. The index was up more than 92% since the start of the year, an enormous jump that illustrates the immense anxiety investors have about the future of the economy.

With the markets turning bearish, alarm bells are flashing red for a recession. Bear markets are not the same as recessions, although they typically precede them.

Desmond Lachman, a senior fellow at the American Enterprise Institute, said that while stock market declines don’t always portend a recession, the sheer volume of the individual wealth that has been wiped out in recent months raises serious concerns.

Lachman said the stock market is roughly 200% of the country’s gross domestic product, so if the markets have declined 20%, that’s 40% of GDP in wealth that has been destroyed.

“So you’re talking about something like $10 trillion has just evaporated, and that’s a very sudden move because the market peaked [earlier this year], so you’re talking about in four months, people are now $10 trillion less wealthy than they were before,” Lachman told the Washington Examiner. “So that is a reason why, on top of everything else, it’s another negative force on the economy.”

Various forecasters are trying to put their thumb on exactly what the chances of a full-blown recession are.

A recession is defined by the National Bureau of Economic Research, a private academic group, as “a significant decline in economic activity that is spread across the economy and that lasts more than a few months.” Some see it as two consecutive quarters of negative GDP growth.

GDP decreased at an annual rate of 1.4% in the first quarter of this year. If GDP contracts again, it would signal a recession, although a survey of forecasters by the Federal Reserve Bank of Philadelphia found that the consensus was that GDP will grow by 2.3% annually this quarter.

Still, the economy is looking much weaker now than it was just three months ago when the same survey predicted 4.2% GDP growth in the second quarter.

The National Association for Business Economics released a survey of forecasters Monday that found 27% of panelists thought a recession would occur in the second half of 2023, while 25% expected a recession either by the end of this year or in the first half of next year.

Richard DeKaser, executive vice president and chief corporate economist at Wells Fargo, told the Washington Examiner that his firm’s economic model projects a 30% chance of a recession occurring in the next six months alone.

DeKaser said the same prediction model had pegged the odds of a recession in the 5%-10% range at the end of last year and early this year, showing how much the chances have grown in just a few months.

“So it has changed, and there is good cause to be concerned on a variety of dimensions,” he said.

Goldman Sachs predicts that there is about a 35% chance that the economy will crater into a recession during the next two years.

Behind much of the downturn in the markets is the Federal Reserve’s monetary tightening. After years of loose monetary policy, with interest rates at near zero, the Fed is now scrambling to jack up rates in order to crush the country’s punishing inflation.

The half-point hike is akin to two rate increases at once and signals that the Fed is increasingly worried about the country’s breakneck inflation. The last time the central bank took such an aggressive tack was more than two decades ago.

Consumer prices increased a punishing 8.3% in April on an annual basis, near the rate level since the early 1980s. The Fed’s main tool to control inflation is the federal funds rate, the rate paid between banks for overnight lending, which it plans to increase several times this year.

Moving interest rates up is designed to slow spending and thus tamp down rising prices, although there are concerns that if the Fed moves too aggressively in doing so, it will slow the economy down too much and cause a recession.

Fed Chairman Jerome Powell is trying to pull off a so-called soft landing in which the central bank is able to drive down inflation while preventing a recession and a surge in unemployment.

Lachman pointed out that one indicator that the markets could continue to get worse is that the central bank appears to be ruling out a “Fed put,” which is the belief that the Fed will intervene when the stock market starts tanking by pausing its hiking cycle or lowering interest rates.

Federal Reserve Bank of Kansas City President Esther George said this week that while the stock market is suffering, it is not surprising and doesn’t change her support for aggressive future rate hikes.

“I think what we are looking for is the transmission of our policy through markets understanding, and that tightening should be expected,” George said on CNBC. “It is one of the avenues through which tighter financial conditions will emerge.”

Overall, the current sell-off in the stock market doesn’t mean a recession is coming, but it does show that there is a lack of confidence among investors about the future of the economy and that the markets are essentially pricing in a recession.

“I don’t think you can have a completely benign soft landing of the economy at this point,” said Ethan Harris, head of global economics research at Bank of America Corp. “We’re either going to have a weak economy or a recession.”