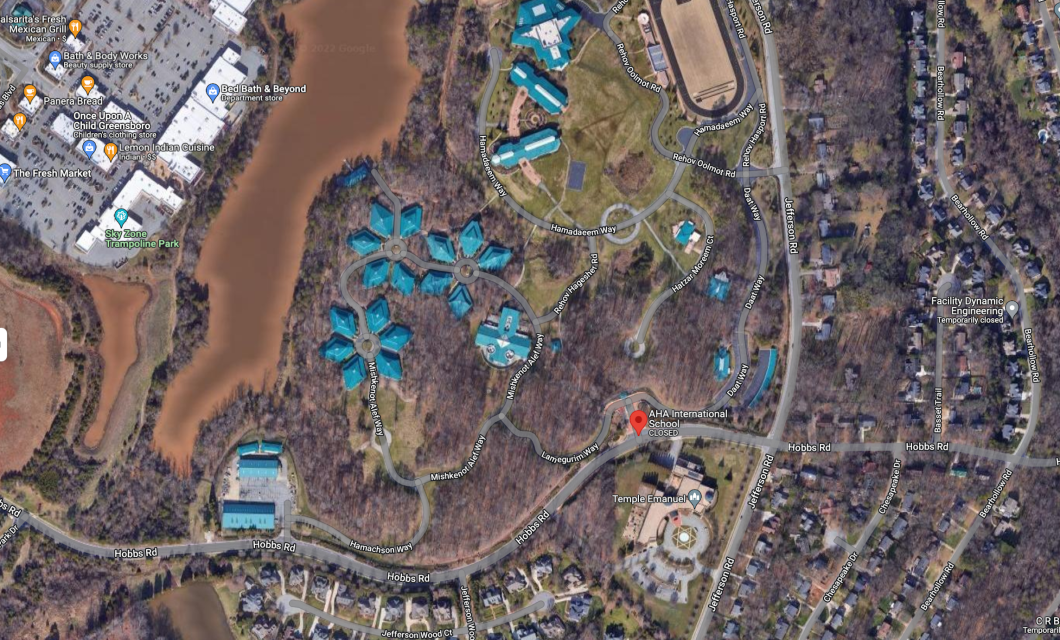 The Biden administration will begin housing unaccompanied migrant children smuggled by cartels across the southern border in a North Carolina community, the Washington Examiner has learned.

The Biden administration will begin housing unaccompanied migrant children smuggled by cartels across the southern border in a North Carolina community, the Washington Examiner has learned.

Potentially thousands of parentless children will be detained at an abandoned school campus within a middle-class neighborhood in Greensboro, North Carolina, before the children are released to sponsors across the country. The government is hiring 800 workers to staff the facility, the American Hebrew Academy said in a statement, an indication of just how wide-scale the operation will become in the next few weeks.

The children are slated to begin arriving in Greensboro as early as next weekend for what could be a massive, long-term undertaking by the Biden administration to detain immigrant children away from the border. The campus is located behind a Target store and directly across the street from a large residential neighborhood.

“It was made perfectly for the situation,” Guilford County Commission Chairman Skip Alston told KFMY. “We are dealing with children. That’s what we have to look into. … These children didn’t ask to be put in those positions. Unfortunately, parents put them in those positions.”

The Office of Refugee Resettlement, a program of the Department of Health and Human Services’s Administration for Children and Families, quietly signed a five-year contract with the American Hebrew Academy in Greensboro this month, allowing the federal government to take over the campus into 2027.

The Washington Examiner had reported in May 2021 of the Biden administration’s plans to use the school campus to house children.

In a House hearing on May 12, 2021, Rep. Richard Hudson (R-NC) asked HHS Secretary Xavier Becerra if the government had sent or was planning to send unaccompanied migrant children from the border to North Carolina.

Lawmakers from across the state balked at the development, stating in a letter to Becerra and ACF acting Director Andrea Chapman Thursday that they had not been made aware of the deal until now.

“Due to the failures of the Biden administration to secure our southern border, every state, including North Carolina, is now suffering from the impacts of the Biden border crisis,” wrote the state’s eight Republican House lawmakers, including Hudson. “The decision to now resettle UACs in Greensboro directly contradicts what you said previously and comes as a complete surprise to us and our constituencies.”

“The American Hebrew Academy will also be contracted to provide the educational programming,” the school’s board of directors said in a statement. “The federal agency will provide classroom education, mental and medical health services, case management, translation services, legal services, and recreational facilities. The program will also provide unification services that facilitate timely release of minors to family members or other vetted sponsors, according to ORR.”

“Literacy, life skills, and critical thinking will exist at the core of the learner’s experience. By providing a positive educational experience, we will ultimately raise the learner’s understanding of humanity,” the GGA site reads. “We have full-time positions available as teachers, teacher assistants, technology support, and administrative personnel.”

“This will also have a significant impact on the local economy,” Greensboro Mayor Nancy Vaughan said in a statement. “The new positions needed to support the federal program will be hired to provide services at the facility. And this comes without any incentives from the city. Hiring is currently underway, and they are in particular need for Spanish-speaking professionals.”

The eight lawmakers asked HHS to provide additional information about the government’s plan, including when it began considering the Greensboro site and how it will ensure the children receive proper care.

ORR is responsible for holding children who have come across the southern border without a parent or guardian. Children are taken into custody by Border Patrol agents and then transferred to ORR, whose employees will hold the children for approximately one month while they search for a sponsor in the United States who will care for the child.

In February 2021, the Biden administration chose to stop turning away children without guardians despite a pandemic policy that mandated it. As a result, more than 18,000 children showed up at the U.S.-Mexico border in March 2021, the most recorded in a single month. A child’s family pays the cartels several thousands of dollars to smuggle the child to and across the border.