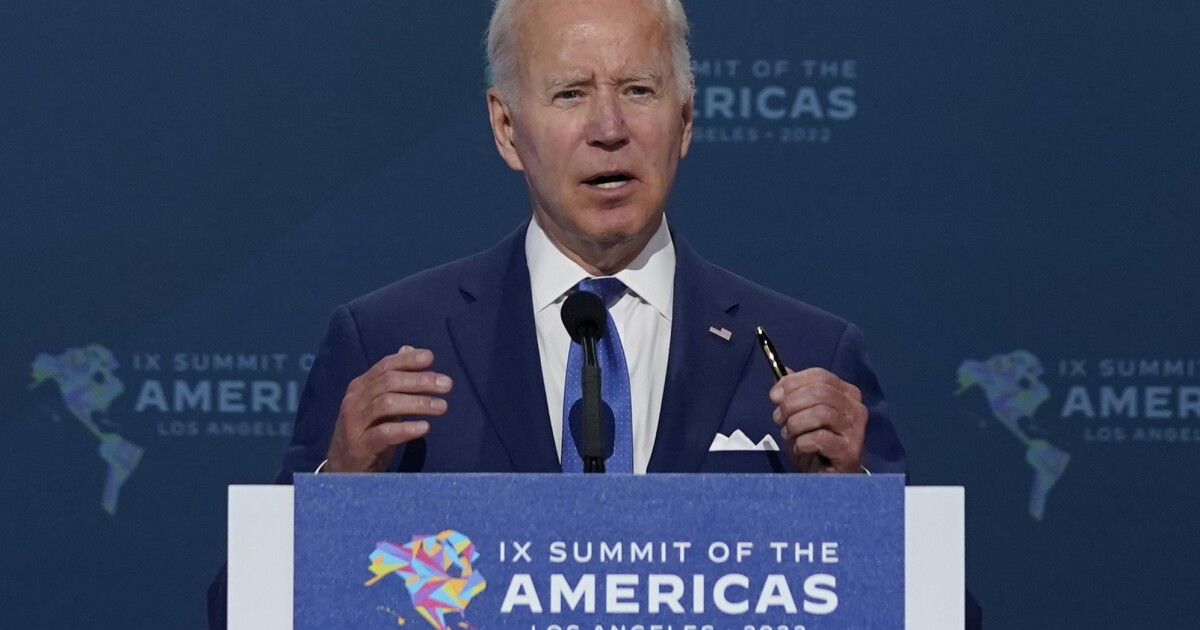 President Joe Biden vowed to attendees at the ninth Summit of the Americas in Los Angeles to build on the work started by the Obama administration to help U.S. neighbors invest in clean and renewable energy technologies.

President Joe Biden vowed to attendees at the ninth Summit of the Americas in Los Angeles to build on the work started by the Obama administration to help U.S. neighbors invest in clean and renewable energy technologies.

Biden frequently harkens back to his tenure in the Obama administration, during which he was vice president, as evidence of his ability to advance liberal proposals, but his comments Thursday come as his own approval ratings have slipped to their lowest point since he entered the White House in January 2021.

By contrast, former President Barack Obama consistently polls atop the ranks of modern Democratic politicians and remains a global figure following his departure from the White House in January 2017.

“We’re committing to not just the energy transition but to make sure communities that have been historically marginalized are able to share equally in the gains with equitable access to both good-paying jobs we’ll create and the affordable clean energy that will be made available,” he commented at the top of the summit’s plenary session. “I’m going to continue to work just as I did when I was vice president, with Barack Obama, to promote trade and investment in clean energy, including using the United States International Development Finance Corporation to help countries that need assistance to assess financing and to help the region reach ambitious renewable energy goals by 2030.”

“The bottom line is this: The Western Hemisphere is home for all of us,” he added near the tail end of his remarks. “Back in 2013, when I was vice president to Barack Obama, he asked me to lead our engagement with the region, and I said we should be talking about the hemisphere,” he added.

“Over the past decade, our region has changed. The challenges we face have changed, and so our policies and our solutions have to change as well,” the president closed. “But I want to be very clear: My fundamental view and my approach to the atmosphere has not changed. I still believe what I said then. I hope that you do too.”

Listen to Biden’s remarks in full below: