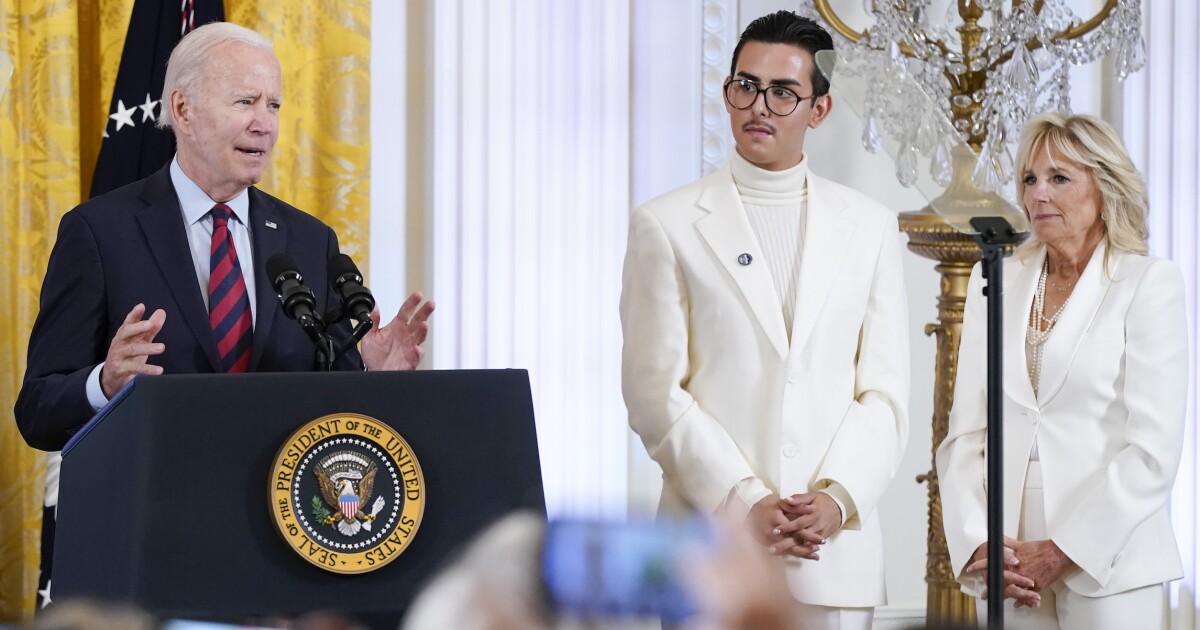 President Joe Biden promised to use the "full force of the federal government" to promote and protect the LGBT community Wednesday afternoon as he signed a wide-ranging executive order at the White House.

President Joe Biden promised to use the “full force of the federal government” to promote and protect the LGBT community Wednesday afternoon as he signed a wide-ranging executive order at the White House.

Standing in a packed East Room filled with hundreds of advocates, Biden promised to run the most supportive administration in history.

“Last year, we hosted this event, and the message was simple,” he said. “Pride is back at the White House.”

Joe Biden touted his administration as looking like America and having more LGBT members than every other presidential administration combined. He then listed some of his moves in office, such as ending the ban on trans people serving in the military.

The sweeping executive order aims to curtail the practice of so-called conversion therapy, prevent youth suicide, and allow the homeless to seek shelters consistent with their gender identity. The president also took credit for creating an “X” gender option on U.S. passports, among other actions.

Jill Biden spoke at the ceremony ahead of her husband, as did 18-year-old Florida activist Javier Gomez, who organized protests against the state’s Parental Rights in Education bill.

Gomez credited his openly gay fifth grade teacher for helping him understand his identity and navigate the process of coming out.

“I fear other students in Florida and across the country will not be able to get the same support because of hateful legislation like the ‘Don’t Say Gay’ bill,” Gomez said. “But my presence here is a testament that we are fighting back.”

After taking the stage, Joe Biden joked that Gomez would one day become president himself and said Gov. Ron DeSantis (R-FL) was “going after Mickey Mouse, for God’s sake.”

“Right now, there are young people sitting in their bedroom, doors closed, silent, scrolling through social media, staring at the ceiling, wondering if they’ll ever be loved, ever marry, ever have a family and be accepted by their own families,” he said.

But his own policies will help, the president added.

“Today, I’m about to sign an executive order that directs key federal agencies to protect our communities from those hateful attacks,” Joe Biden said. “My order will use the full force of the federal government to prevent inhumane practices of conversion therapy. This is the first time the federal government is leading a coordinated response against this dangerous, discredited practice.”

The president finished by repeating one of the slogans from his 2020 presidential campaign.

“We’re in a battle for the soul of this nation, and that’s not hyperbole,” he said. “When I look at all of you today, it’s a battle I know we will win.”